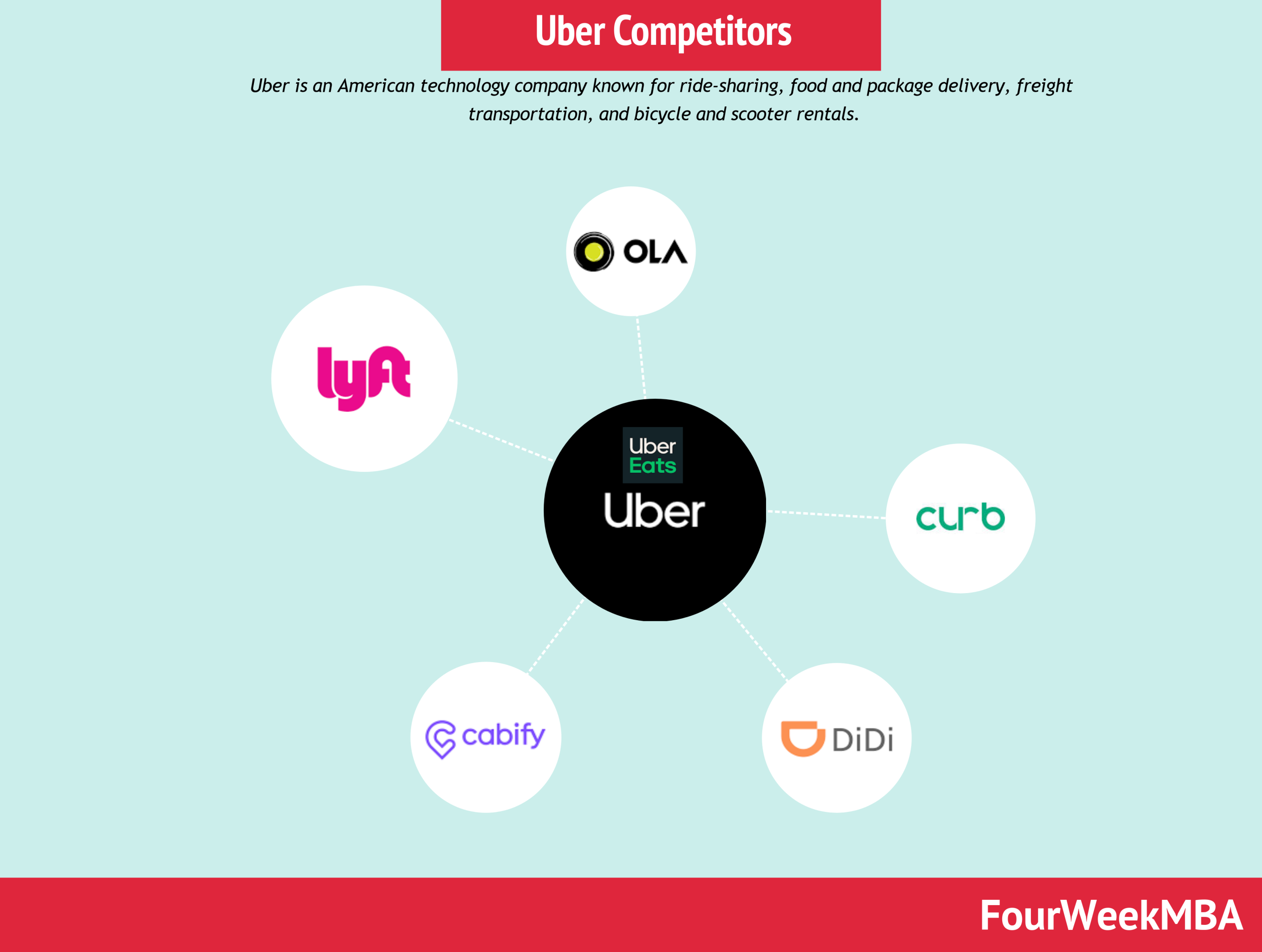 Uber is an American technology company known for ride-sharing, food and package delivery, freight transportation, and bicycle and scooter rentals.

Lyft was founded by Logan Green and John Zimmer in 2012, operating in 656 cities across the United States and Canada. The service is also available in a select number of cities within the Asian market, including Malaysia, Thailand, Indonesia, and Singapore.

Lyft is the second-largest ridesharing company in North America after Uber.

In addition to traditional ride-sharing and food delivery services, Lyft is also working on developing a network of autonomous vehicles with General Motors.

Importantly, Curb is an app-based service connecting consumers with professional, insured, and fully licensed taxi or chauffeur drivers. This makes it a rather unique Uber competitor as its business model is not seen as detrimental to the taxi industry.

Curb users can search for and book rides instantly, but the company also targets travelers by allowing rides to be scheduled up to 24 hours in advance.

DiDi is a Chinese ride-hailing service born from the merger of China’s two largest taxi firms.

With over 600 million users and tens of millions of drivers, Didi is often referred to as the Uber of China. In addition to ride-sharing and delivery services, Didi offers automobile sales, leasing, financing, and maintenance. The company also offers fleet operation services and electric vehicle charging points.

DiDi was voted the most valuable start-up in 2017 and is the only company in China to see investment from the big three Chinese firms in Tencent, Baidu, and Alibaba. With successful expansion into other areas of Asia, Oceania, and South America, DiDi is a serious threat to Uber’s supremacy.

Cabify is a Spanish ridesharing company founded in 2011 by Juan de Antonio.

Cabify gives consumers the option to select luxury or non-luxury vehicles. The company also offers larger vehicles for groups of up to 6 people.

Founded in Bangalore in 2010, Ola extended into New Zealand and Australia in 2018 and the United Kingdom the following year.

Ola offers different levels of ride-sharing comfort, ranging from economy rides to luxury travel. The company also has a strong focus on electric vehicles and is developing infrastructure to allow commercial EVs to operate at scale.

Unfortunately, Ola has not been immune to many of the issues facing the ride-share industry. The company has been criticized for a lack of transparent employee payments and for causing congestion in major cities.