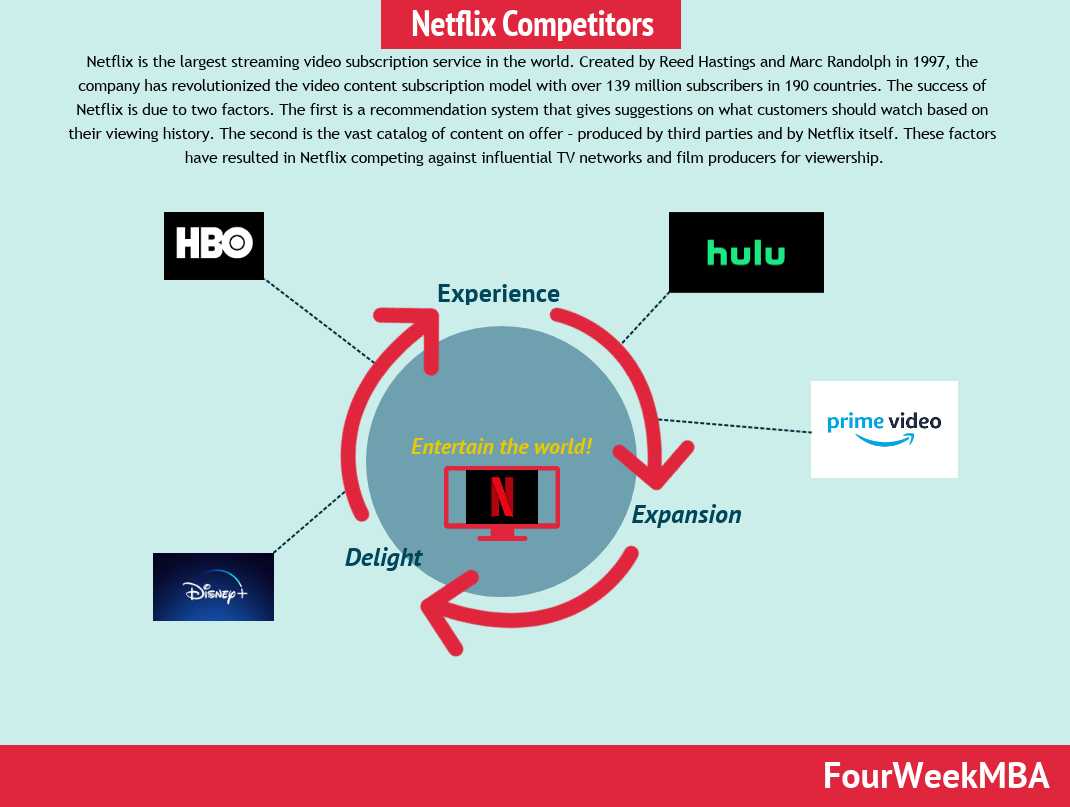 Netflix is the largest streaming video subscription service in the world. Created by Reed Hastings and Marc Randolph in 1997, the company has revolutionized the video content subscription model with over 139 million subscribers in 190 countries. The success of Netflix is due to two factors. The first is a recommendation system that gives suggestions on what customers should watch based on their viewing history. The second is the vast catalog of content on offer – produced by third parties and by Netflix itself. These factors have resulted in Netflix competing against influential TV networks and film producers for viewership.

Prime Video launched in 2006 and has already earned 150 million subscribers in 200 territories globally.

The platform is available to existing Amazon Prime users, giving them access to thousands of movies, shows, music, and documentaries. Like Netflix, Amazon has recently begun producing its own content under the Prime Originals banner.

In emerging economies with poor connectivity, users can download videos to watch offline. At present, a yearly Amazon Prime Video subscription can be had for $119 per year – or $9.92 a month. This is significantly cheaper than two of Netflix’s three pricing tiers.

Disney Plus offers a wide range of content, including the Star Wars and Marvel franchises, animated masterpieces, and documentaries. After acquiring Fox in 2019, Disney further expanded their catalog to include classics such as The Simpsons.

Given the longevity of parent company Disney, the streaming service also features content stretching back 70 years. This gives Disney Plus a certain nostalgia for many viewers that Netflix will find impossible to replicate.

At $6.99/month or $69.99 for a year, Disney Plus is more cost-effective than even the cheapest Netflix plan.

HBO has been creating premium content for over 40 years. However, the company is a relative newcomer to streaming with 50 million subscribers in the USA and a presence in Latin America and Europe.

HBO on Demand is home to some of the most popular shows in recent history. This includes Doctor Who, Friends, and Game of Thrones.

In 2015, the company launched HBO Now as a direct-to-consumer service with no requirement to subscribe to a cable or satellite system. HBO Max was launched in 2020, incorporating content from Turner, Warner, and Warner Bros. Pictures.

Hulu is a unique Netflix competitor in the sense that it gives consumers access to content right after it has aired on major networks. In fact, Hulu’s view on demand (VoD) catalog features over 85,000 series episodes.

Hulu has also secured access to the majority of FX channel original content, giving it a slight edge over Netflix. It also has produced popular original content such as The Handmaid’s Tale.

The company has managed to secure close to 40 million users in the United States alone, second only to Netflix. This has been achieved through a proactive strategy of discount promotions and the packaging of streaming content with live television.