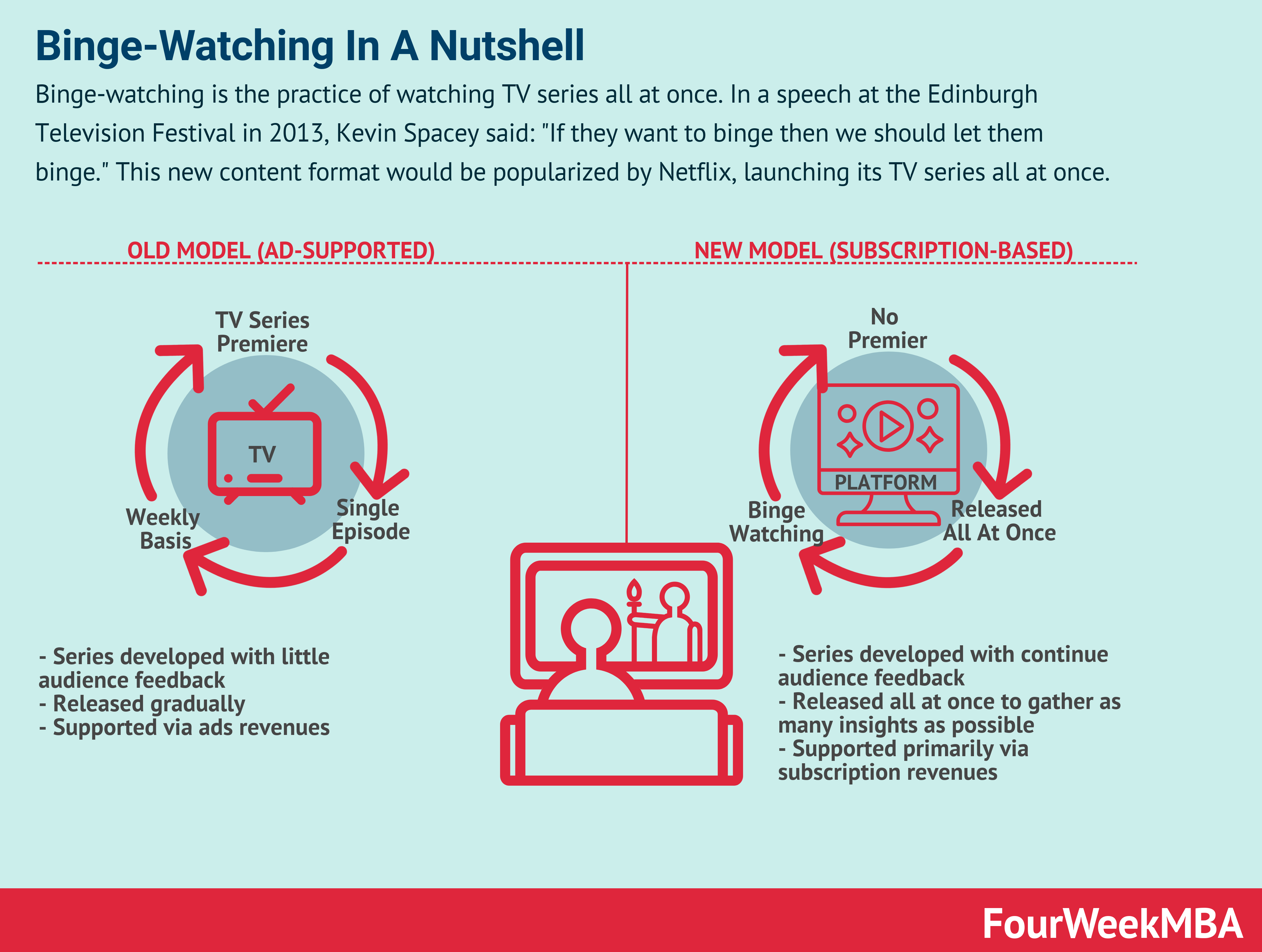 Binge-watching is the practice of watching TV series all at once. In a speech at the Edinburgh Television Festival in 2013, Kevin Spacey said: “If they want to binge then we should let them binge.” This new content format would be popularized by Netflix, launching its TV series all at once.

Speaking at the Edinburgh Television Festival, he urged the industry to nurture talent and give audiences: “what they want, when they want it.”

And Kevin Spacey continued: “If they want to binge then we should let them binge.”

He stressed how the media industry could learn from the unlearned lesson from the music industry: “Give people what they want, when they want it, in the form they want it in, at a reasonable price, and they’ll more likely pay for it rather than steal it.”

The lean methodology of screenwriting

He finally felt free to produce content without too much pressure and express what he had been thinking about for almost a decade!

After almost two decades as a screenwriter, in 2016, he had launched a successful series in Spain, Vis a vis.

In the same year, Álex left the production house he worked for (Globomedia) and started his own business.

Since 2008, he had this project in mind, which was more the fruit of the passion that Álex, together with his colleagues, had.

They wanted to develop a series and script without too much interference from the production house.

He attempted something never done before on the Spanish television, that of developing a heist story, which would turn in a successful series launched on a Spanish National TV.

While the storyline of Casa De Papel was written down since the start, its finest details would be developed throughout the launch of the series.

Enabling producers to understand the reaction of the audience as more episodes would get consumed.

Also Kevin Spacey highlighted during his 2013 speech, how the launch and release of many episodes at once would provide strong feedback to content-makers around how people reacted to their behavior.

This new model would become the rule as media platform businesses would take off.

A matter of business modeling

In 2018, Netflix bought the rights to distribute Casa De Papel on its global platform, to see it become the most-watched non-English series.

Netflix changed the name of the series to Money Heist, and the rest is history!

Powered by a global platform, driven by a subscription service, Netflix could push out the whole series without advertising in between, by releasing the whole series at once (instead of pacing that on a weekly basis), which made people develop the so-called binge-watching habit (or addiction).

So if you think that binge-watching and content formats are all a matter of artistic choices, you’re missing the point.

When bypassing the old media business model becomes the rule

As the episodes are released new seasons might be produced with or without audience feedback.

The new model instead has learned to widely gather audience behavior and feedback as part of the overall production process.

The new model isn’t intrinsically better than the old model. However, from this new model, the fabric of modern culture is coming out. So old models better understand that.

And we can see in action how a revenue model of a platform (Netflix is based on subscription revenues) pushed the same platform toward new content formats (series vs. single movies, and shorter episodes vs. TV series episodes).

A distribution channel is the set of steps it takes for a product to get in the hands of the...