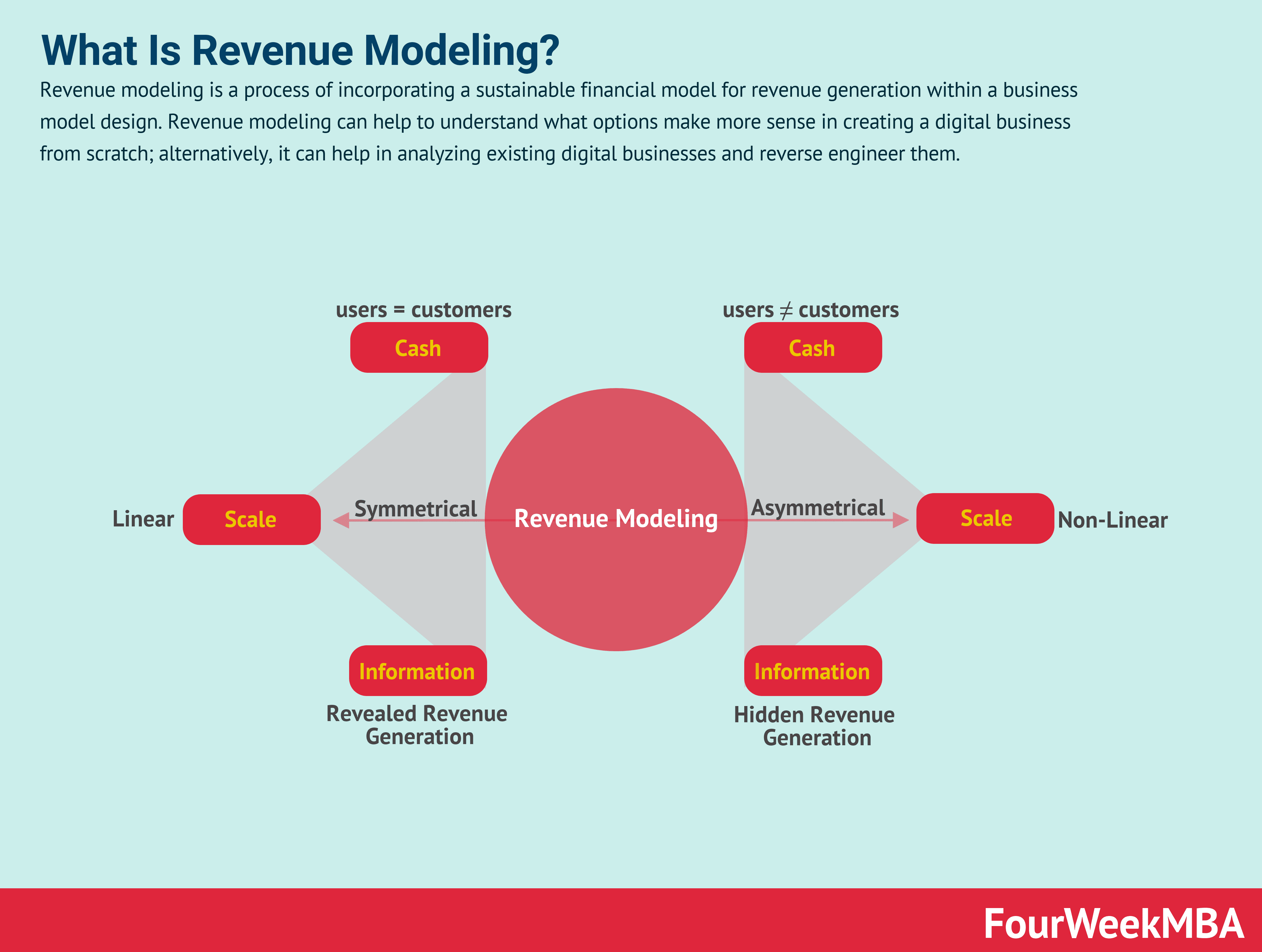 What is a business model?

What is a revenue model?

For the sake of this guide, we’ll look at a key distinction: symmetrical vs. asymmetrical in several contexts. Remember that all classification methods have flaws and we can only take them into account as long as they help us better tune an existing business model.

I decided to use this classification, but any alternative classification works as long as we are able to grasp and understand the possibilities we have in terms of business model design.

In this particular case, we’ll look at revenue modeling by keeping a key distinction between symmetry and asymmetry from three different perspectives.

Cash: who pays the bill?

In such a business model, the platform assembles the anonymized data of its users who get a free service in exchange.

The assembled data gets processed (by the platform AI and algorithms) and it’s used to scale the platform, build a valuable core asset that can be financed by a set of customers willing to pay for it.

Think of how Google sells ads to companies, while its core products are all free to users.

Think of how Netflix‘s users are also its customers.

Information: does the user know how the platform make money?

If there is information asymmetry it means there is one of the parties which knows more than the other side.

In a hidden revenue generation model, the users of the platform ignore how it makes money while the platform knows a lot about its users.

In a symmetrical model, revenue generation is revealed, thus enabling the customers to know what they get for the service paid.

Scale: does the platform retain its margins as it scales?

Scale is the ability of a company to grow exponentially while keeping its margins grow with the platform’s revenues.

Symmetrical and Linear: margins tighten as the platform scales

In a linear symmetrical revenue model as the platform scales its margins tighten up, thus reducing the profitability of the platform.

Asymmetrical and Non-linear: margins keep growing as the platform scales

In this chapter, we’ll see some revenue model examples you can use or borrow to build your business model.

Within the Amazon core consumer e-commerce platform, there are two main types of revenue streams:

To enable more capabilities to third party e-commerce stores, and at the same time, guarantee a better experience on its e-commerce (and we can argue also to have more control and margins) Amazon introduced over the years the third-party seller services:

Other Key Components of a Business Model

What Is Poka-yoke And Why It Matters In Business