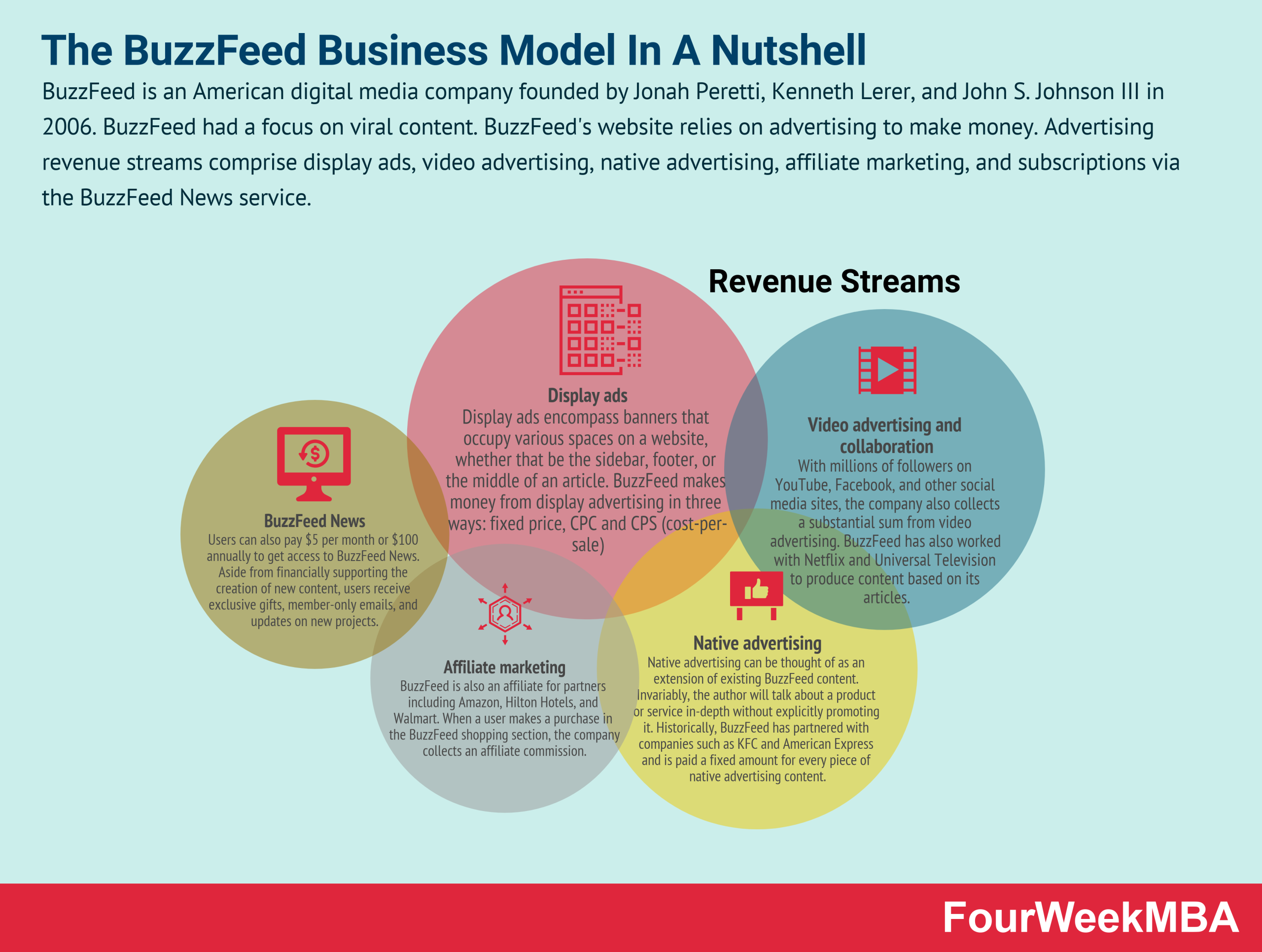 Initially, BuzzFeed had a focus on viral content. Named BuzzFeed Laboratories, the company was a side hustle to Peretti’s primary role at the Huffington Post. During this period, BuzzFeed consisted of an algorithm searching the web for viral articles. There were no employees in the form of writers or editors.

Based on information the algorithm had found, instant messaging client BuzzBot sent users links to popular content. The most popular links were then spotlighted on the site after Peretti redesigned it with a more contemporary look. In 2011, BuzzFeed expanded its scope to incorporate long-form journalism and reportage and has won several awards for journalistic merit.

One visit to the BuzzFeed website and it is clear the company relies on advertising to make money. Let’s take a look at the different types of advertising revenue streams plus a few more below.

Display ads encompass banners that occupy various spaces on a website, whether that be the sidebar, footer, or the middle of an article.

With millions of followers on YouTube, Facebook, and other social media sites, the company also collects a substantial sum from video advertising.

BuzzFeed has also worked with Netflix and Universal Television to produce content based on its articles. This arrangement likely involves a contractual fee. Potentially, there are also ongoing royalty payments.

Native advertising can be thought of as an extension of existing BuzzFeed content. Invariably, the author will talk about a product or service in-depth without explicitly promoting it.

Historically, BuzzFeed has partnered with companies such as KFC and American Express and is paid a fixed amount for every piece of native advertising content.

BuzzFeed is also an affiliate for partners including Amazon, Hilton Hotels, and Walmart. When a user makes a purchase in the BuzzFeed shopping section, the company collects an affiliate commission.

Users can also pay $5 per month or $100 annually to get access to BuzzFeed News.

Aside from financially supporting the creation of new content, users receive exclusive gifts, member-only emails, and updates on new projects.