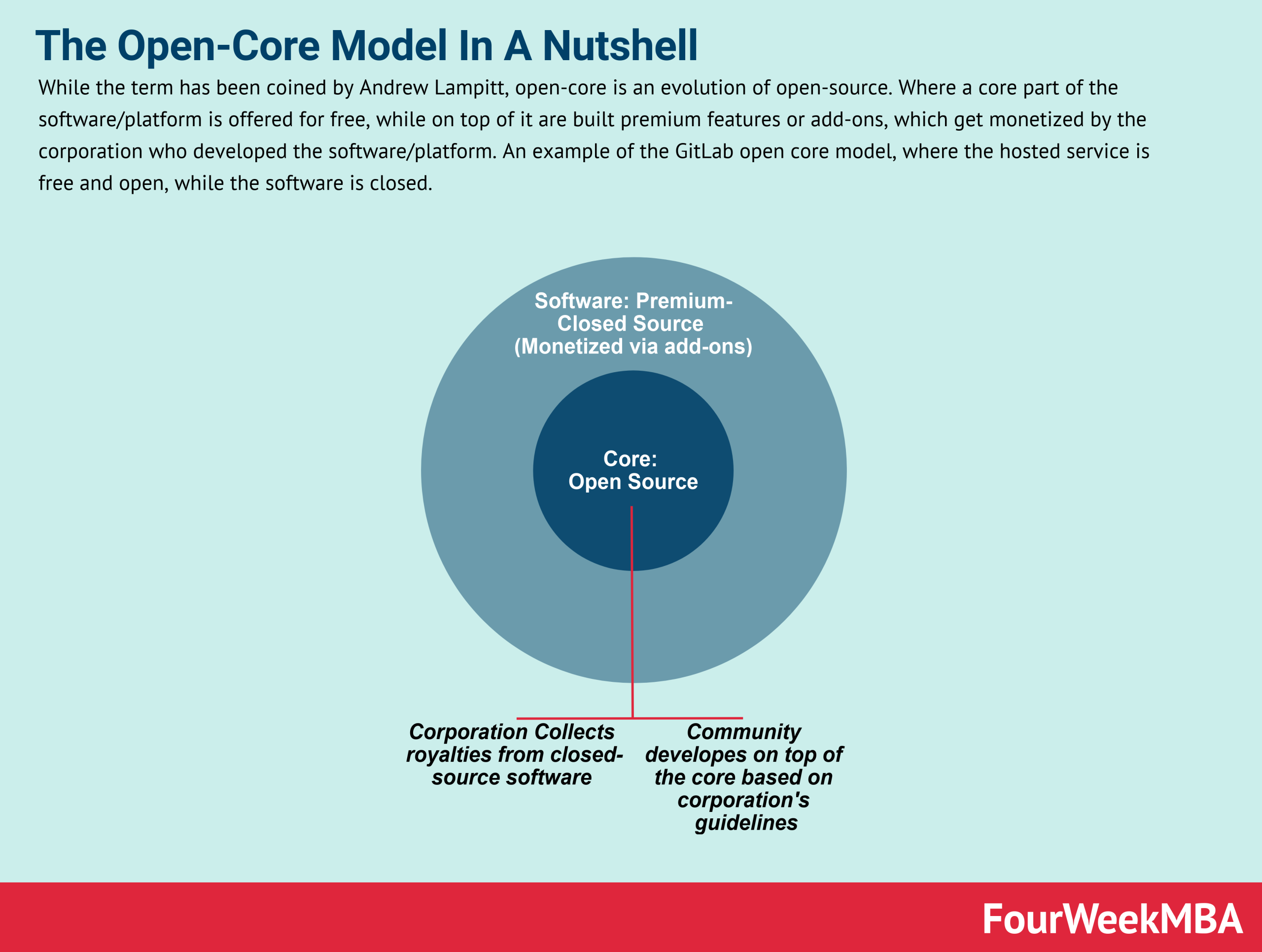 While the term has been coined by Andrew Lampitt, open-core is an evolution of open-source. Where a core part of the software/platform is offered for free, while on top of it are built premium features or add-ons, which get monetized by the corporation who developed the software/platform. An example of the GitLab open core model, where the hosted service is free and open, while the software is closed.

The central value proposition of open source core vendors has been freedom from vendor lock-in. After all, the core elements of the product are open source, developed by a global community. The core product isn’t owned by a single company, but, in almost every meaningful instance, by the Apache Software Foundation (ASF). If the worst happens and we go out of business, the code will live on in the ASF. You’re safe. If you don’t like us, it’s open-source. You’re protected. I don’t know what happens next but hey open source.

Other examples of open-core

As pointed out by cmswire.com

In an open-core model, like Elastic, some portion of the product is free, but the premium version or add-ons are licensed with a commercial license. (Think community edition vs. enterprise edition.) “Here an open-source vendor’s biggest competitor is usually its free version,” said Kellogg.

As pointed out by GitLab:

There are valid criticisms of Open Core. At Open Core Summit in 2019, Deb Bryant of Red Hat highlighted the following four:

Participation Is Constrained. Open Core companies may limit participation to keep premium features from being contributed. – We actively work to grow participation since our missions is that Everyone can Contribute. Also, we do not say no by-default to having existing paid features contributed to our open source project.