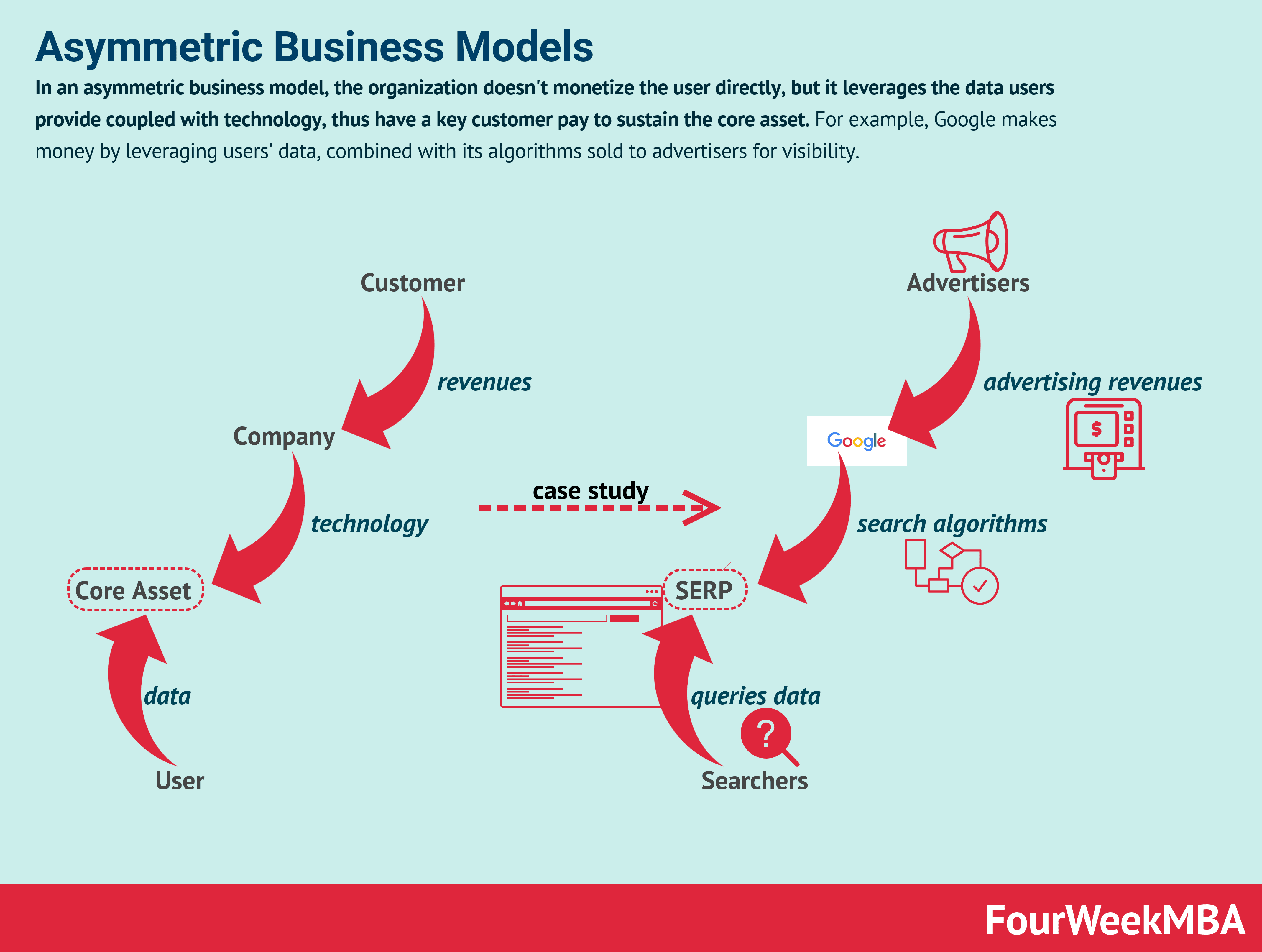 In an asymmetric business model, the organization doesn’t monetize the user directly, but it leverages the data users provide coupled with technology, thus have a key customer pay to sustain the core asset. For example, Google makes money by leveraging users‘ data, combined with its algorithms sold to advertisers for visibility.

A couple of core examples of asymmetric business models that are easier to understand as those are companies we all know are Google and Facebook.

The key point is not about the advertising business model but rather how monetization happens. In an asymmetric model user and customers are two different people.

The user is the most valuable stakeholder as it provides the data which gets used to refine the core asset of the company. Combined with technology that is how the core asset is sold to a key customer.

To go back to Google’s example, users search through Google providing valuable search intent data, but also behavioral data. When this gets refined by Google’s algorithms that is when the core asset becomes monetizable, as it gets sustained by the advertising revenues paid by customers paying for visibility on the platform.

In general, business models where the user and customer are not the same people can be classified as asymmetric.

Therefore the attention generated by the free service or product gets monetized indirectly. Google and Facebook are classic examples. Other platforms like Netflix simply monetize their users‘ data by providing them with a subscription service, thus this is an asymmetric model where user/customer matches.

Asymmetric business models if used properly can scale quickly, however, those are also usually built on large numbers.