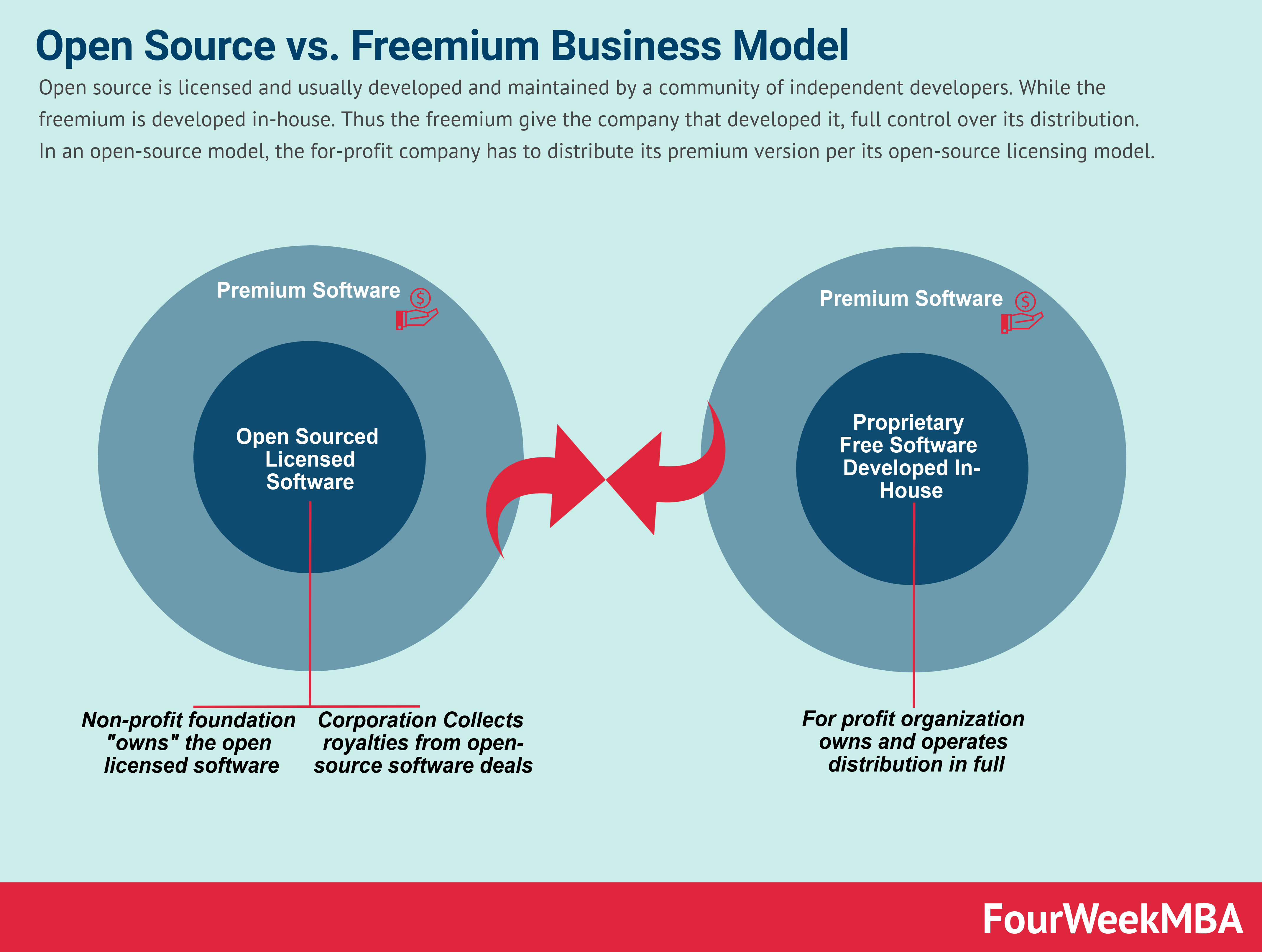 Open source is licensed and usually developed and maintained by a community of independent developers. While the freemium is developed in-house. Thus the freemium give the company that developed it, full control over its distribution. In an open-source model, the for-profit company has to distribute its premium version per its open-source licensing model.

But if the open source is free and open, how does it get monetized?

The way companies build a business model around an open-source can vary widely. Usually, the open-source software is held by a foundation, which is a non-profit company. In Mozilla’s case, the foundation is the one owning the open-licensed browser. The Mozilla Corporation instead collects the royalties coming from the deals built on top of the open-licensed software.

For instance, in 2018, the Mozilla Corporation generated $435.702 million from royalties mostly coming from a deal with Google, featured as a default search engine on Mozilla.

Slack follows a freemium model, where a free version is developed in-house. Thus the software is closed and proprietary. The company, which is a for profit holds the right to distribute the software and therefore doesn’t have any constraints in its pricing and distribution strategy.

Free users are converted in paying customers if they want more usage or advanced functionalities. Slack combines the free model with a direct sales force to acquire enterprise customers with yearly recurring revenue of over 100K. Those customers were 575 in 2019, and they accounted for 40% of its revenues.

A family business model is usually owned and, in part, run by the founding family or its dynasty. Family businesses...