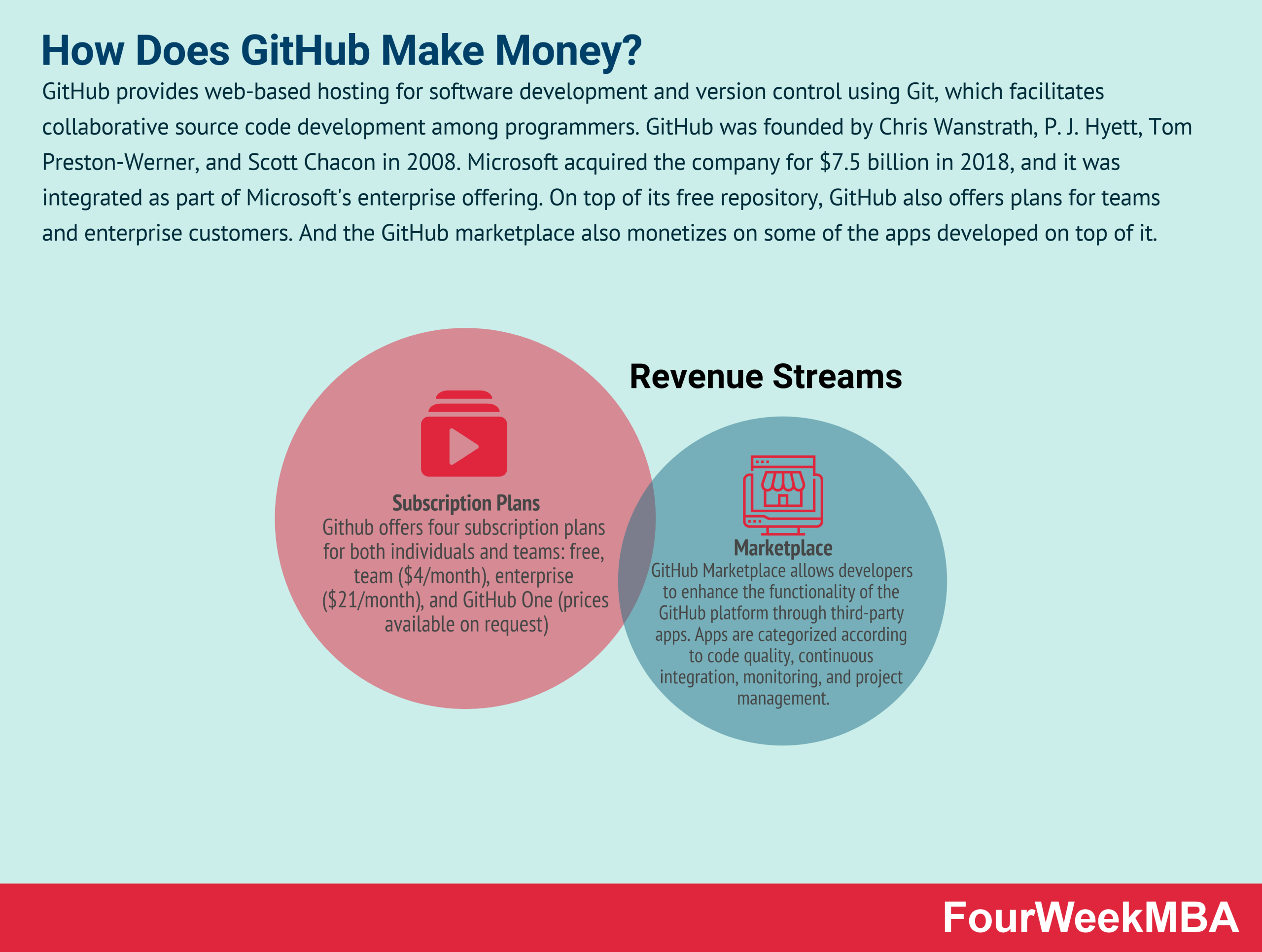 GitHub provides web-based hosting for software development and version control using Git, which facilitates collaborative source code development among programmers. GitHub was founded by Chris Wanstrath, P. J. Hyett, Tom Preston-Werner, and Scott Chacon in 2008. Microsoft acquired the company for $7.5 billion in 2018, and it was integrated as part of Microsoft’s enterprise offering. On top of its free repository, GitHub also offers plans for teams and enterprise customers. And the GitHub marketplace also monetizes on some of the apps developed on top of it.

GitHub was founded by Chris Wanstrath, P. J. Hyett, Tom Preston-Werner, and Scott Chacon in 2008. In the following year, Github amassed over 100,000 users and hosted over 90,000 unique public source file repositories. It quickly earned a reputation as a popular resource, with tech companies such as Apple, Google, and Amazon known to frequent it.

In 2012, the company raised $350 million in funding and opened its first office outside of the United States in Japan. Six years later, GitHub was acquired by Microsoft for $7.5 billion.

GitHub work on a freemium model of revenue generation. Indeed, their value proposition is such that “anybody can host their software code on GitHub’s servers, and collaborate on it by multiple developers, teams, and organizations.”

As such, access to public repositories is both free and unlimited. For private repositories with a high feature set and customization level, a subscription fee is charged.

Github offers four subscription plans for both individuals and teams:

The latter three paid plans exist for those who want to scale projects with added features. Such features include more storage, secured sign-ins, and dedicated support. Many also opt for a paid plan to utilize Actions, or higher workflow automation minutes.

It’s also important to note that GitHub makes money whenever its customers exceed the limitations of their plan. For example, repository storage is charged at an extra $0.25 for every gigabyte over the stated limit.

GitHub Marketplace allows developers to enhance the functionality of the GitHub platform through third-party apps.

Apps are categorized according to code quality, continuous integration, monitoring, and project management. Some apps are free, while the company charges a flat or per-unit-used fee for others.

Given that these apps are provided by a third party, it is safe to assume that Github takes a percentage of whatever fee is charged.