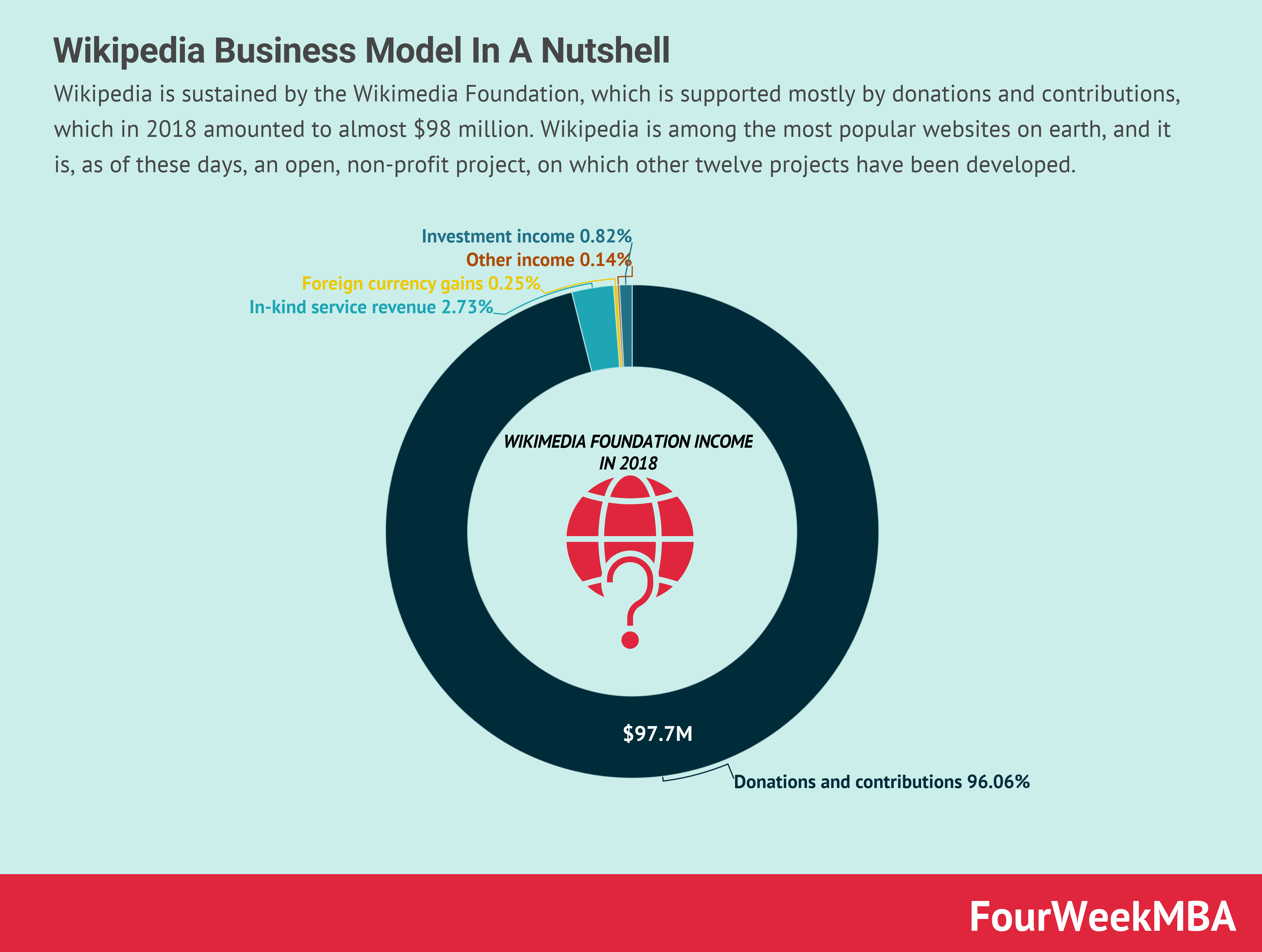 Wikipedia is sustained by the Wikimedia Foundation, which is supported mostly by donations and contributions, which in 2018 amounted to almost $98 million. Wikipedia is among the most popular websites on earth, and it is, as of these days, an open, non-profit project, on which other twelve projects have been developed.

Back in 2001, Jimmy Wales and Larry Sanger stumbled on the idea of having an encyclopedia, rather than to be edited centrally, could instead be built by hundreds of contributors. Initially, the project was called Nupedia.

However, it later changed the name to Wikipedia, to recall the Hawaiian term “wiki” which stands for “quick” or “super-fast” – “wiki wiki.”

Today Wikipedia is among the most popular sites on earth and for sure the most known encyclopedia.

The Wikimedia Foundation is the non-profit that hosts Wikipedia and other free knowledge projects brought on by the Wikimedia family. The Foundation was established as a nonprofit in 2003.

In 2012, asked how he decided the best way to go, Jimmy Wales said: “Thinking about how do we sustain it? How do we make this work? Putting it into a non-profit (referring to Wikipedia) seemed a reasonable way to go.”

13 projects are part of this family and are dvided in five main categories:

How does Wikimedia spend money?

How does Wikimedia make money?

As Jimmy Wales, himself explained: “As a business, it’s a pretty terrible, It exists based on donations.”

E-Commerce Business Models In A Nutshell

We can classify e-commerce businesses in several ways. General classifications look at three primary categories: B2B or business-to-business, where therefore...