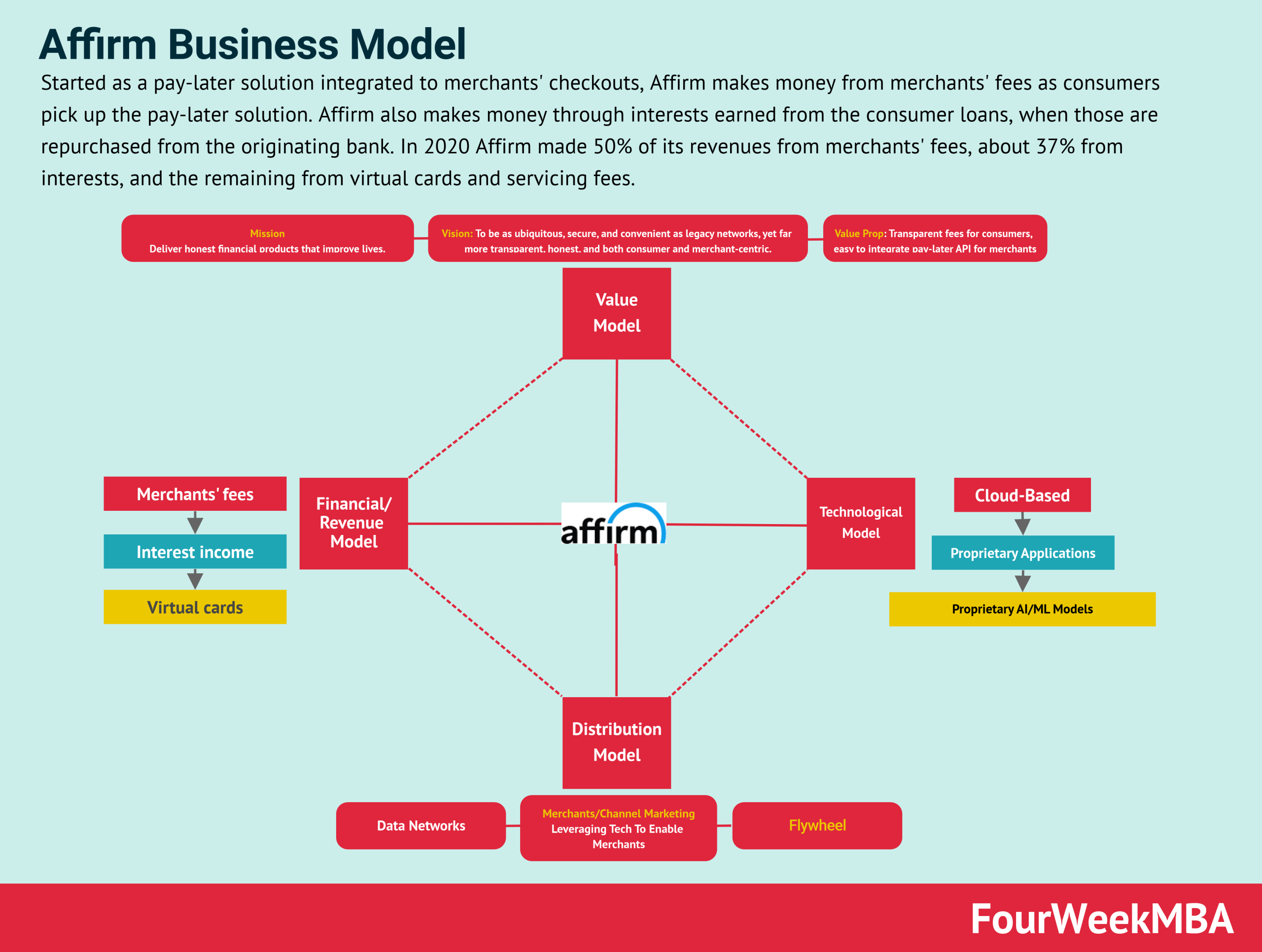 Started as a pay-later solution integrated to merchants’ checkouts, Affirm makes money from merchants’ fees as consumers pick up the pay-later solution. Affirm also makes money through interests earned from the consumer loans, when those are repurchased from the originating bank. In 2020 Affirm made 50% of its revenues from merchants’ fees, about 37% from interests, and the remaining from virtual cards and servicing fees.

The framework used to analyze the C3 AI business model

The VTDF framework is the basis to analyze the Affirm business model.

Max Levchin, founder and CEO of Affirm, and former member of the PayPal team, who he had co-founded (as a software engineer) with venture capitalist Peter Thiel, saw an opportunity in the space of credit, back in 2012.

As he highlighted in the IPO prospectus, credit cards, which appeared a few decades ago, had improved from a physical standpoint (from the swipe to the chip), and yet the credit mechanism underlying it had not improved.

The opposite, it had devolved. Opaque credit fees buried into the cards’ financial statements became an opportunity for Affirm. Founded in 2012 with a mission-driven approach, where Max Levchin claims to have a built-in “moral backbone” into the way the company operates credit.

Morality here is intended as clarify and transparency in terms of fees that the consumer and merchant will pay. Thus, from there the Affirm business model was built. Therefore, technology here becomes simply a tool to make more transparent the fees due.

C3 AI is a cloud-based Enterprise AI SaaS company. It built a set of proprietary applications (known as the C3...