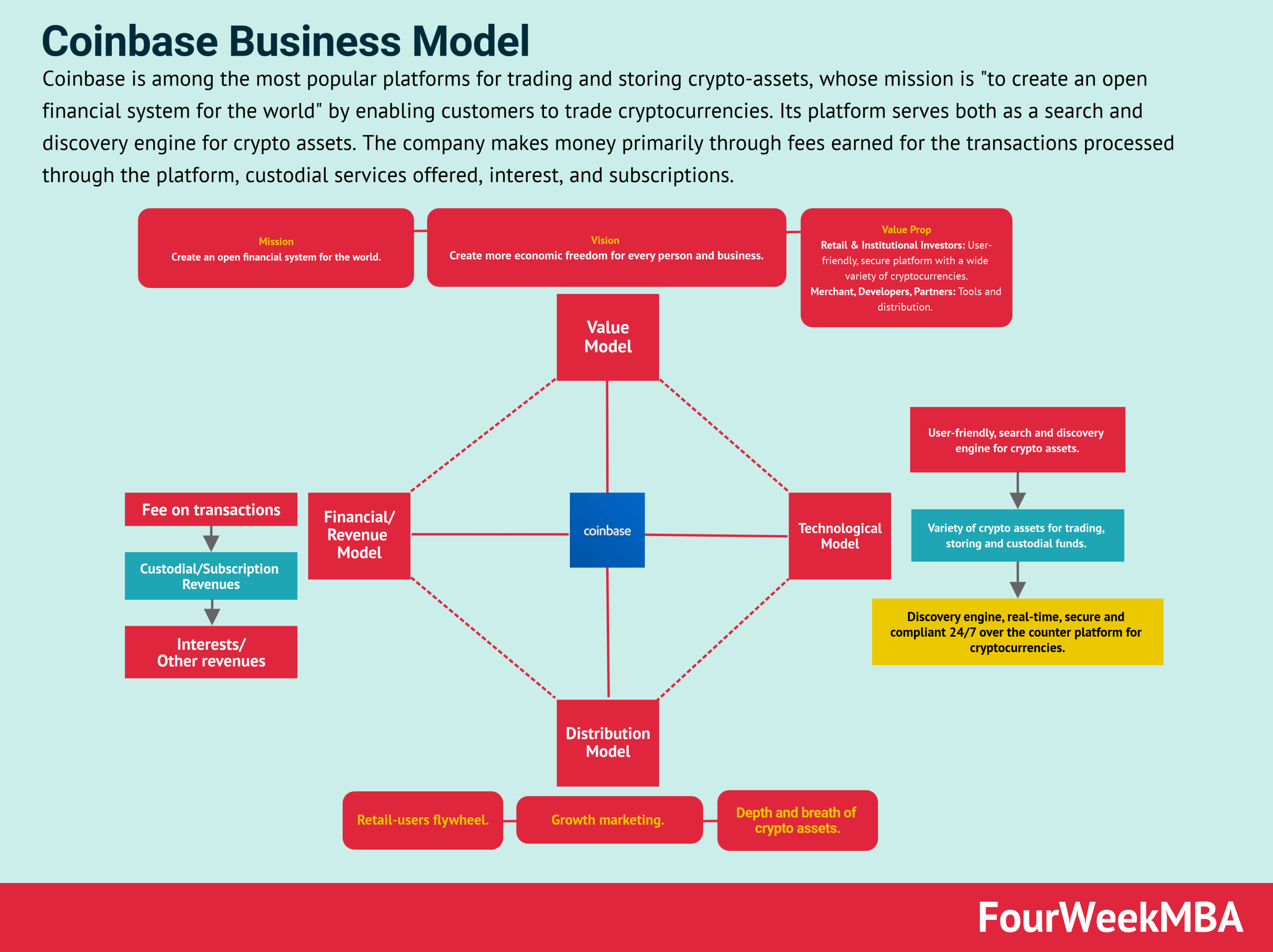 Coinbase is among the most popular platforms for trading and storing crypto-assets, whose mission is “to create an open financial system for the world” by enabling customers to trade cryptocurrencies. Its platform serves both as a search and discovery engine for crypto assets. The company makes money primarily through fees earned for the transactions processed through the platform, custodial services offered, interest, and subscriptions.

The evolution of the Coinbase platform

How Coinbase evolved over the years in terms of products and services offered (Image Source: Coinbase S-1).

In 2012, as a simple crypto exchange platform, Coinbase evolved over the years as a trading platform. And it is completing its evolution in the coming decade as a “digital bank” where crypto-assets can be deposited to earn interests, exchanged, or perhaps lent and borrowed.

Coinbase, together with the whole Blockchain industry, found its most compelling potential applications, decentralizing money. For the sake of that, Coinbase has become one of the most known brands that enable a broad base of retail users to exchange, transact and earn in crypto assets.

As Coinbase’s founder, Brian Armstrong, highlighted in the first shareholder letter “Coinbase is a company with an ambitious vision: to create more economic freedom for every person and business.”

As he further highlighted “Everyone deserves access to financial services that can help empower them to create a better life for themselves and their families.”

The company started in 2012 after Coinbase’s co-founders had read the Bitcoin White Paper from Satoshi Nakamoto.

Coinbase’s mission is “to create an open financial system for the world.”

As the company further highlighted in its financial prospectus, “the way that we invest, spend, save, and generally manage our money remains cumbersome, inaccessible, expensive, and regionally isolated. In contrast, the internet has transformed our society by connecting the world and enabling the seamless exchange of information. The legacy financial system is struggling to keep pace with the speed of technological advancements in a global and digitally interconnected society, resulting in the need for a new, natively digital financial system.”

This generic mission translates into a few key elements of its value proposition.

Coinbase enables anyone to transact cryptocurrencies. The trading/investing platform has been integrating the most popular Blockchain protocols and dozens of crypto assets over time, either for trading or custody. Therefore, Coinbase’s value proposition moves along two main services: investing (the ability to purchase dozens of crypto assets) and depositing (the ability to store over ninety crypto assets by the time of Coinbase’s IPO).

Coinbase tapped into the financial system’s decentralization, which was the primary pay-off/use case that Bitcoin leveraged. From there, exchange platforms like Coinbase were instrumentals to the initial success of Bitcoin.

Indeed, while initially mining Bitcoin could be done by anyone, once more people joined the network unless you had a mining facility*. Therefore, exchange platforms became fundamental to the success of Bitcoin. And legendary platforms like Mt. Gox (the first exchange platform that went bankrupt in 2014) became instrumental to Bitcoin‘s major success.

*Quick note: the mining process is the process of generating more Bitcoins. However, when Satoshi Nakamoto designed the Blockchain protocol for Bitcoin, it placed some limitations to the number of Bitcoin that could circulate in the long-run (once it reached 21 million Bitcoin in circulation, no more could be mined). At the same time, the more Bitcoin circulated, the more mining them became difficult. Indeed, miners needed more computing power to solve the complex mathematical problems required to be rewarded new Bitcoins (this is known as proof of work, and it is the mechanism at the basis of Bitcoin‘s Blockchain). Therefore, while in the early

Putting it all together

It's possible to identify the key players that overlap with a company's business model with a competitor analysis. This overlapping...