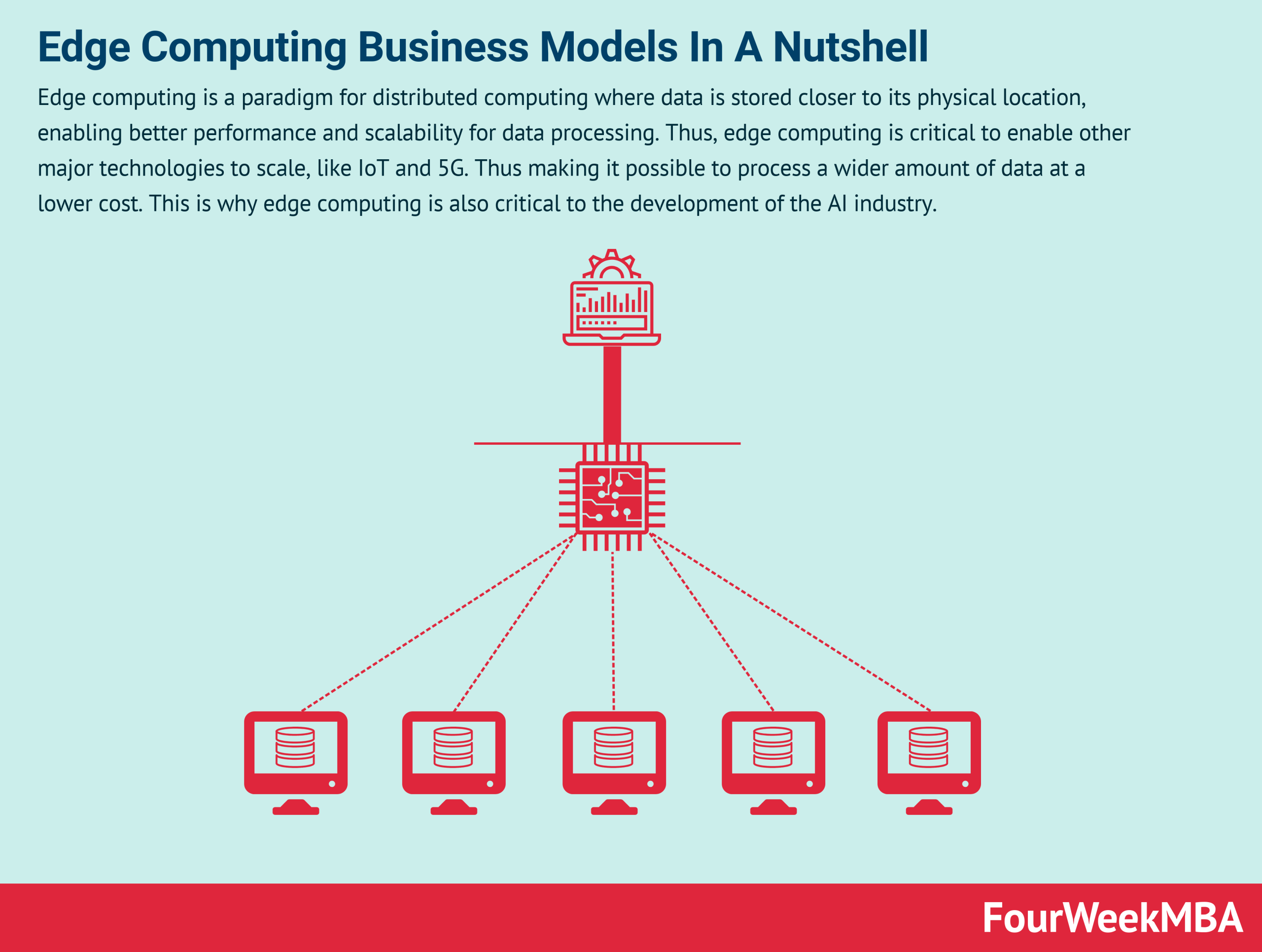 Edge computing is a paradigm for distributed computing where data is stored closer to its physical location, enabling better performance and scalability for data processing. Thus, edge computing is critical to enable other major technologies to scale, like IoT and 5G. Thus making it possible to process a wider amount of data at a lower cost. This is why edge computing is also critical to the development of the AI industry.

Edge computer as the foundation of IoT

With advancements made and far outreach of IoT (Internet of Things), it became increasingly important to develop a method, which allows data to be analyzed at the “edge” rather than at a location, which can be physically hundreds or thousands of miles away. Before introducing Edge Computing, it is important to understand the concept of IoT.

The idea of IoT is to bring closer devices, which use private internet connections and make them “talk” or exchange information. The devices are equipped with sensors and can be monitored in real-time. IoT enables companies to achieve higher levels of efficiencies and productivity. One other major advantage that IoT provides is remote control from anywhere in the world.

With the applications of IoT increasing and more reliance on remote control, methods needed to be introduced to tackle the challenge of fast and affective computing. This is where Edge Computing comes into play. Since the data that is transferred to and from the cloud is huge, operations, which require fast and real-time data, can suffer due to latency issues.

The complexity of data can be summarized through a very simple example. Consider a security firm, which has to monitor footages of the cameras it has installed. If a single camera footage is to be sent back to the control room, it can be achieved easily. However, in same scenario, if the live footage is to be transmitted from several different cameras, it becomes an entirely different story.

In the same way, if the same scenario is applied to the devices of IoT, hundreds and thousands of them will be sending and receiving data simultaneously which makes it absolutely essential that the data be handled and processed in a time-efficient manner. To solve this issue, Edge Computing basically introduces a process by the means of which data is analyzed locally and only the relevant data is sent back to the cloud for communication. This reduces bandwidth needs by a large amount and can save companies a fortune.

Companies are always looking for means to cut costs to get competitive advantages over its competitors. It is important for long-term sustainability to continue innovating and bringing forth products or services which are different from what the competitors offer. When cloud services were introduced and many businesses diverted towards it, the bandwidth costs increased dramatically.

Fast response and quick service was still the key and cloud services did provide advantages to customers and companies alike, however, the costs of bandwidth were turning out to be nailed to the coffin. Real-time and fast processing is the need of the time. The uses are not only limited to sending and receiving data on small smart devices but go as far as self-driving cars and smart cities.

The drawbacks of edge computing

Though Edge Computing comes with its processing advantages, it has certain liabilities too. When data is at the “edge”, it is vulnerable. Cloud services have been increasingly made safer through cybersecurity methods, which provide a guarantee that the data will not be breached. The same cannot be said for Edge Computing. With the increasing number of IoT devices, security becomes a grave issue if it is not considered.

This is especially worrisome given the increasing number of security breaches that happen and can happen at the user end. Another issue that comes with this technology is that since data has to be transmitted and if the device goes down, data can have trouble reaching and being processed. Failure at a single node can become a bottleneck. However, as the technology develops, improvements will be made to make it safe and failproof.

Edge computing and its killer commercial use cases

One of the biggest and exciting applications of Edge Computing is smart cities. Fast processing and swift data transfer will enable administration far more effective in real-time. As conditions change, due to Edge Computing the devices will react to the changes and make adjustments accordingly.

Another major application is in the field of healthcare. Through IoT devices, data can be stored and then processed and delivered to wherever necessary. The data will be available to be accessed by healthcare professionals and analyzed in real-time instead of going through the hassle of fragmented databases.

Given the COVID pandemic, video conferencing became the norm as its use became widespread. From meetings to classrooms, everything began to be conducted online. This also resulted in servers being overloaded and, in many cases, the quality of the video became an issue.

With Edge Computing, these issues can be resolved and better connectivity ensured. It can also increase the privacy of users by encrypting data and keeping the source instead of sending information to the cloud that is not protected. In the simplest of cases, user data can be saved from potential targeted advertisements. Users who do not want to be targeted through advertisements value this feature and are potential users of this technology.

In the future, it is expected that Edge Computing will progress into using data available through artificial intelligence along with machine learning and help in making decisions that will benefit both companies and their customers.

One of the biggest potentials that exist for Edge Computing is the increased introduction of 5G services, which will enable much faster connectivity and communication as compared to the current systems.

Coupled with 5G services, the world of communication and control will be revolutionized by Edge Computing. More and more emphasis is also increasing on the security issues that arise with this technology as it will affect sustainability in the long run. As technology advances, so do the threats.

The use of widespread Edge Computing is only possible through the digitalization of data since it needs to be accessed and processed in real-time. Technologies aiding in this marvel need to be developed so they are up to speed with the consumer tastes and demands.

Challenges will arise when data consolidation around the edge and cloud emerges. Managing the data and in turn strategizing in order to achieve the maximum possible efficiency will be key in driving the technology forward and widespread.