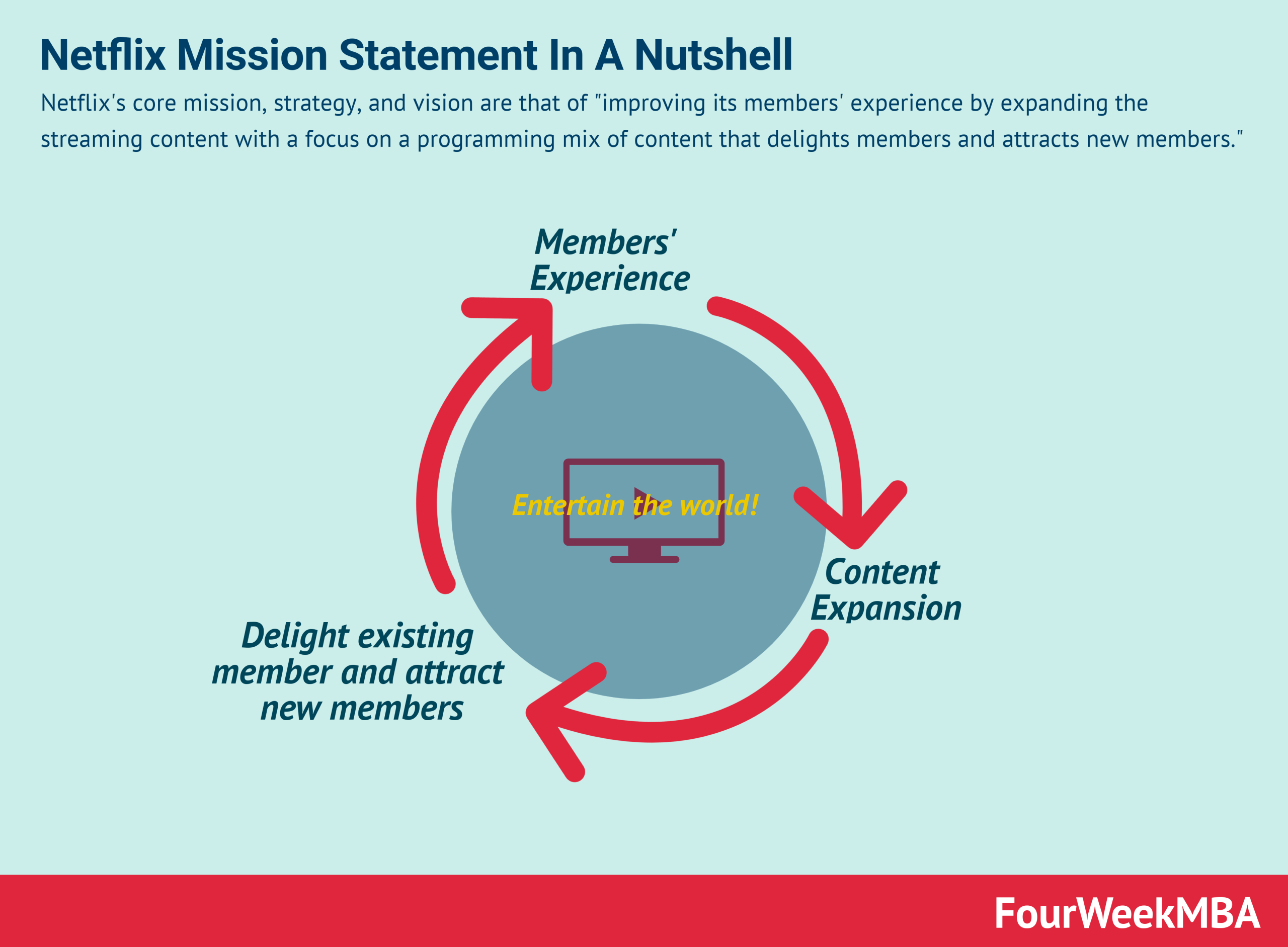 Netflix’s core mission, strategy, and vision are that of “improving its members’ experience by expanding the streaming content with a focus on a programming mix of content that delights members and attracts new members.”

As Netflix highlighted in its 2019 annual report:

Our core strategy is to grow our streaming membership business globally within the parameters of our operating margin target. We are continuously improving our members’ experience by expanding our streaming content with a focus on a programming mix of content that delights our members and attracts new members. In addition, we are continuously enhancing our user interface and extending our streaming service to more internet-connected screens. Our members can download a selection of titles for offline viewing.

Netflix is among the most popular streaming platforms, with a subscription-based business model. The brand, platform, and content are strengths.

The volatility of content licensing and production used to be weaknesses, yet Netflix invested substantial resources in developing its own content:

The Netflix content, and the way it delivered it became so addicting to members that a new term would be made popular by how Netflix distributed the content all in batches, without pacing it: binge-watching.

Indeed, that is the practice of watching TV series all at once. In a speech at the Edinburgh Television Festival in 2013, Kevin Spacey said: “If they want to binge then we should let them binge.” This new content format would be popularized by Netflix, launching its TV series all at once.

Those subscriptions give access to stream series, movies, and shows. The company is profitable, yet it runs on negative cash flows due to upfront cash paid for content licensing and original content production.

Netflix is a profitable company. It generated over $1.2 billion in 2018, a 116% increase compared to 2017, primarily driven by substantial growth in paid memberships.

However, Netflix has negative cash flows as it invests massively on content license agreements and original content.

As highlighted, on the Netflix career site its core values are:

This translates in five core actions:

We spend lots of time debating strategy together, and then trust each other to execute on tactics without prior approvals. Often, two groups working on the same goals won’t know of, or have approval over, their peer activities. If, later, the activities don’t seem right, we have a candid discussion. We may find that the strategy was too vague or the tactics were not aligned with the agreed strategy. And we discuss generally how we can do better in the future.

The motto “highly aligned, loosely coupled” is in line with Netflix way to keep a startup mindset even though the company has scaled at the size of a tech giant.

Coca-Cola's Purpose is to "refresh the world. make a difference." Its vision and mission are to "craft the brands and...