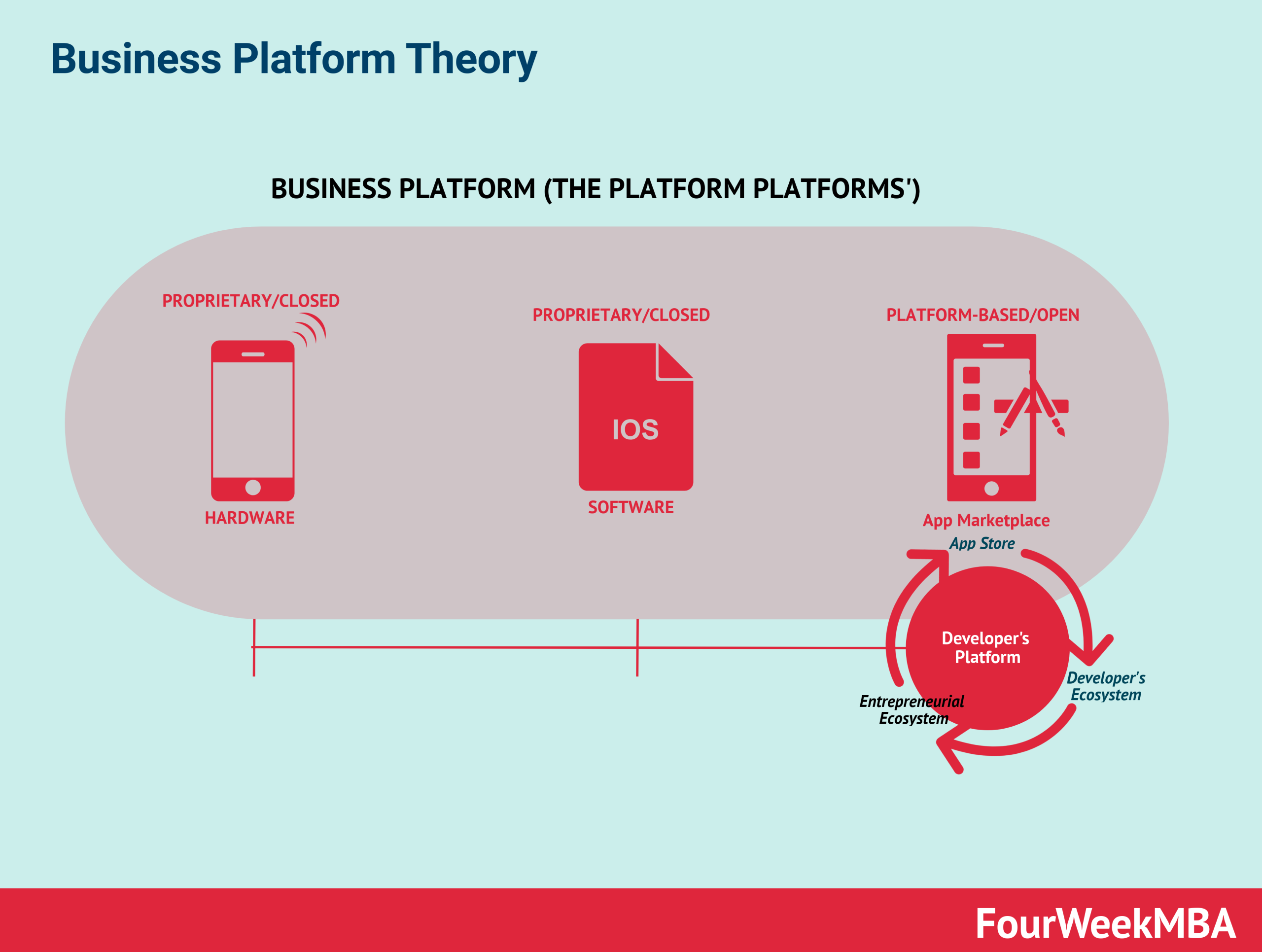 In today’s tech-driven business world, the term “platform” gets used in several contexts. It can mean a tech platform, intended as the place where software is executed in conjunction with a hardware, or perhaps the digital space where it gets embedded.

In the business context, instead, the platform is a company that runs a model where, rather than offering a specific product, it enables the interactions between two or more players on that. One of the distinctive elements of platform businesses is network effects. Or the ability of the platform to get better for the next user as the previous user joins it.

I argue, there is a third type of platform that we can call “business platform” that is the platform platforms’, or the container of both the tech platform and the several platform businesses formed on top of that, combined with a new monetization and distribution model.

Would you think your smartphone is as useful as it is if it didn’t have its apps inside? Apple was the first company to stumble on a “Mobile Business Platform” made of the encounter of the iPhone, plus its software, which enables also the development of applications.

The hardware, though, works as the “physical platform” or the foundation for the software side to develop. The hardware, in this case, is closed and proprietary.

The software built on top of the hardware is the foundation of the tech platform. Usually, there is a part of it, which is closed (like the operating system) and another open part (like the store or marketplace, on top of which third-party developers can build applications).

On the open side, the company owning the tech platform will set the rules, and the policies for third-parties to respect to keep the tech platform in line with the core business while allowing it to grow as it adds functionalities via third-party applications.

On top of the partially-open side, third-party developers will be able to build their own applications, which will become the add-ons and tools to expand the hardware and built-in software. Just like the iPhone has apps that make it more useful, so the developer’s community expands the ability of the hardware and software built on it.

As the tech platform develops, and the developers’ community grows, it will also bring with itself a few distribution and monetization strategies, which are intrinsic to the business platform.

For instance, on the App Store, developers know they can make money in a few ways (advertising, in-app purchases, premium products, and more). This sort of distribution and monetization creates the basis for an entrepreneurial ecosystem to become viable.

As the entrepreneurial ecosystem becomes self-sustained, as a side effect will enable the solid growth of the tech platform and, with it, the whole distribution model associated with it. From there, the platform platforms’ will build up.

Once the conditions above are met, the Business Platform (or the Platform Platforms’) will become the foundation of the business success.

As a conclusive example, when Apple launched the iPhone, that was just hardware and proprietary software. It was a great device, but still not as interesting. As Apple launched its App Store, the iPhone turned into a tech platform, where those apps could expand its functionalities many times over.

As the App Store grew, it also consolidated distribution and monetization models that enabled. That is when the iPhone turned, from hardware to “Mobile Business Platform” which after a decade is still alive and thriving.