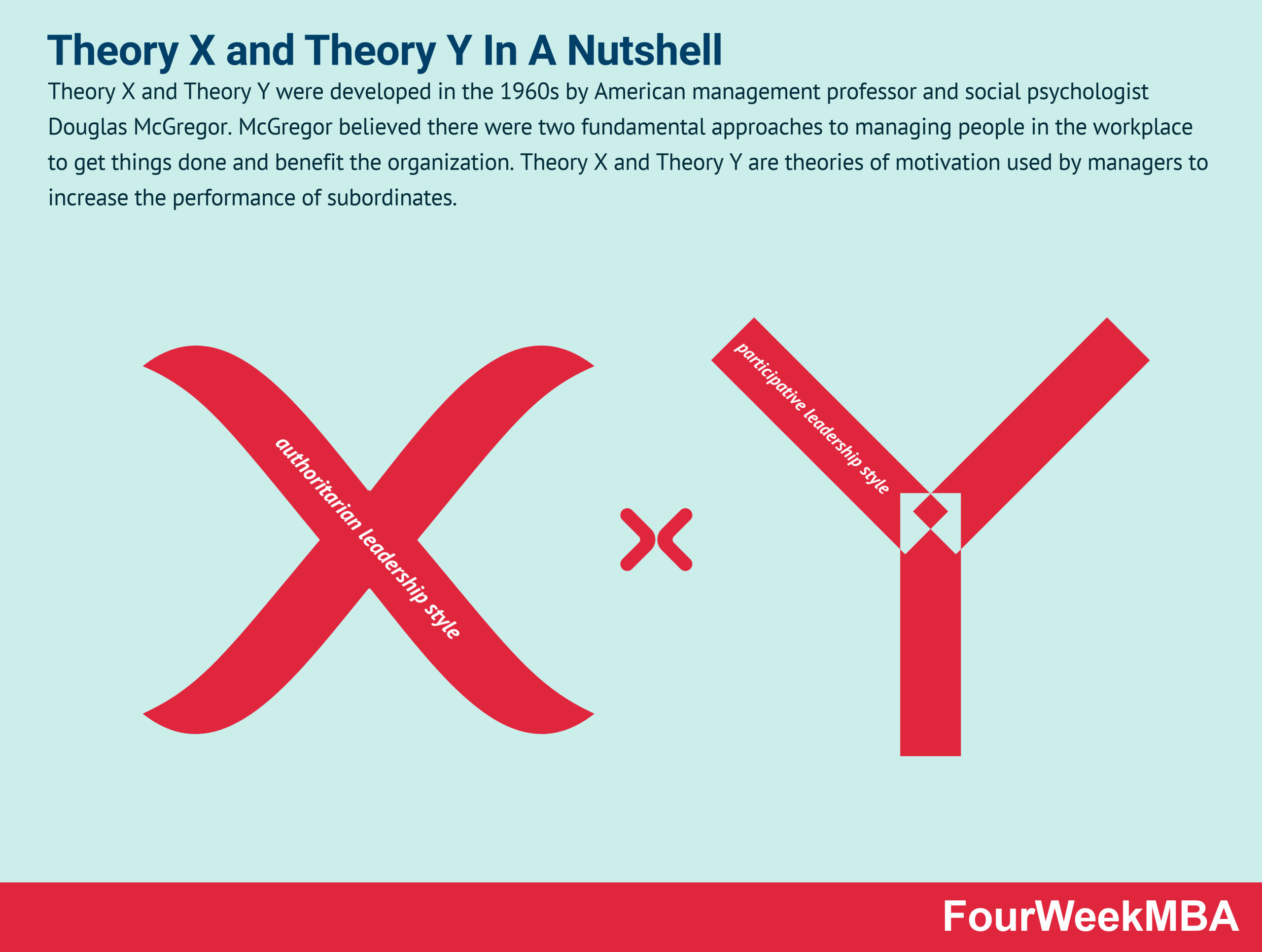 Theory X and Theory Y were developed in the 1960s by American management professor and social psychologist Douglas McGregor. McGregor believed there were two fundamental approaches to managing people in the workplace to get things done and benefit the organization. Theory X and Theory Y are theories of motivation used by managers to increase the performance of subordinates.

These approaches were based on the idea that every manager has a personal view regarding what motivates people. These views affect what the manager does and how they behave. In other words, their management or leadership style.

The two approaches McGregor named Theory X and Theory Y. In the next section, we’ll discuss both theories in more detail.

Theory X is based on the following assumptions:

Theory Y is based on the following assumptions:

We can observe that Theory X management takes a pessimistic view of employee behavior and capabilities. McGregor believed authoritarian leadership was not effective because it relied on lower-level needs such as food, money, job security, and shelter to motivate employees.

Monetary compensation works for a time, but the motivation to perform disappears as soon as these lower-level needs have been met. This causes unmotivated employees to go to work simply to collect a paycheque and use their leisure time to satisfy higher-level needs. With all of that said, McGregor did acknowledge that authoritarian leadership was useful in managing subordinates still in the developmental stage.

Theory Y has a far more optimistic view of employees. McGregor suggested participative leadership encouraged harmonious team relations and stimulated collaborative decision-making. Importantly, employees under this management style could be motivated for longer because higher-level needs around self-actualization and self-esteem are never truly satisfied. Under Theory Y, there is also an opportunity for managers to align personal goals with organizational goals by using an employee’s need for self-actualization as the motivator.

In determining the best approach, McGregor suggested neither was optimal. In the authoritarian approach, hostile employees lower their output and frequently involve unions in disputes. In the participative approach, management is permissive and seeks harmony in the hope that employees will cooperate in return. This hope-based approach also results in employees expecting progressively larger rewards in exchange for progressively diminishing effort.