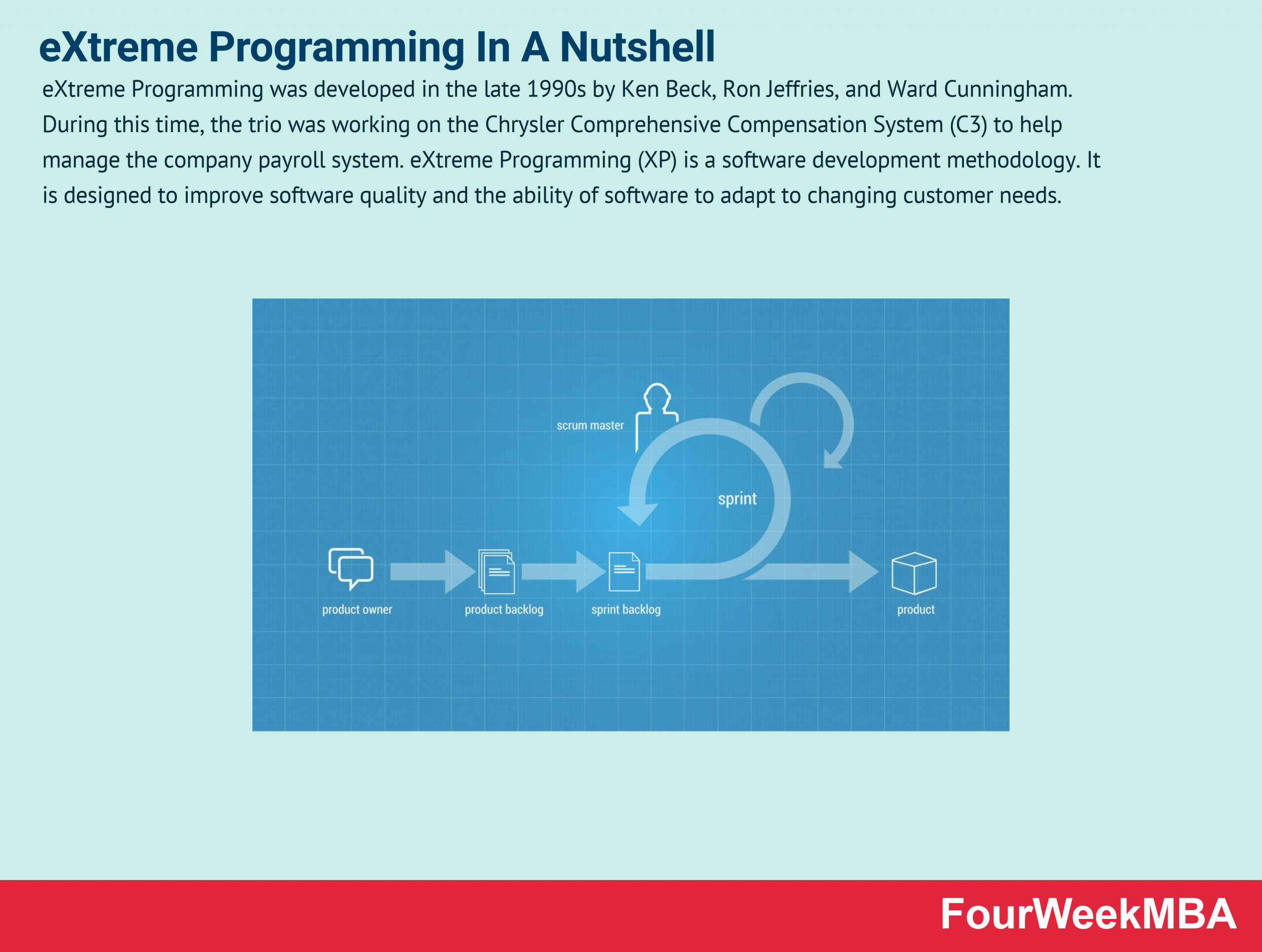 eXtreme Programming was developed in the late 1990s by Ken Beck, Ron Jeffries, and Ward Cunningham. During this time, the trio was working on the Chrysler Comprehensive Compensation System (C3) to help manage the company payroll system. eXtreme Programming (XP) is a software development methodology. It is designed to improve software quality and the ability of software to adapt to changing customer needs.

In 1999, they published the book Extreme Programming Explained about their collective experience at Daimler Chrysler and described their methods in detail. From their experiences, XP was born.

Extreme Programming is like many other agile methods, but in an interview, Beck explained what makes XP unique: “The first time I was asked to lead a team, I asked them to do a little bit of the things I thought were sensible, like testing and reviews. The second time there was a lot more on the line. I asked the team to crank up all the knobs to 10 on the things I thought were essential and leave out everything else.”

Indeed, XP promotes frequent, iterative releases throughout the software development life cycle (SDLC). But the main difference between XP and similar methods, as Beck notes, is that it takes software engineering to “extreme” levels. Code reviews are one such example. In XP, pair programming should be subject to peer reviews 100% of the time.

When should eXtreme Programming be used?

XP is best suited to businesses that can incorporate a high degree of customer collaboration and continuous development.

Having said that, XP can also work well for teams that:

Early incarnations of eXtreme Programming established five fundamental values that are now common to many subsequent frameworks such as Scrum.

The five values are:

Evidence-Based Portfolio Management In A Nutshell

Evidence-Based Portfolio Management (E-B PfM) applies agile principles to the process of deciding where to invest funds for maximum benefit...