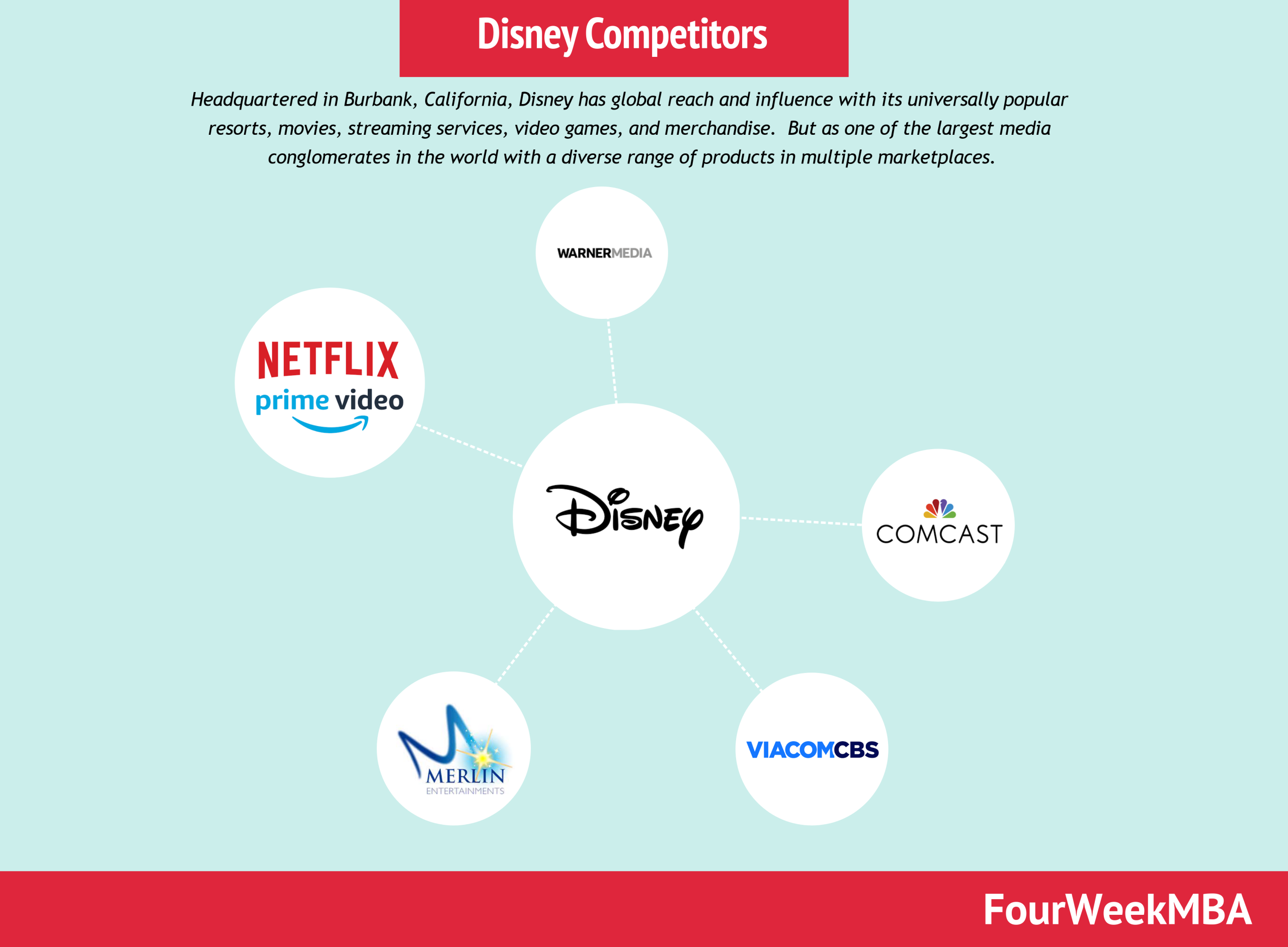 Headquartered in Burbank, California, Disney has global reach and influence with its universally popular resorts, movies, streaming services, video games, and merchandise.  But as one of the largest media conglomerates in the world with a diverse range of products in multiple marketplaces, Disney is no stranger to competition.

The company has extensive film, television, cable, and other entertainment assets across five primary divisions:

Comcast was founded in 1963 by Ralph J. Roberts and is the second-largest broadcasting and cable television company in the world by revenue.

Comcast is the owner of NBC Universal, whose subsidiaries compete directly with Disney.

Specifically, the NBC television network is a direct competitor to the Disney-owned ABC and ESPN networks. After Comcast acquired a majority stake in NBC Universal, the company gained access to Universal Studios and associated theme parks to compete directly with Walt Disney Studios and Disney Parks & Resorts.

Comcast also acquired DreamWorks Animation as part of the deal, allowing it to compete with Pixar and Walt Disney Animation.

ViacomCBS is the result of a merger between American groups Viacom and CBS in 2019. The resultant company delivers content to global audiences through broadcast and cable networks and video-on-demand (VOD) platforms.

Like Disney, ViacomCBS has a significant global presence and viewership, with over 42 million subscribers signed up to its Paramount+ streaming service alone.

As the second-largest visitor attraction operator in the world, Merlin Entertainment Group competes with Disney’s branded theme parks and resorts.

Some of the visitor attractions operated by Merlin in Europe include Legoland and Madame Tussauds. In Australia, New Zealand, and Asia, Merlin operates several aquariums, resorts, and ocean-related theme parks.

Approximately 25% of all Disney revenue is attributable to streaming services such as Disney Plus, Hulu, and ESPN Plus. For the quarter ending in July 2021, this equated to around $4.25 billion.