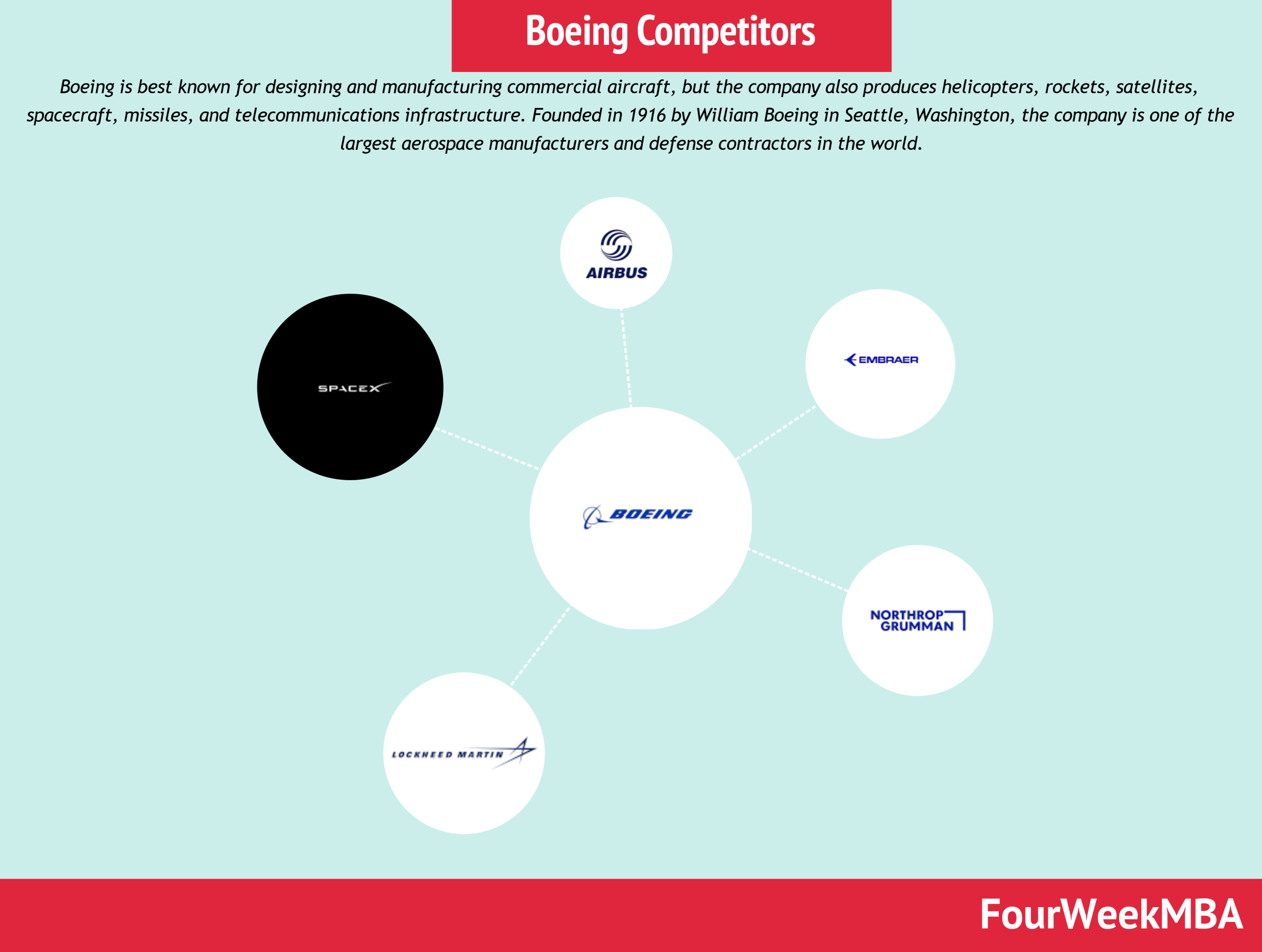 Boeing is best known for designing and manufacturing commercial aircraft, but the company also produces helicopters, rockets, satellites, spacecraft, missiles, and telecommunications infrastructure. Founded in 1916 by William Boeing in Seattle, Washington, the company is one of the largest aerospace manufacturers and defense contractors in the world.

Airbus and Boeing have a rivalry stretching back decades, with both dominating the commercial aviation industry at various times.

Airbus is a French manufacturer of commercial aircraft and is one of the largest patent holders in the world with over 370 registered trademarks. Like Boeing, Airbus also designs and manufactures military aerospace products but with a particular focus on turbine helicopters.

In 2019, Airbus delivered 863 jets to clients, overtaking Boeing to become the world’s largest aircraft manufacturer for the first time since 2011.

Embraer is a Brazilian aerospace conglomerate producing aircraft for commercial, military, agricultural, and executive purposes. Founded in 1959 by Ozires Silva, the company is the third-largest producer of civilian aircraft behind Boeing and Airbus.

In 2018, Boeing announced a joint venture with Embraer which would result in the company owning 80% of the Embraer commercial aviation division. However, this venture was terminated two years later as Boeing dealt with the financial fallout of the COVID-19 pandemic and the 737 Max problems.

Northrup Grumman is an American weapons manufacturer and military technology provider. Revenue for the 2020 financial year was $33.841 billion, with 75% of that coming from defense contracts.

With a history of developing technically superior military aircraft, Boeing faces stiff competition from the company. It successfully developed the B-2 Spirit, the world’s only know stealth bomber. Northrup Grumman is also in the process of developing rocket boosters for NASA and an orbiting telescope observatory.

The company is also a contractor for NASA, where it develops reusable command modules and space surveillance systems.

With a focus on space exploration and design, SpaceX is in direct competition with Boeing’s Defense, Space, and Security division. Both companies have been actively competing against each other for NASA contracts for over a decade.

While Boeing has enjoyed a long working history with NASA, SpaceX has recently developed an edge because of its culture, speed, and flexibility to offer a better price. As more credence is given to space exploration in the future, Boeing will need to adopt similar characteristics to remain a major player.

Innovation In Business: What Is Business Model Innovation

Business model innovation is about increasing the success of an organization with existing products and technologies. By crafting a compelling...