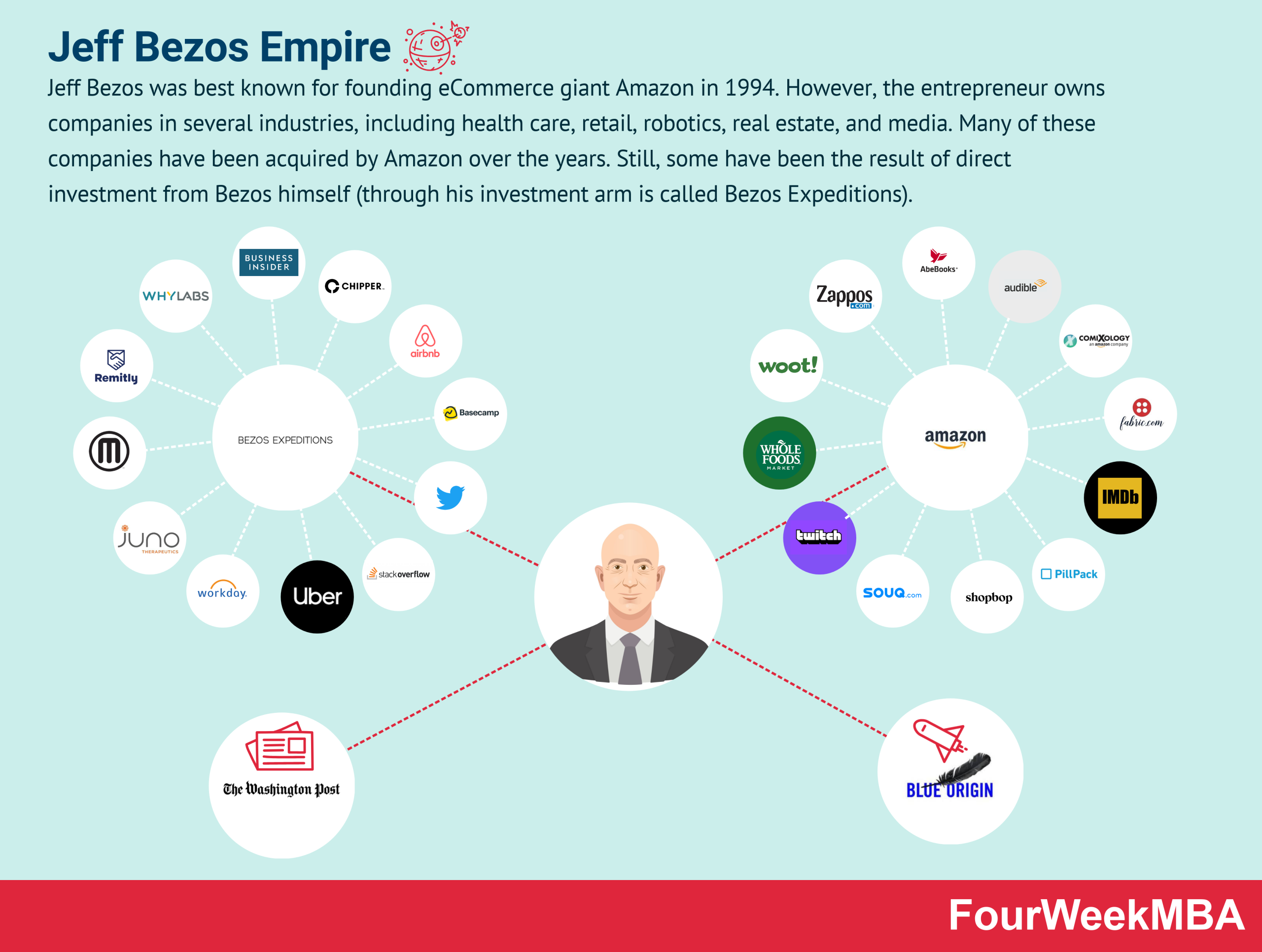 Jeff Bezos was best known for founding eCommerce giant Amazon in 1994. However, the entrepreneur owns companies in several industries, including health care, retail, robotics, real estate, and media. Many of these companies have been acquired by Amazon over the years, but some have been the result of direct investment from Bezos himself (through his investment arm is called Bezos Expeditions).

The success of Amazon is well documented, transforming from a small bookstore to a retail behemoth offering cloud services and streaming content among other things.

Some of the most well-known of the 40 Amazon subsidiaries include:

The Washington Post is a major American newspaper that was acquired by Bezos for $250 million. The acquisition ended 42 years of the newspaper being part of a publicly-traded company.

Although the newspaper has been in print circulation since 1877, Bezos immediately shifted the focus to digital media to increase national and global readership.

Bezos Expeditions is the name given to the personal venture capital investments of Jeff Bezos.

The company was an angel investor in Google, with a $250,000 stake or 3.3 million shares that are now worth between $1-2 billion. Other notable investments include investments in Twitter, Uber, Basecamp, and Airbnb.

Blue Origin is an aerospace company founded in 2000 as a human spaceflight start-up. According to Bezos, it will be a key focus once he steps down from the Amazon CEO role in late 2021.

The primary goal of Blue Origin is to make space travel cheaper and more reliable. To that end, the Blue Origin moon lander is set to be fully operational by 2024.

AWS Elemental is a company owned by Amazon Web Services. Before the acquisition, it was known as Elemental Technologies.

AWS Elemental specializes in multiscreen video and creates software that performs video encoding, decoding, and transcoding. This software can be run in turnkey, virtualized deployment, and cloud-based models.