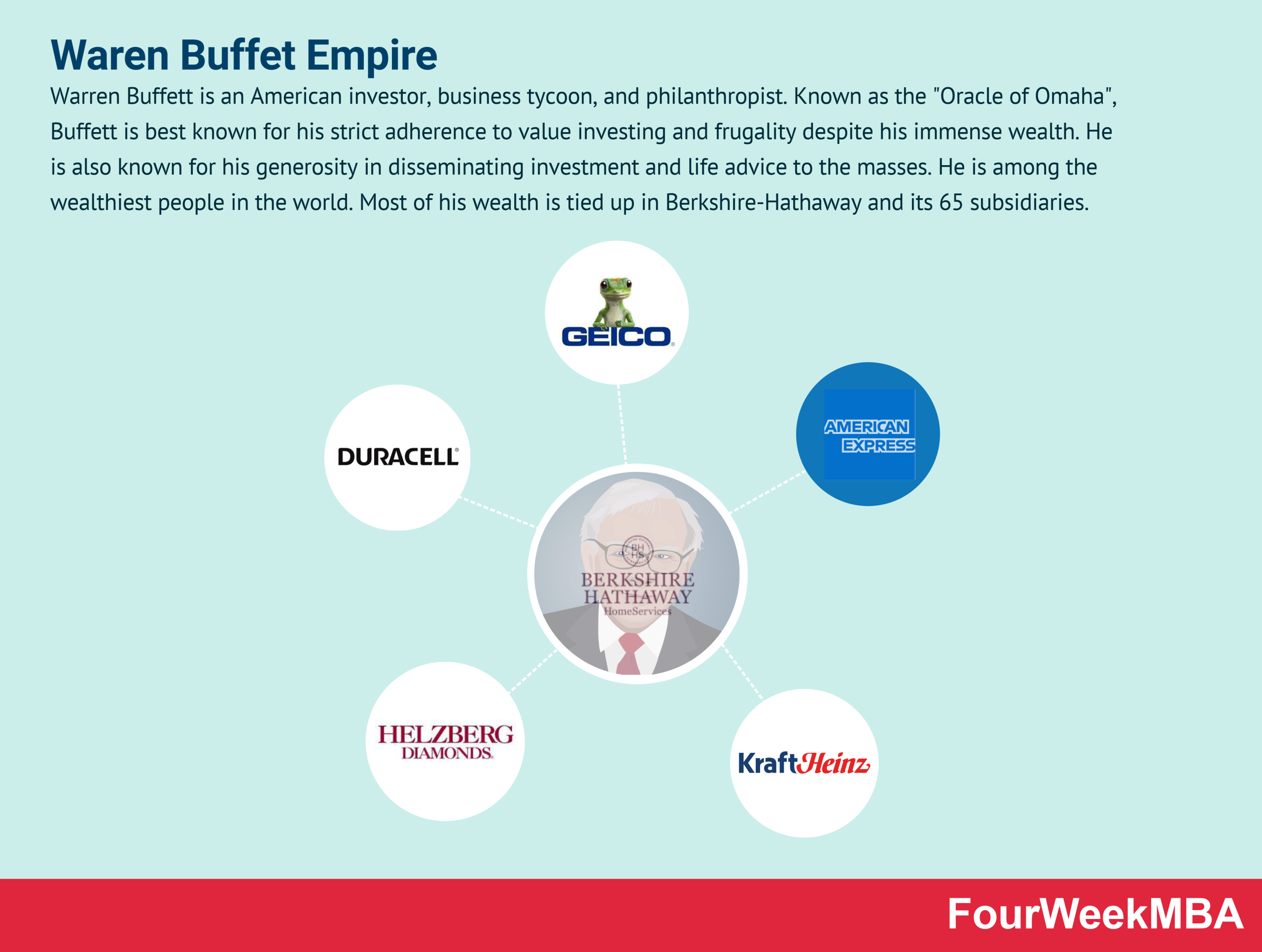 Warren Buffett is an American investor, business tycoon, and philanthropist. Known as the “Oracle of Omaha”, Buffett is best known for his strict adherence to value investing and frugality despite his immense wealth. He is among the wealthiest people in the world. Most of his wealth is tied up in Berkshire-Hathaway and its 65 subsidiaries.

In 1996 it became a wholly-owned subsidiary of Berkshire-Hathaway. Today, GEICO is the second-largest such insurer in the United States, providing coverage for more than 24 million vehicles. GEICO is well known in popular culture for its creative advertising campaigns and has been a major supporter of insurance for the ride-share industry.

Duracell was founded in 1924 as a partnership between businessman Philip Rogers Mallory and scientist Samuel Ruben. Originally, the company produced mercury batteries for use in the U.S. military.

Duracell was sold to Berkshire-Hathaway by Procter & Gamble in 2014 in an all-stock deal worth $4.7 billion.

Helzberg Diamonds was a family-owned jewelry retailer founded in 1914 by Morris Helzberg.

It remained in the family until 1988 when it became wholly owned by Berkshire Hathaway. It later spurned the book What I Learned Before I Sold to Warren Buffett by then company Chairman Barnett Helzberg Jr.

The Kraft Heinz Company is the result of a merger between Kraft Foods and H.J. Heinz in 2015.

The resultant company is now a food and beverage behemoth, collecting over $26 billion in annual global sales during 2020. It encompasses well-known brands such as Golden Circle, HP Sauce, Philadelphia Cream Cheese, Maxwell House, and Kool-Aid.

At present, Berkshire-Hathaway has a 26.6% stake in Kraft Heinz.

The company was founded over 170 years ago by the merger of companies owned by Henry Wells, William G. Fargo, and John Warren Butterfield. Today, Berkshire Hathaway has a significant holding in the company worth 18%.

Providing products and services across the finance, insurance, and travel industries, American Express was rated in 2020 as the 24th most valuable brand in the world. The company also consistently scores well for employee satisfaction.

Berkshire-Hathaway is among the most valuable companies globally, primarily thanks to the investments made over the years by Warren Buffet and his partner Charlie Munger. The breadth of the company’s investments spans across many industries, and as you can see from the statements above, by 2020, the companies part of its portfolio generated almost $21 billion in revenues, of which almost $7 billion attributable to Berkshire Hathaway shareholders:

Some of the companies that make up the Berkshire Hathaway portfolio are listed below: