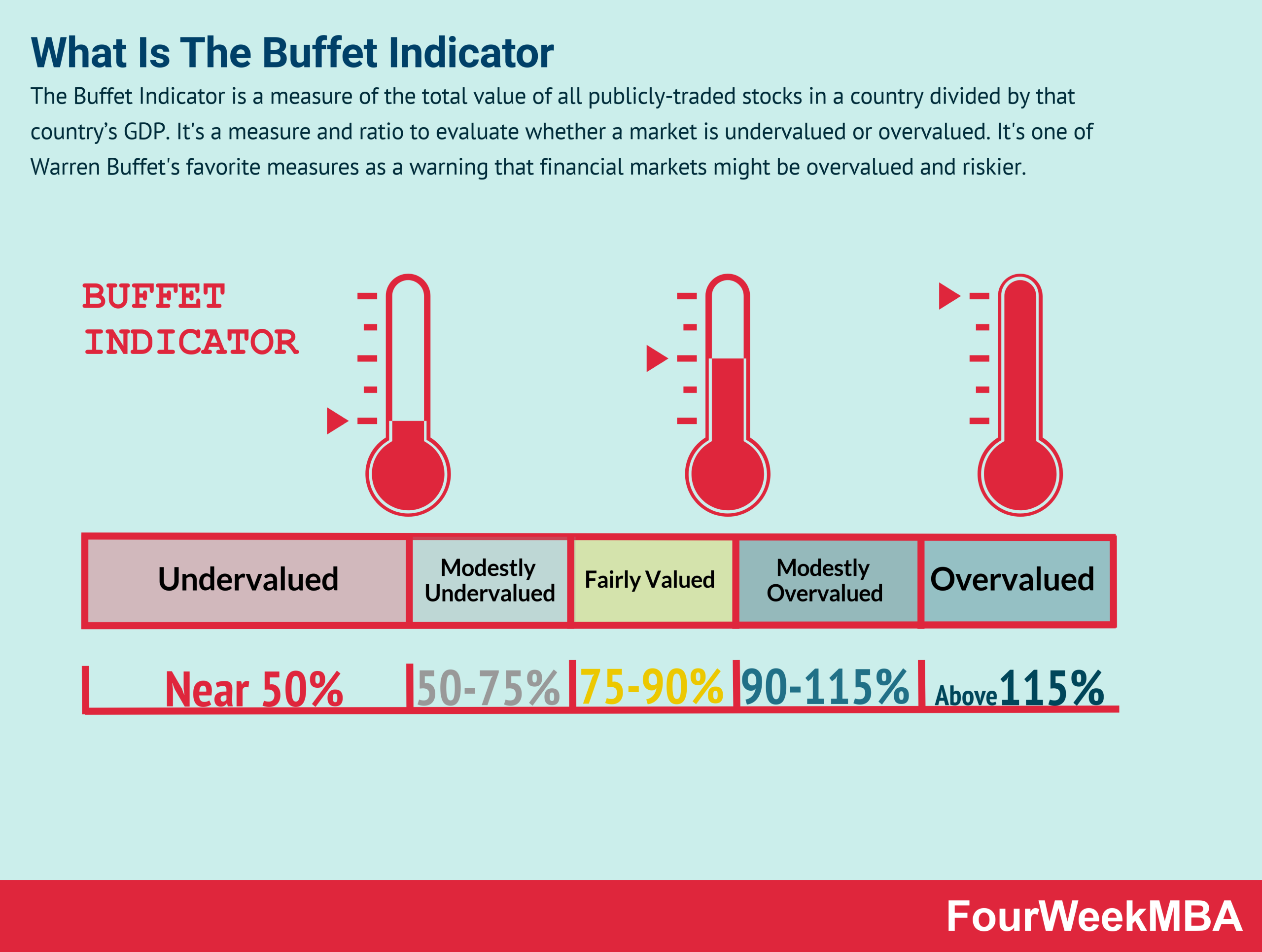 The Buffet Indicator is a measure of the total value of all publicly-traded stocks in a country divided by that country’s GDP. It’s a measure and ratio to evaluate whether a market is undervalued or overvalued. It’s one of Warren Buffet‘s favorite measures as a warning that financial markets might be overvalued and riskier.

Developed by billionaire investor Warren Buffet, the indicator is a broad measure of whether a given stock market is overvalued or undervalued. It rose to prominence after Buffett once noted that it was “probably the best single measure of where valuations stand at any given moment.”

In the United States, most experts use The Wilshire 5000 Total Market Index which represents the value of all stocks in all U.S. markets. At the end of June 2020, the U.S. stock market was valued at approximately $35.5 trillion. The estimated GDP at this time was $19.41 trillion.

Therefore, the market value to GDP ratio is calculated by dividing 35.5 by 19.41 and then multiplying by 100 to express the value as a percentage. In this case, the Buffet Indicator is 182.9%.

Returning to the example in the previous section, we see that the U.S. stock market is currently overvalued. However, there has been much conjecture over whether this stock market is overvalued given its sustained increase in value over recent decades.

Implications of the Buffet Indicator for investors

Corrections in overvalued markets – where investors sell en masse – have also historically preceded recessions. The dotcom crash of 2000 and the global financial crisis of 2008 are two such examples of the Buffet Indicator correctly predicting a correction and subsequent stock market devaluation.

Potential flaws of the Buffet Indicator

The Buffet Indicator has some potential flaws, including: