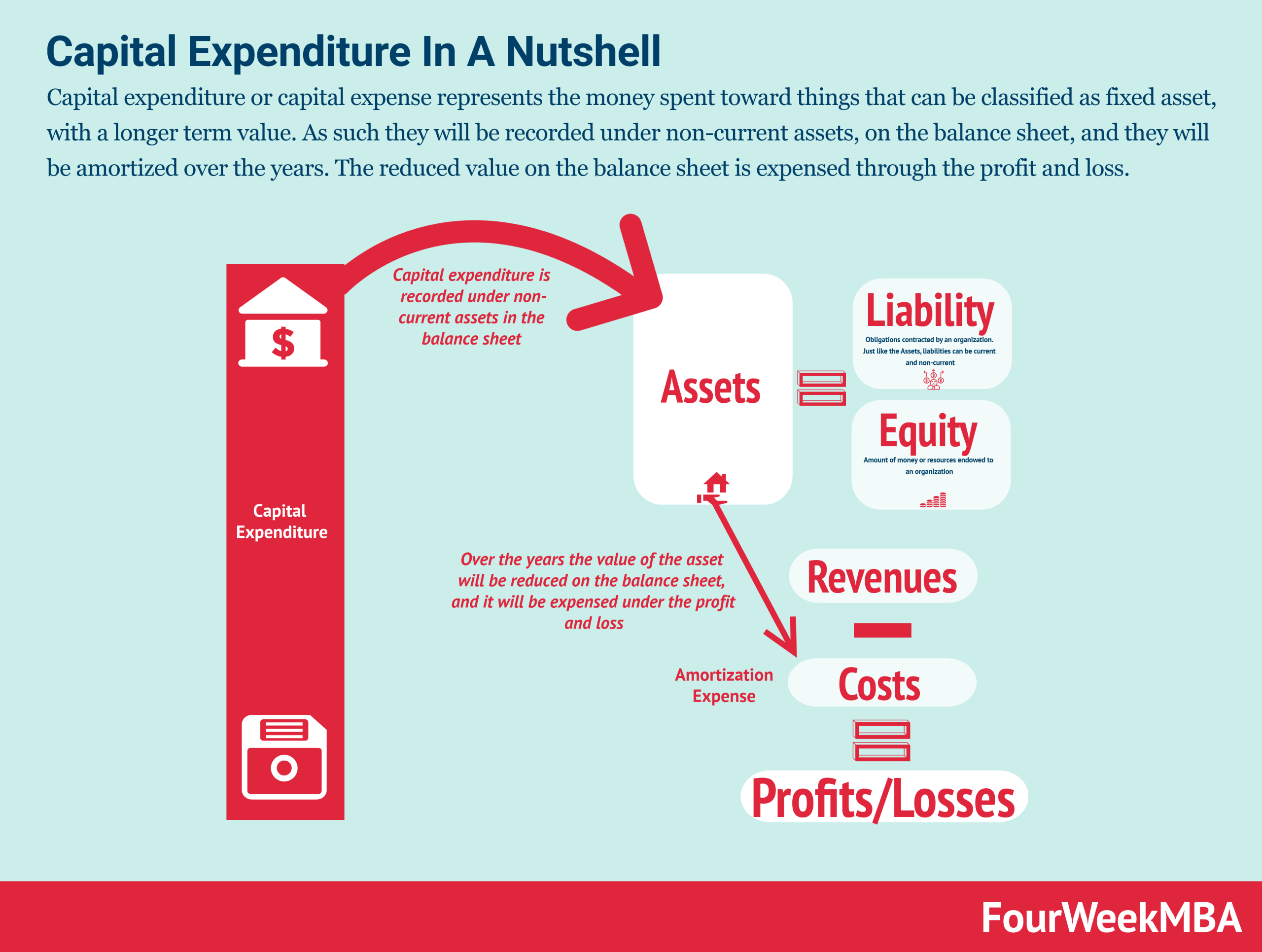 They are the acronyms for Operating Expenditure and Capital Expenditure. For example, imagine you own a real estate firm.

The firm bought an apartment complex with few units. In order for you to rent the apartments you have to clean and furnish them. The former activity implies that you call the maid, pay him/her $100 to have the apartment cleaned.

The latter activity instead implies buying things, such as: couches, kitchen stoves, beds and so on. They will cost you thousands of dollars but will last for few years.

The Operating Expense is money spent on the day-to-day operations of the business. The Capital Expenditure, instead, is money invested in the business with a long-term perspective.

Stop for a second and think. Is the cleaning service OPEX or CAPEX?

The $100 paid to the maid is OPEX. The money spent on furnishing the apartment, instead, will be defined as CAPEX. What helps to discriminate between the two are actually three factors:

Indeed, in the first scenario the maid cleaning expense will have a useful life of few weeks. Furthermore, it is worth less than $2,500 and it won’t produce any future benefits.

On the other hand, couches and kitchen stoves will have a useful life of few years. Further, whey will be worth over $2,500 and it will produce future benefits. Of course, there are few exceptions.

Imagine, the apartment complex your company bought needs to be repainted. Therefore, the painting work is comprised of: material (Paint) for $500 and labor (Painter) for $5,000.

The painter work meets all the criteria above; thereby it is a Capital Expenditure. What about the material (paint)? Even though the paint does not meet all the three CAPEX requirements.

Although, it can have a useful life of more than one accounting cycle, in our specific case it is not worth more than $2,500. Indeed, there is no way the painter would be able to finalize the work without paint.

Therefore, we will consider the paint as part of the overall work. Thereby, the paint, and the labor will be both considered CAPEX. Why is this difference between operating and capital expenditure crucial?

Why is Capital expenditure stated on the Balance Sheet?

Because it will be capitalized. What does it mean? Let me give you a further example. Imagine you bought $20,000 worth of furnishing. Assuming that the useful life of the items is ten years.

If you were to report the $20K furniture as an expense in the first year your profits would be completely eroded due to the fact that you should report a $20K expense under your income statement.

Instead, since this is a capital expenditure it needs to be spread along its useful life. In the specific example: ten years.

Thereby, you will report a depreciation expense of $2,000 on your income statement and concurrently decrease the asset value for $2,000 on your balance sheet. See example below:

Difference between Tangible and Intangible Assets

The former are things with a physical entity, while the latter do not have a physical entity. Imagine you own an IT corporation. What do you need to operate the business? Of course, you need the office, computers and office supplies.

Assuming the corporation produces accounting software. How is your organization generating revenue? Through licensing the software. Therefore, it is crucial to make sure no one will clone it.

How can you avoid the cloning? Through patenting the software. In this example, the patent is an Intangible Asset. The remaining assets: Office building, computers and supplies are Tangible Assets.

Why is this difference important?

In the previous example, the IT Corporation needs computers to operate. Assuming 10 computers were bought for $2,000 each, the total Capital Expenditure was $20K.

Furthermore, they won’t last forever. Assuming a useful life of five years we have to figure out: What is the depreciation and How to record the transaction.

First, depreciation is the decreasing value of the asset on a yearly basis. Second, the formula to compute the depreciation rate is: (Asset Cost – Residual Value) / Useful Life.

Why do we need to depreciate? As we saw in step 1, it would be unfair to report the whole asset cost under the Income Statement since it would completely erode Net Income.

It is correct instead to spread the value of the asset over the useful life.

Therefore, the former will be subject to depreciation, the latter to amortization.

Amortization and Depreciation are linked to ordinary events of the assets lives. When, instead, an asset loses value unexpectedly, it will be subject to impairment.

Imagine your real estate company bought a building at $10 million, with a useful life of 5 years.

At the end of year two due to an earth quick the building is badly damaged. Suddenly the fair market value drops at $5 million. The company decides to sell the building.

How do we estimate the impairment?

First, we have to estimate the carrying value of the Building. This is the Cost of the asset minus its accumulated depreciation = $6 million, or $10 million minus $4 million (10 million/5 years = 2 million x 2 years).

The book value of the building at year two is $6 million and the recoverable amount is $5 million, therefore the impairment amount is $1 million.

The following journal entry will be recorded on our balance sheet and income statement:

The impairment loss will be reported under the income statement as an expense and the accumulated impairment on the balance sheet will decrease the value of the building.

Imagine the opposite scenario. The building increased in fair value instead. At the end of year one, the building is worth $9 million.

Given the carrying value of the building of $8 million, it revaluated by $1 million. We have to record the revaluation on our books:

The revaluation will increase the value of the building on the balance sheet and determine a surplus/gain on our income statement.