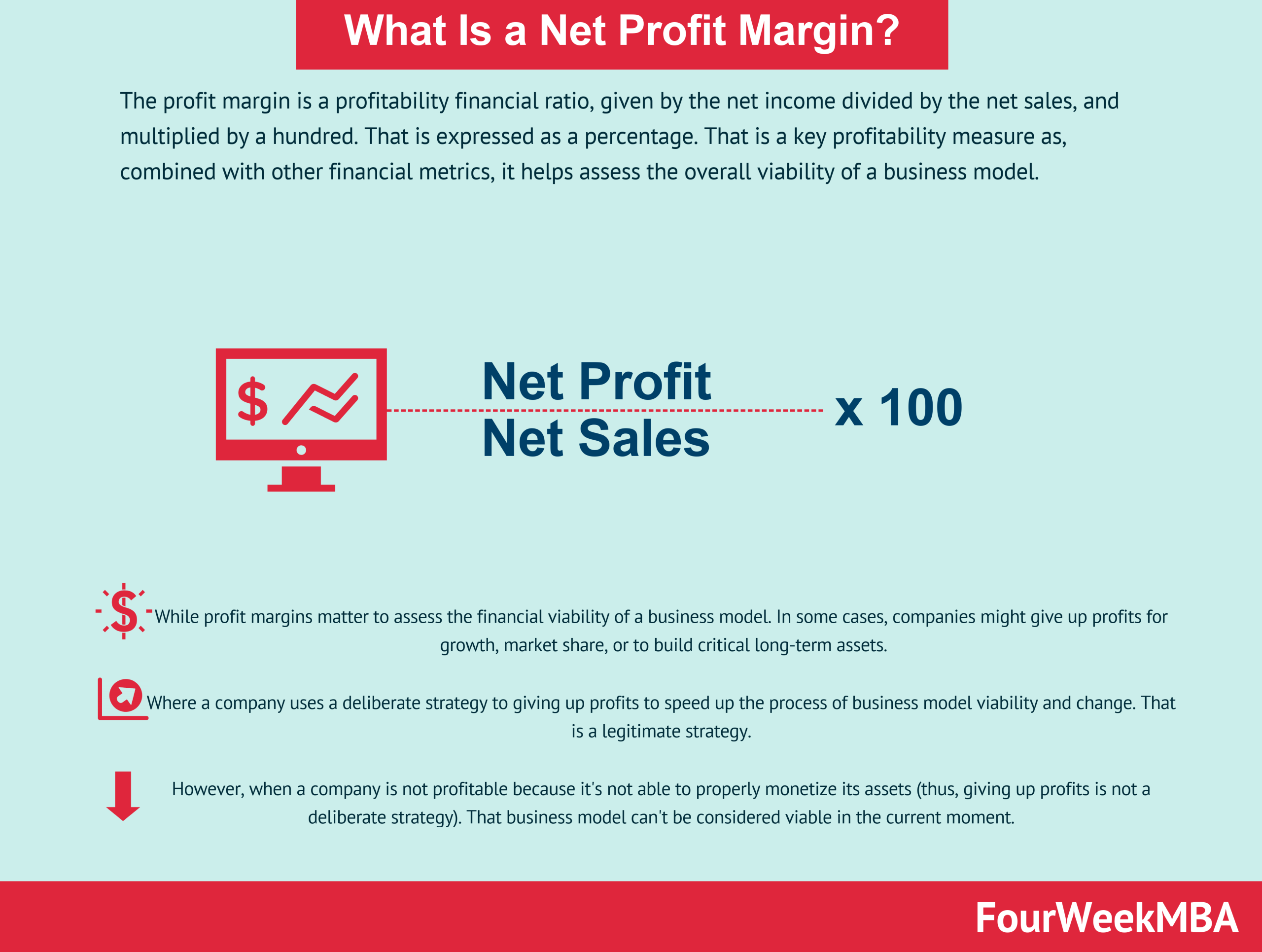 The profit margin is a profitability financial ratio, given by the net income divided by the net sales, and multiplied by a hundred. That is expressed as a percentage. That is a key profitability measure as, combined with other financial metrics, it helps assess the overall viability of a business model.

In the era of digital platforms, many of which unprofitable, the question on whether profitability still matters becomes subject of discussion here and there.

I want to shed some lights on why profitability still matters, and in which exceptions we can give up profitability for something else.

In short, there are some cases, where lack of profitability becomes a deliberate financial and operational strategy, where companies give it up because they are focusing on some other aspects of the business.

Jeff Bezos recounted in a shareholders’ letter, back in 2006:

As our shareholders know, we have made a decision to continuously and significantly lower prices for customers year after year as our efficiency and scale make it possible.

This might seem a trivial decision now, that Amazon turned into a tech giant. Yet, back then Jeff Bezos also highlighted:

However, our quantitative understanding of elasticity is short-term. We can estimate what a price reduction will do this week and this quarter. But we cannot numerically estimate the effect that consistently lowering prices will have on our business over five years or ten years or more.

He had an important point, which he could not back up with that, but only with business intuition. As he further explained:

Our judgment is that relentlessly returning efficiency improvements and scale economies to customers in the form of lower prices creates a virtuous cycle that leads over the long term to a much larger dollar amount of free cash flow, and thereby to a much more valuable Amazon.com.

What was puzzling at the time, would become one of the most important choices Amazon made.

For many years, Amazon has been unprofitable or barely so, as it was deliberately prioritizing, both at operational and financial level on free cash flows, which could be used to unlock shorter term growth for its operations.

This is at the core of Amazon cash conversion cycle.

In order for that mechanism to work, Amazon had to make sure to have fast inventory turnover, fast cash collection from customers, and slower payments to third-party sellers/suppliers.

As a reference, even during the pandemic Amazon managed to unlock substantial cash from operations, which it used to make its inventory level faster, its delivery shorter, and its service more widely available.

Once again, the lack of profitability, for several years, has been exchanged in place of free cash flows and growth.

The free cash flows unlocked enabled Amazon to build a better infrastructure, further lower its prices, improve the variety of products on the platform, expand globally, and launch new products and segments.

When Netflix turned to original programming, back in 2013, it wasn’t a simple choice, it meant the transition from entertaining platform to entertaining brand.

That might seem a trivial change, yet this is a whole business model change.

Over the years, as Netflix developed its own content, it had also more control over the format, and how it delivered, and distributed it. Which would lead to binge-watching as a content model, which explains well the Netflix business model.

In short, Netflix was building up the assets that would lead to a whole new business model, with a stronger brand, proprietary content, strong tech infrastructure, much larger subscription-base, better distribution model.

In addition, over the years, Netflix gained more freedom over content formats, programming and the distribution of that content on its own platform.

Thus, it created a stronger moat.

This leads us also to another key point.

Stil taking into account the Netflix business model and how it changed over the years. As Netflix was building up its assets, it was running at lower profits margins and negative cash flows (it still does), but it was also gaining market shares, in a competing industry, with established, long-time players (like Disney).

As as Netflix business strategy rolled out (this transition took almost a decade) Netflix became as valuable (from a market standpoint) as Disney.

As Netflix gave away operational and financial efficiency, it gained market shares and it expanded the video streaming market, thus expanding the overall value for the company.

Profitability is extremely important to evaluate businesses. Indeed, as the market conditions change quickly, the companies that are most sustainable from a profitability standpoint might also be the ones surviving.

However, for a period of time a company might be giving up profitability as a deliberate strategy to:

In most other cases, where companies are simply not profitable, because they could not pull off a proper business model, that’s an example of a company that isn’t viable, yet.