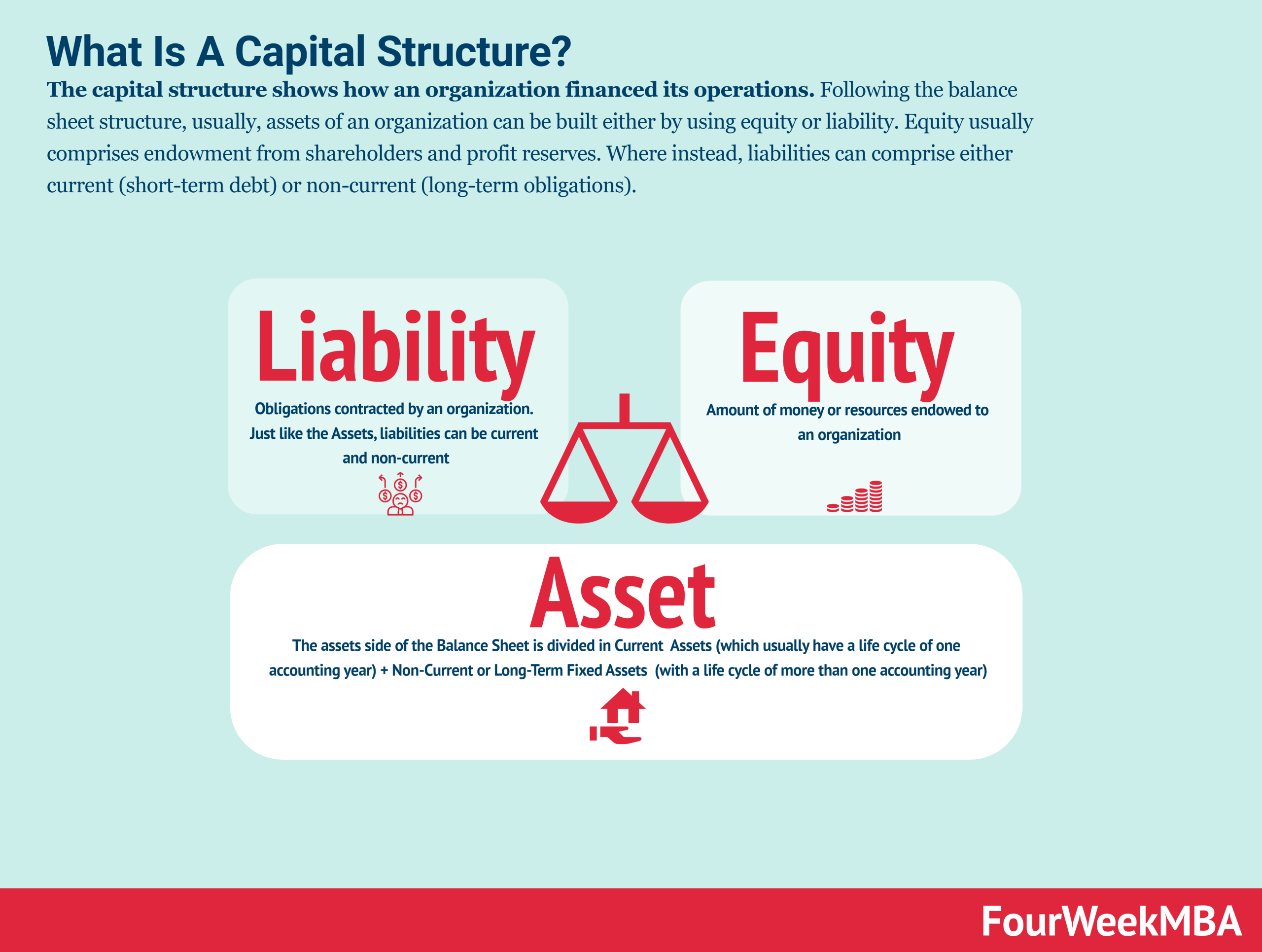 The capital structure shows how an organization financed its operations. Following the balance sheet structure, usually, assets of an organization can be built either by using equity or liability. Equity usually comprises endowment from shareholders and profit reserves. Where instead, liabilities can comprise either current (short-term debt) or non-current (long-term obligations).

From a financial standpoint, there are three main documents that can be used to represent an organization:

For the sake of this guide, we’ll focus primarily on the balance sheet, as this is the document that shows how the company acquired those and it breaks down liability and equity.

Understanding how assets are built from a financial standpoint

A classic balance sheet is comprised of three main accounts:

On the one side, you have the assets or all the things which, from an accounting standpoint, have been deemed as such. On the other end, those assets will be acquired either through liability (debt or other financing forms) or via equity (primarily capital endowments).

For a more in-depth explanation on how balance sheets work:

In financial theory, there are several tools to optimize the capital structure of a company. One of those tools is called WACC, and it enables us to compute the “optimal” composition of debt and equity for a firm, considering the market value of the same.

Indeed, large institutions, firms, and public companies have used in the 1990s leverage as a form of a capital structure optimization, by perhaps taking on more debt. Indeed, with debt comes lower tax rates, and this, in turn, should improve the market valuation of the company, as debt can be pumped in without requiring capital endowments. This has been at the foundation of financial innovation in the 1990s, with private equity firms taking over public companies with leveraged buyouts.

While this might work in theory, in reality, debt is always risky, and it might create a squeeze effect over the company, as a few bad quarters might create liquidity issues. Therefore, while capital structure optimization makes a lot of sense in theory. That is also hard and risky in practice.

Thus, as a small organization, it might make more sense to rather have cash buffers to plan for bad quarters, rather than taking on debt, which might be cheaper in a given period, yet it might silently raise the company’s overall financial risks.