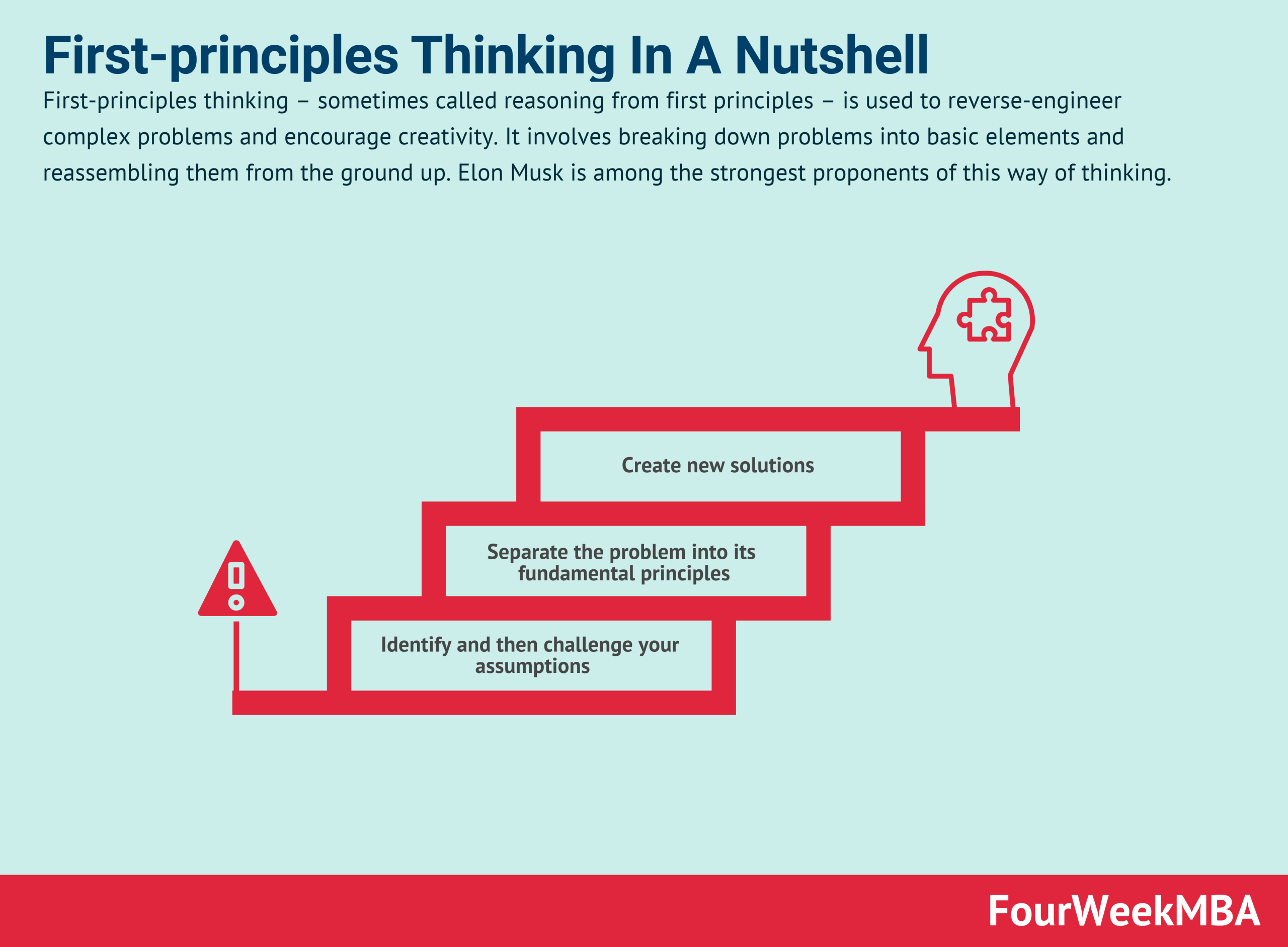 First-principles thinking – sometimes called reasoning from first principles – is used to reverse-engineer complex problems and encourage creativity. It involves breaking down problems into basic elements and reassembling them from the ground up. Elon Musk is among the strongest proponents of this way of thinking.

First-principles thinking has been employed by many greater thinkers over the years, including military strategist John Boyd and ancient Greek philosopher Aristotle.

In modern times, Elon Musk is the thinker most associated with the concept. When the entrepreneur attempted to source rockets for an expedition to Mars, he ran into a major challenge right away. After consulting with several companies, Musk learned the cost of a single rocket would be an astronomical $65 million.

This presented a major obstacle to his ambitions, so he used first-principles thinking to reframe the problem. “Physics teaches you to reason from first principles rather than by analogy. So I said, okay, let’s look at the first principles. What is a rocket made of? Aerospace-grade aluminum alloys, plus some titanium, copper, and carbon fiber. Then I asked, what is the value of those materials on the commodity market? It turned out that the materials cost of a rocket was around 2% of the typical price”, Musk would later remark.

Everyone knows that SpaceX was born soon after. However, the reasons for establishing the company are perhaps more interesting. Instead of spending tens of millions of dollars on rockets, Musk decided to create SpaceX so he build the rockets himself using cheaper raw materials.

Fundamentally, first-principles thinking encourages individuals to think like scientists who do not assume anything to be true. The method requires actively questioning every assumption one has regarding a problem or situation and creating new knowledge from the ground up.

Indeed, first principles can be described as basic assumptions that cannot be reduced or questioned any further. At this point, creativity and innovation begin.

To harness the power of first-principles thinking, simply work through the following steps: