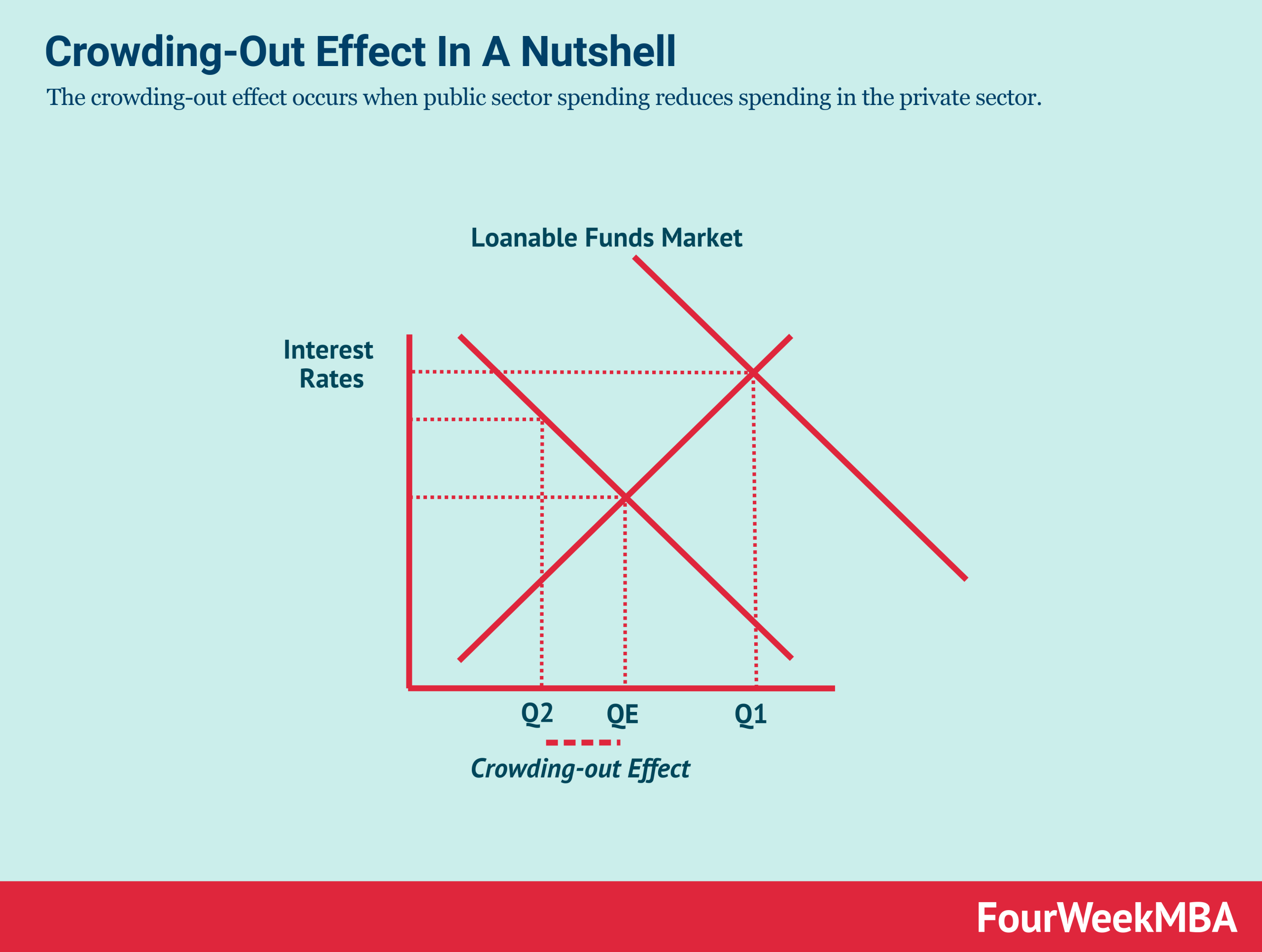 Breaking down the crowing out effect

Governments engage in spending to increase demand for goods and services among consumers at a given time and price – otherwise known as aggregate demand. However, such public spending is theorized to decrease aggregate demand instead of the reverse.

How governments finance this increased spending explains the crowding-out effect and how it can reduce consumer confidence in spending.

Spending is usually financed by:

Fundamentally, the crowding-out effect reduces the total amount of savings available for investment. As public spending increases, so too does the demand for available capital. However, the total amount of capital remains constant. This has the effect of increasing interest rates to a level where only governments can afford to service loan repayments. When this occurs, individuals and businesses of all sizes are forced, or “crowded-out” of the market.

Consider the case of a company looking to borrow $100 million to build a new headquarters. Before government spending, the company was offered an interest rate of 6%. But after the government announced it would offer business loans to stimulate the economy, the company finds the interest rate is now 8%. With a 33% rise in the interest rate, the company cannot afford to service the loan. They are in effect prohibited from entering the market, and the resultant jobs and consumer spending that would have occurred from construction are also lost.

Why does the crowding-out effect matter?

Decreases in private sector spending on goods and services ultimately slows economic growth. When governments borrow money to stimulate consumer spending during a recession, consumers are fearful of being crowded out and subject to higher taxes or interest rates in the future. As a result, they tend to save the stimulus money instead of spending it. This, in turn, renders fiscal stimulus packages ineffective.

The cyclical nature of the crowding-out effect

Government spending has the potential to backfire and reinforce the problem it was designed to address. This can be observed in the following examples: