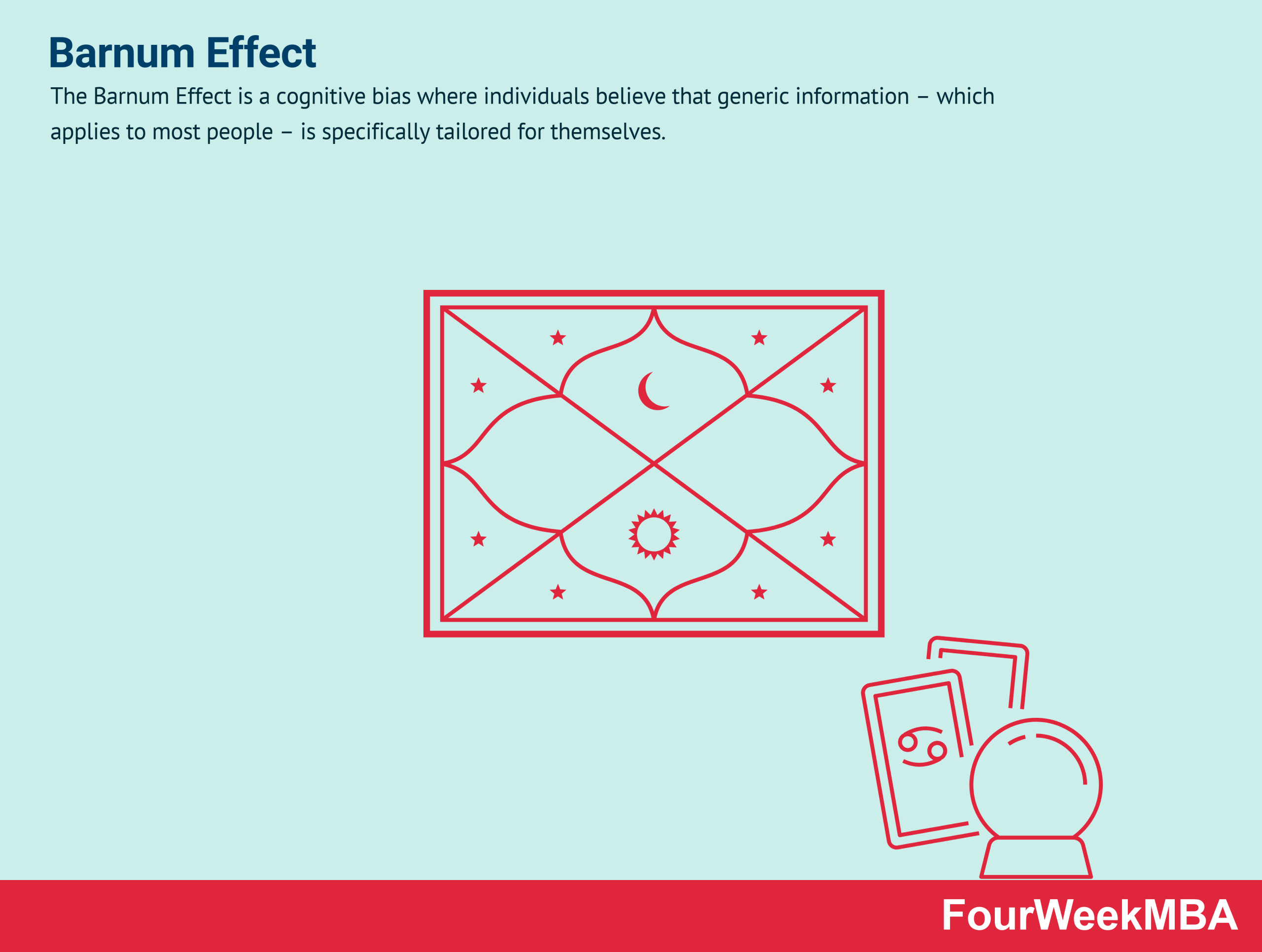 The Barnum Effect is a cognitive bias where individuals believe that generic information – which applies to most people – is specifically tailored for themselves.

The classic example of the Barnum effect at work lies in daily horoscopes, where vague and very general statements provide advice for individuals of a particular star sign. The advice is of course equally applicable for individuals in the other 11 signs.

In modern business, the Barnum effect can be seen in digital companies such as Facebook, Spotify, and Netflix. Each incorporates “recommended for you” type features to give the illusion of a tailored product, but these features are based on broader demographic and behavioral data.

Psychologist Bertram R. Forer called the Barnum effect the “fallacy of personal validation” because consumers love to be complimented. Importantly, they trust compliments as being truthful – even if they are false in the sense that they apply to a large number of people.

Ultimately, businesses that flatter their consumers in some way tend to reap the highest rewards. This is because consumers who experience validation are easily influenced and this can be exploited to drive sales.

Benefits of the Barnum effect in business and marketing

The Barnum effect has implications for how a business engages with its consumers and creates a lasting relationship. Primarily, this is achieved by making consumers feel as if they are personally interacting with a brand. In turn, this increases brand loyalty and increases customer retention.

In marketing, the effect will be almost invisible to most people. But it is very often found in:

It’s important to note that businesses using the Barnum effect are not preying on people for monetary gain.

Instead, they are simply tapping into a tendency for consumers to filter the extraordinary amount of information they are bombarded with daily. Cognitive biases help this filtering because invariably, consumers only respond to personally meaningful information. Or, in the case of the Barnum effect, information that flatters or validates.

Businesses should always remember that these biases occur with or without the presence of marketing. There is nothing to be lost by marketing agencies telling consumers what they want to hear, which makes them feel more valued as a result.