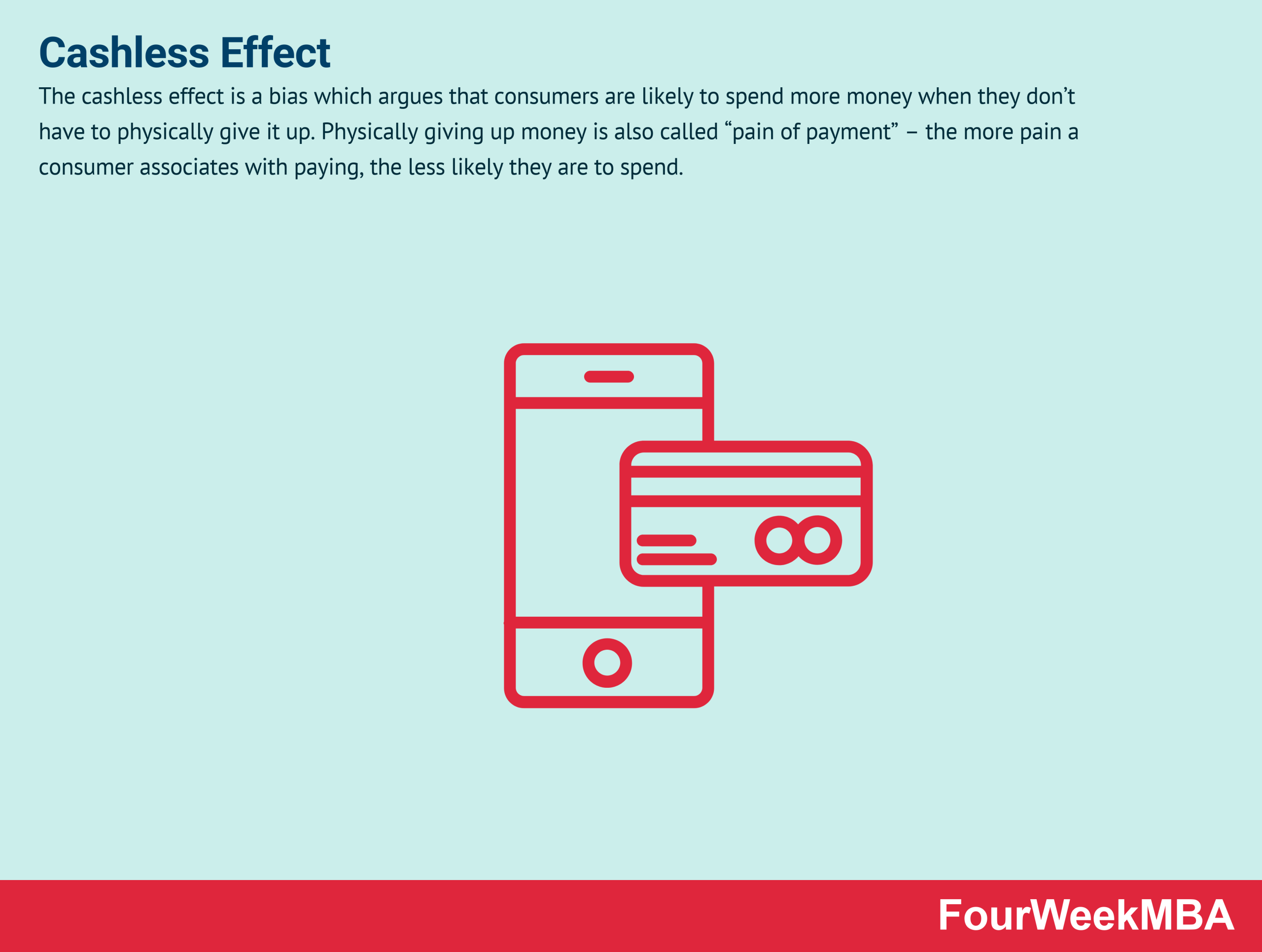 The cashless effect is a bias which argues that consumers are likely to spend more money when they don’t have to physically give it up. Physically giving up money is also called “pain of payment” – the more pain a consumer associates with paying, the less likely they are to spend.

As developed nations transition to cash-free societies, the implications of the cashless effect for consumer spending habits are significant.

The cashless effect states that consumers are willing to pay more when they can’t physically see the money being spent.

The cashless effect has been well documented in studies. In a 2003 marketing study, residents spent more money doing their laundry when washing machines took cards instead of cash.

In another study by MIT, two groups of people were asked to bid on tickets to a sporting event. The group who had a credit card to fund the purchase bid up to 72% more than the group funded with cash.

Implications for business and marketing

The benefits of a business taking advantage of the cashless effect are obvious, but this does not diminish their scalability or effectiveness.

Let’s take a look at how the cashless effect is already being implemented:

With the shift toward digital transactions, payment providers and app developers may decide to establish or increase user fees. While this is unlikely to curb spending habits for existing users, fees may dissuade others from signing up.

The ease of spending associated with the cashless effect can also create social problems and widen economic inequality. For example, consumer debt in the U.S. in 2019 was almost $14 trillion alone. Long term, consumer debt is bad for business because people have less disposable income.

In the face of the COVID-19 pandemic, many countries have also seen credit card ownership and debt reduced significantly. Whether this reduces the cashless effect remains to be seen, but there is potential that consumers who use debit cards for purchases may be more discerning buyers.