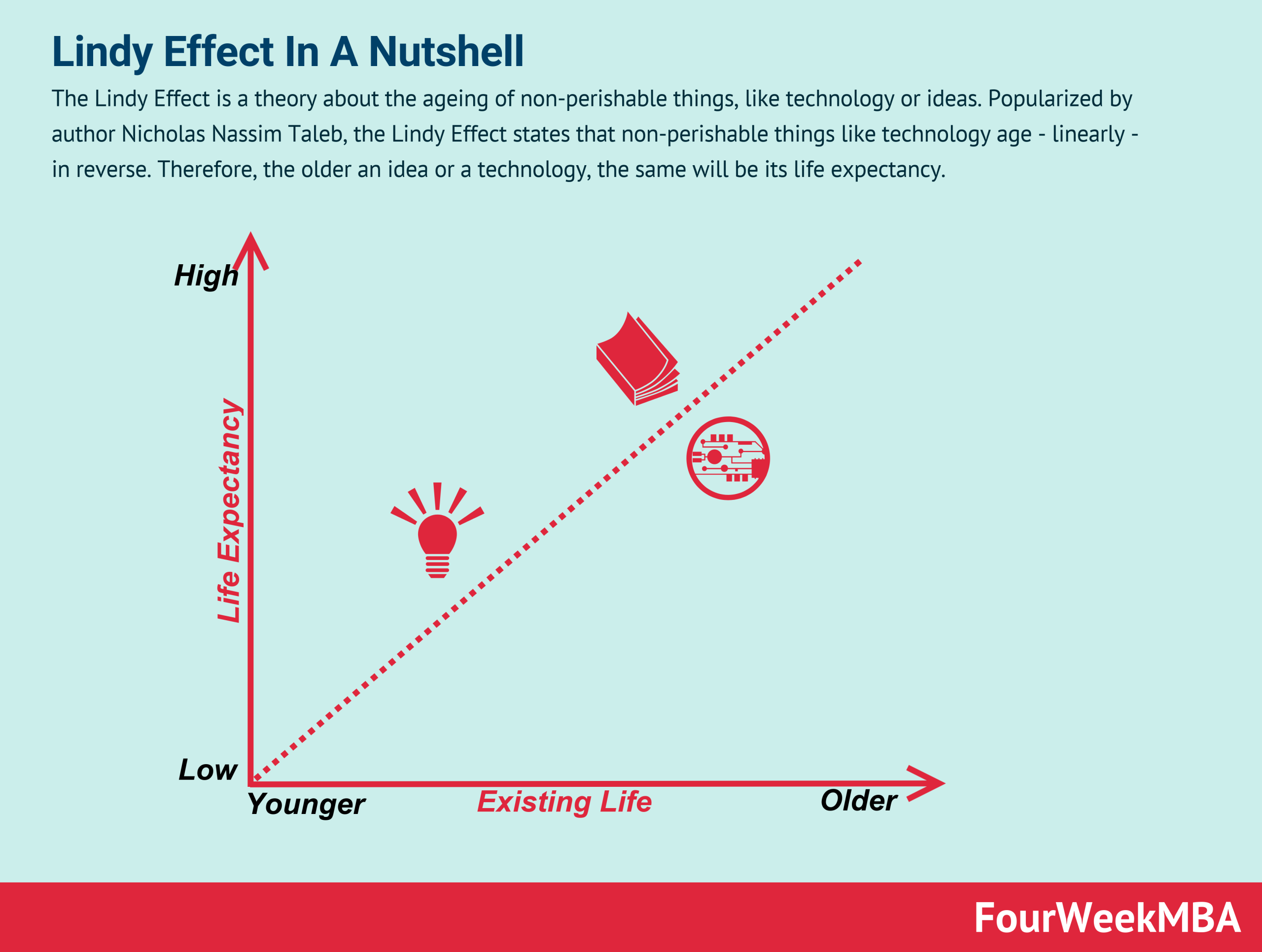 You are waiting in line at the post office. In front of you, there are two people.

One is a young fellow of twenty years, and the other is an old folk, he seems to be about eighty years old. In your mind, there is no doubt. The old fellow will die way sooner than the young fellow.

Of course, we are thinking about probability. In other words, we know that there are way more chances that the old folk will die sooner than the young fellow.

While this reasoning works when we are in the domain of something perishable (things with a determined life expectancy); this kind of thinking becomes flawed when we switch to another area, the non-perishable.

In other words,  As Nassim Taleb, author of Antifragile explains, when we get into the non-perishable domain the probability distribution of something happening, changes altogether.

In short, while the life expectancy of two people (humans fall into the perishable domain) follows a Gaussian distribution (also called normal distribution). When it comes to the non-perishable (such as the content you are about to create by pounding your fingertips on the keyboard), it follows a Power Law distribution.

Practically speaking you are creating something that has the potential to live forever!

But how can we leverage on the Lindy Effect to create such content?

Over two thousand years ago, a man, from Cisalpine Gaul (a region that stretched throughout the Northern part of Italy) aspired to become a poet.

His name was Publius.

Publius was already quite famous in Rome. In fact, the Roman Emperor, Augustus, had commissioned him to write a poem.

Although Publius had spent the last years of his life, working and drafting that poem, it always seemed to him that something was missing.

The work never seemed to be ready for being published.

The years went by, and although Publius’ work had become encyclopedic, he didn’t feel ready. While visiting a town, called Megara, he got sick and not long after he died.

As the story goes before dying, Publius ordered his literary executors to burn his work. But Emperor Augustus ordered them to disregard Publius’ wish.

That was how the most influential poem in Western literature was born. Indeed, that man was Publius Vergilius Maro (better known as Virgil), and his work was the Aeneid!

What can we learn from this story?

Arms and the man I sing, who first made way,
predestined exile, from the Trojan shore
to Italy, the blest Lavinian strand.
Smitten of storms he was on land and sea
by violence of Heaven, to satisfy
stern Juno’s sleepless wrath; and much in war
he suffered, seeking at the last to found
the city, and bring o’er his fathers’ gods
to safe abode in Latium; whence arose
the Latin race, old Alba’s reverend lords,
and from her hills wide-walled, imperial Rome.

Those are the opening lines of Virgil’s Aeneid.

The great paradox of the whole story is the fact that Vigil did not want his work to be published. Once published it was a great success!

There is implicit learning that time applies to non-perishable things, which makes them cleaner of noise. That doesn’t mean there is no noise for things that have survived for a long time, but less noise, or at least they might have a stabilizing effect that we can’t know for sure but it’s there.

The Lindy Effect teaches us that non-perishable things age in reverse. This means that things that have survived for a longer time might probabilistically live longer.

Of course, this will highly depend upon the developed context,.

Switching Costs And Why They Matter In Business

Switching costs consist of the costs incurred by customers to change a product or service toward another similar product and...