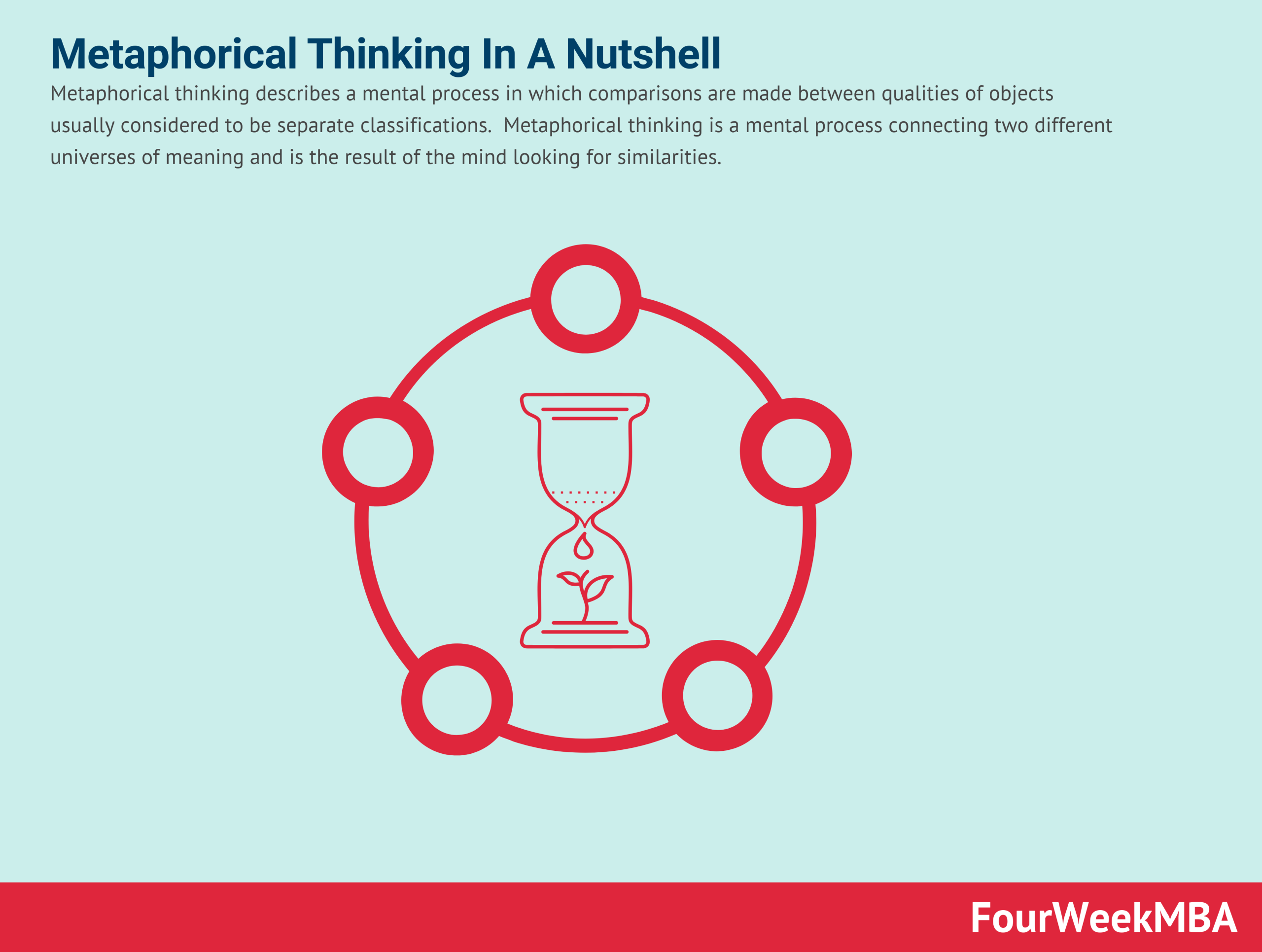 An expert metaphorical thinker can sense the hidden connections between these classifications in a way that is creative or even poetic. Each connection is made by identifying similarities, which is a natural tendency of the human mind.

When director Ridley Scott was pitching the idea for his new movie Alien, he described it with the three-word metaphor “Jaws in space”. Here, Scott made an apparently unrelated connection between a previous movie about killer sharks and outer space.

In addition to connecting unrelated objects, metaphors similarly connect problems with unrelated or dissimilar problems and situations. Metaphorical thinking can be used to address predominantly logical thinking, which can stifle the creative process. Lastly, metaphors themselves help the individual approach something from a different perspective or encourage their audience to do the same.

How does metaphorical thinking help creativity?

Metaphorical thinking encourages creative thinking by reframing the situation or problem in three ways. That is, metaphors:

While the applications of metaphorical thinking in business are limitless, there are two broad ways they can be used.

Here, businesses help consumers make sense of the unfamiliar by comparing it to something relatable. In technology, metaphorical thinking was used to describe new products such as the mouse, desktop, Windows, and Facebook.

During brainstorming sessions designed to solve problems, teams may also benefit from reducing the problem or process into something so familiar a child could comprehend.

Organizations can use this approach to help employees or consumers gain a new appreciation for something they’ve taken for granted.

For example, a company selling shampoo in a market where consumers tend to stick with one brand may use metaphors to encourage consumers to try something new. That is, marketing campaigns may be based on metaphors describing resistance to change, such as:

Brainstorming can also be used here to force teams into multiplicity, or the process of analyzing a problem from multiple points of view. When the team is forced to look at an old problem with a fresh perspective, the likelihood of finding a solution increases.

The “new point of view” brainstorming technique is one such example. It advocates the creation of metaphors by imagining how professionals in vastly unrelated fields might solve the problem at hand.