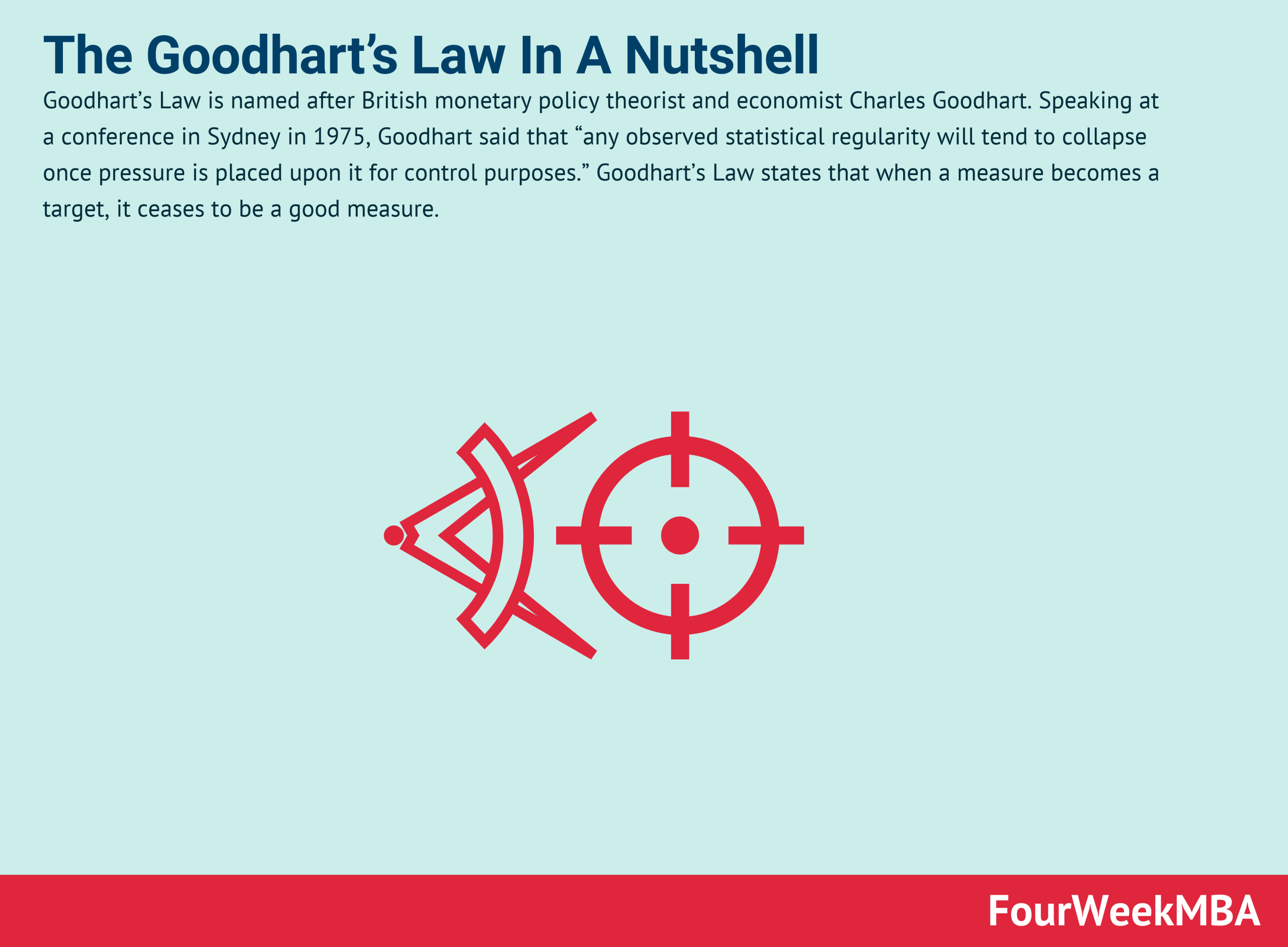 Goodhart’s Law is named after British monetary policy theorist and economist Charles Goodhart. Speaking at a conference in Sydney in 1975, Goodhart said that “any observed statistical regularity will tend to collapse once pressure is placed upon it for control purposes.” Goodhart’s Law states that when a measure becomes a target, it ceases to be a good measure.

Goodhart would later admit that his quip was intended to be a humorous, throw-away comment. But it was nevertheless an accurate and perceptive observation about how the modern world functions.

It’s important to note that Goodhart himself had no role in naming the law for which he is named. That distinction goes to anthropologist Marilyn Strathern, who argued in a 1997 paper that the law had uses beyond statistics to evaluation in a broader sense.

An oft-told story of Goodhart’s Law at work can be described by the cobra effect. In India under British colonial rule, the government was troubled by the number of venomous cobras. To reduce their population, the government placed a bounty on every cobra the locals could catch. This strategy worked for a while, but some individuals began breeding the cobras only to kill them later and collect a higher bounty.

Eventually, the colonial government caught on and scrapped the scheme, causing many of the bred cobras to be released into the wild. The key takeaway of the cobra effect story is that incentives designed to solve a problem end up rewarding people for making the problem worse.

The four forms of Goodhart’s Law

There are generally accepted to be four variations on Goodhart’s Law:

Avoiding the impact of Goodhart’s Law

Of the four variations of Goodhart’s Law, only the Regressive Goodhart is unavoidable.

For the remaining three, here are some simple avoidance tips: