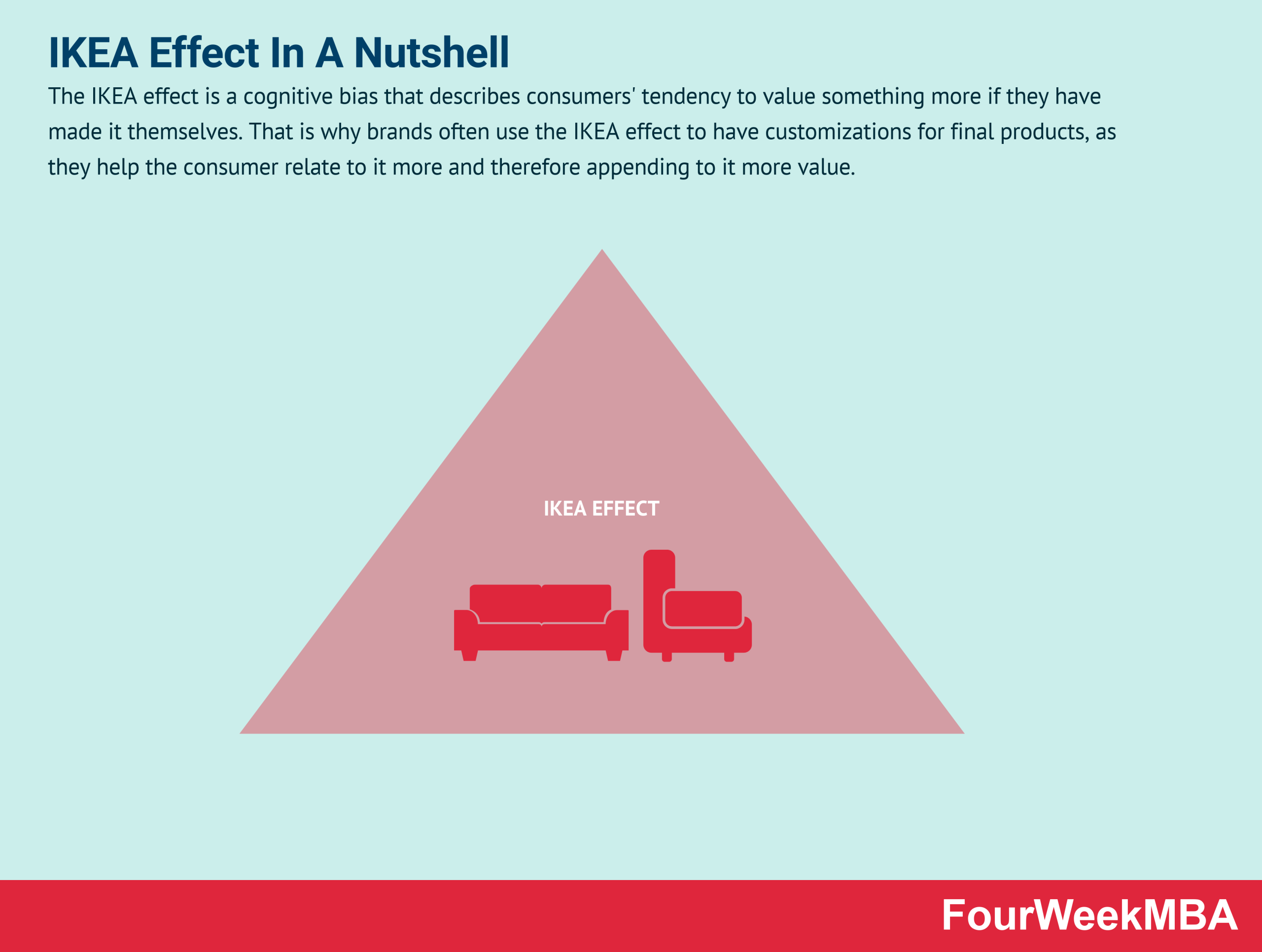 The IKEA effect is a cognitive bias that describes consumers’ tendency to value something more if they have made it themselves. That is why brands often use the IKEA effect to have customizations for final products, as they help the consumer relate to it more and therefore appending to it more value.

The IKEA effect is named after Swedish furniture giant IKEA and their range of iconic flat-pack furniture and home décor.

But the effect itself has been used in marketing consumer goods since at least the early 1950s. During that time, Betty Crocker instant cake mixes began to appear on supermarket shelves. Consumers were initially wary of these products, believing that it made the process of making a cake too simplistic.

Upon this realization, Betty Crocker changed the recipe so that consumers had to add an egg. This simple change in the process meant that consumers felt they had contributed some effort to the final product. Some 70 years later, cake mixes are as popular as ever.

Implications of the IKEA effect for business and marketing

To harness the benefits of the IKEA effect, businesses should keep these principles in mind:

Potential disadvantages of the IKEA effect

For certain businesses or industries, the IKEA effect may simply be unsuitable. Large companies such as McDonald’s would become inefficient during peak periods if meals could be customized ad nauseam.

The same can also be said for logistics. DELL is a terrific example of a company adding customization to a generic product line by allowing customers to “build” their PCs. However, few businesses could absorb the logistical inefficiencies associated with this level of consumer involvement in the manufacturing process.