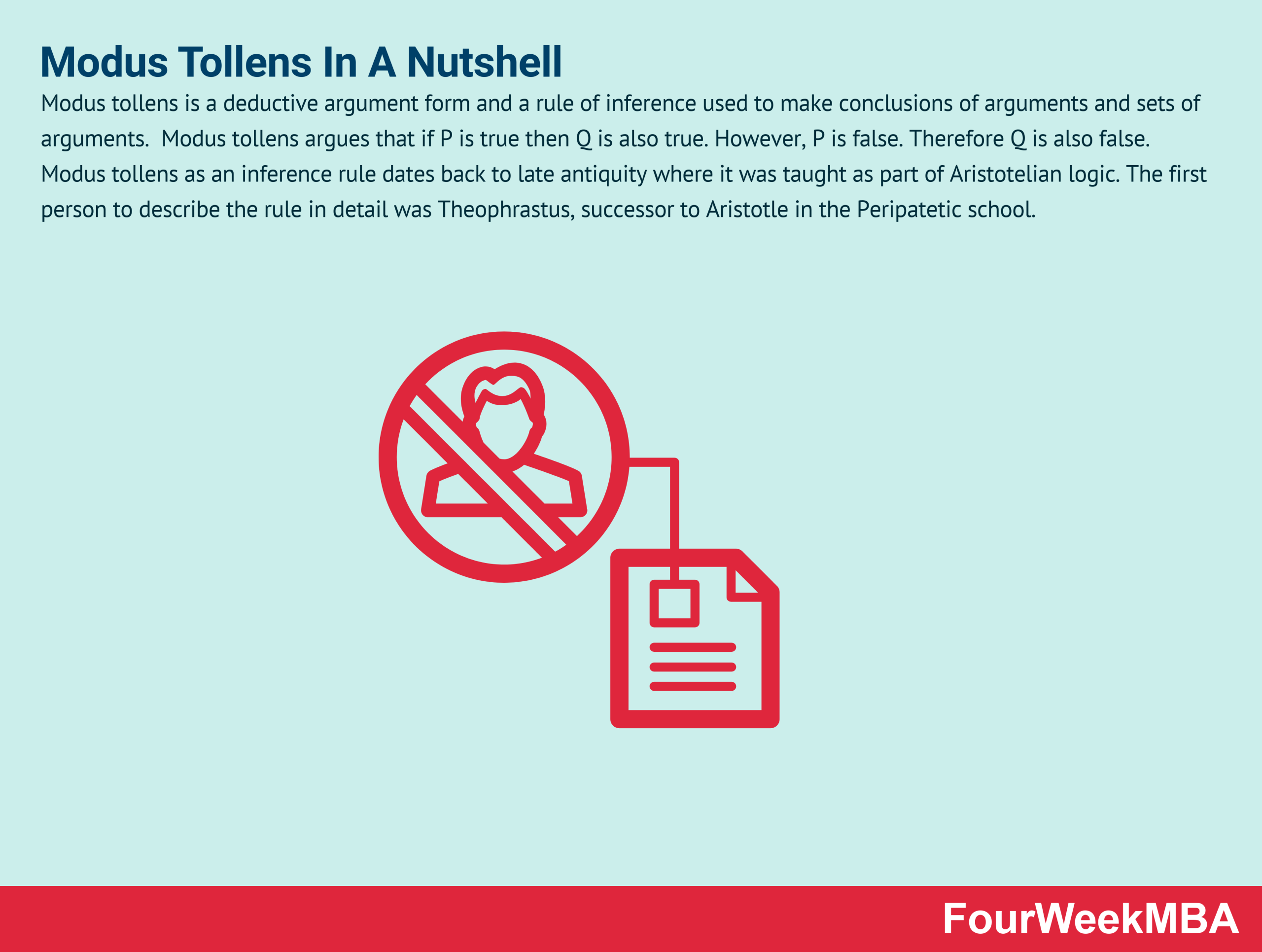 Modus tollens is a deductive argument form and a rule of inference used to make conclusions of arguments and sets of arguments.  Modus tollens argues that if P is true then Q is also true. However, P is false. Therefore Q is also false. Modus tollens as an inference rule dates back to late antiquity where it was taught as part of Aristotelian logic. The first person to describe the rule in detail was Theophrastus, successor to Aristotle in the Peripatetic school.

The structure of a modus tollens argument resembles that of a syllogism, a type of logical argument using deductive reasoning to arrive at a conclusion based on two propositions that are assumed to be true.

Based on these two premises, a logical conclusion can be drawn. That is, the antecedent of the conditional claim P is also not the case. Here, the antecedent is the “if” statement. It’s important to note that P and Q can be anything – even completely made up words – so long as the construction of the argument makes logical sense.

If the sky is blue, then it is not raining.

Therefore, the sky is not blue.

“The sky is blue” is the antecedent, while “it is not raining” is the consequent.

In the previous section, we noted that P implies Q. If the consequent is false, then it stands to reason that the antecedent is also false. This same implication also means that if an argument fails to reach a true consequent then the antecedent must also be false.

While P implies Q, it cannot be assumed that a false antecedent implies a false consequent in all instances. For example, a sky that is not blue does not necessarily mean it is raining. It may just be a cloudy day where the sky is obscured. This assumption is a common fallacy known as denying the antecedent and is a trap many individuals fall into.

Other examples of modus tollens arguments

If the dog detects an intruder, the dog will bark.

The dog did not bark.

Therefore, no intruder was detected by the dog.

If it is a car, then it has wheels.

It does not have wheels.

Therefore, it is not a car.