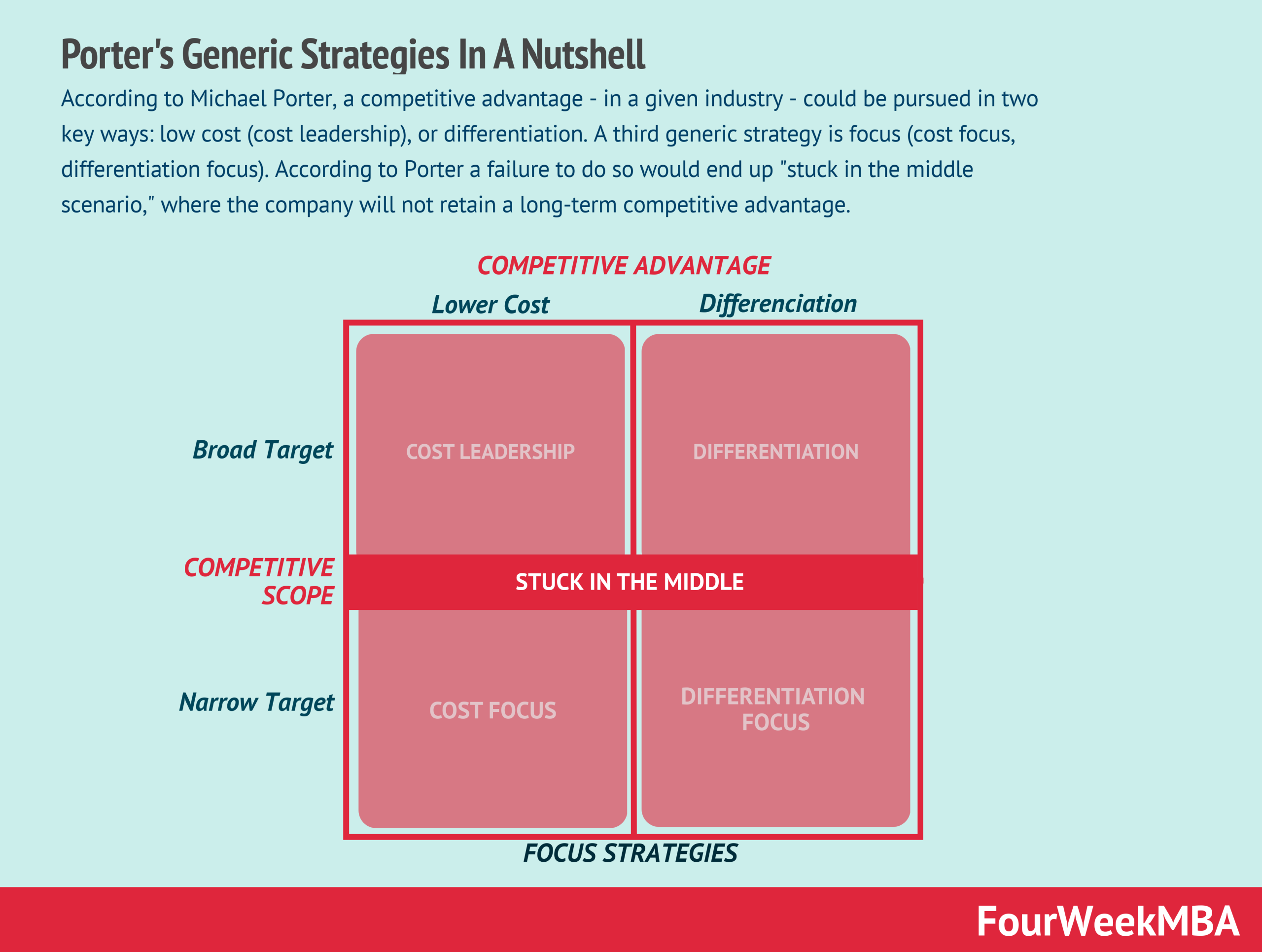 In his book, “Competitive Advantage,” in 1985, Porter conceptualized the concept of competitive advantage, by looking at two key aspects. Industry attractiveness, and the company’s strategic positioning. The latter, according to Porter, can be achieved either via cost leadership, differentiation, or focus.

As Porter was trying to conceptualize and break down what determined a competitive advantage for companies, within specific industries, Porter created a framework that would stick for decades.

And another one, that also based on the industry attractiveness, determined the strategic positioning (Porter’s generic strategies to gain a competitive advantage).

As he explained in the book, “competition is at the core of the success or failure of firms.”

The whole point for Porter was, through competitive strategy, “to establish a profitable and sustainable position against the forces that determine industry competition.”

Industry attractiveness could be analyzed through five core forces:

Once a company had clear in mind the context and industry, it needed to make a strategic choice, that for Porter was summarized in three core moves.

Be a cost leader, differentiator, focuser or die..

Within cost leadership, a company that for several factors (spanning from economies of scale to operational efficiency) managed to sell a product at a lower price and still make good profit margins, would sustain its long-term competitive advantage, is in a good strategic position.

On the other side, based on a different context a company could still reach a competitive advantage in a broad market through differentiation.

A third generic strategy, that targeted a narrow scope within an industry could also be reached through cost focus or differentiation focus.

There is one scenario, that Porter emphasized to avoid: stuck in the middle.

Getting stuck in the middle

Other strategic frameworks by Porter