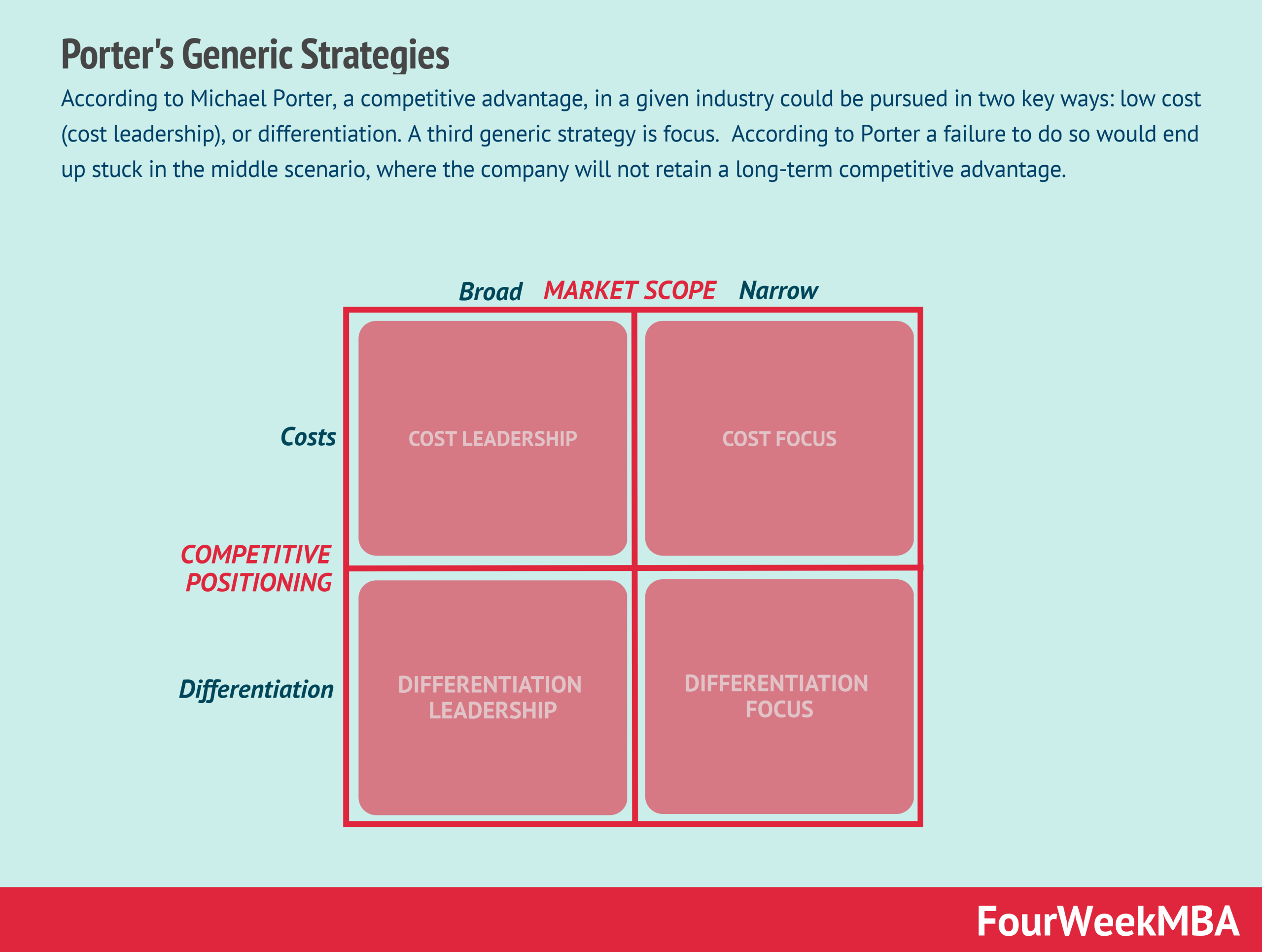 In his book, “Competitive Advantage,” in 1985, Porter was trying to conceptualize and breaking down what determined a compeititve advantage for companies, wihtin specific marketplaces.

As he explained in the book, “competition is at the core of the success or failure of firms.”

The whole point for Porter was, through competitive strategy, “to establish a profitable and sustainable position against the forces that determine industry competition.”

For Porter the whole matter of competition lied in understanding what industries carried long-term profitability and what factors determined it.

The company able, through competitive strategy, to grasp those two factors would be able to build a competitive advantage (sustained long-term high profits).

At the same time, in order for a firm to create this competitive advantage, it needed to pick its competitive position.

According to Porter, then, the world of business strategy could be addressed according to two core, dynamic elements:

In that, competitive strategy will asnwer two core questions:

The first step, for Porter, was the analysis of the industry attractiveness. This could be analyzed and understood through the Porter’s five forces.

There are two basic types of competitive advantage: cost leadership
and differentiation. A third one is focus.

Let’s break them down.

According to Porter there are three core strategies for competitive positioning: cost leadership, differentiation and focus.

Cost leadership is straightforward, as the player rolling this out will become the lost-cost producer in the industry.

As Porter highlighted, a cost leader has to have a broad scope (and scale). Indeed, the broad scope is a key element fo cost leadership, in the first place.

A cost leader simply will be able to offer among the lowest priced products in the industry, because it achieved cost leadership.

Therefore, the cost-leader isn’t such because it started a price war. Quite the opposite, the cost leader is such, because thanks to its broad industry reach, efficiency, and scale, can sell its products at a lower price and yet make margins.

In short, the low priced product is the effect of cost leadership.

The cost leader has to keep an eye on differentiation as well. Thus, there isn’t a pure cost leader, meant able to be such without differenciation.

A cost leader has to be at least comparable or perceived as such, to enable the cost leader to have enough margins for long-term sustained advantage.

Porter hihglights that differentiaiton can be different on any industry, and it can be based on:

Differentiation will be achieved as a firm will attract buyers based on its unique features, or perhaps by how the firm is perceived in the marketplace and industry.

The focus strategy can be broken down in two sub-categories:

Stuck in the middle

Where a company fails in achieving one of the three generic strategies, it falls in a scenario that Porter calls “stuck in the middle.”

In this scenario, the company failed to achieve any competitive advantage, as such it will experience a below-average performance.

That’s because, according to Porter, the companies implementing one of the three generic strategies, will have a competitive advantage, and the company stuck in the middle, therefore, will experience a disadvantage.