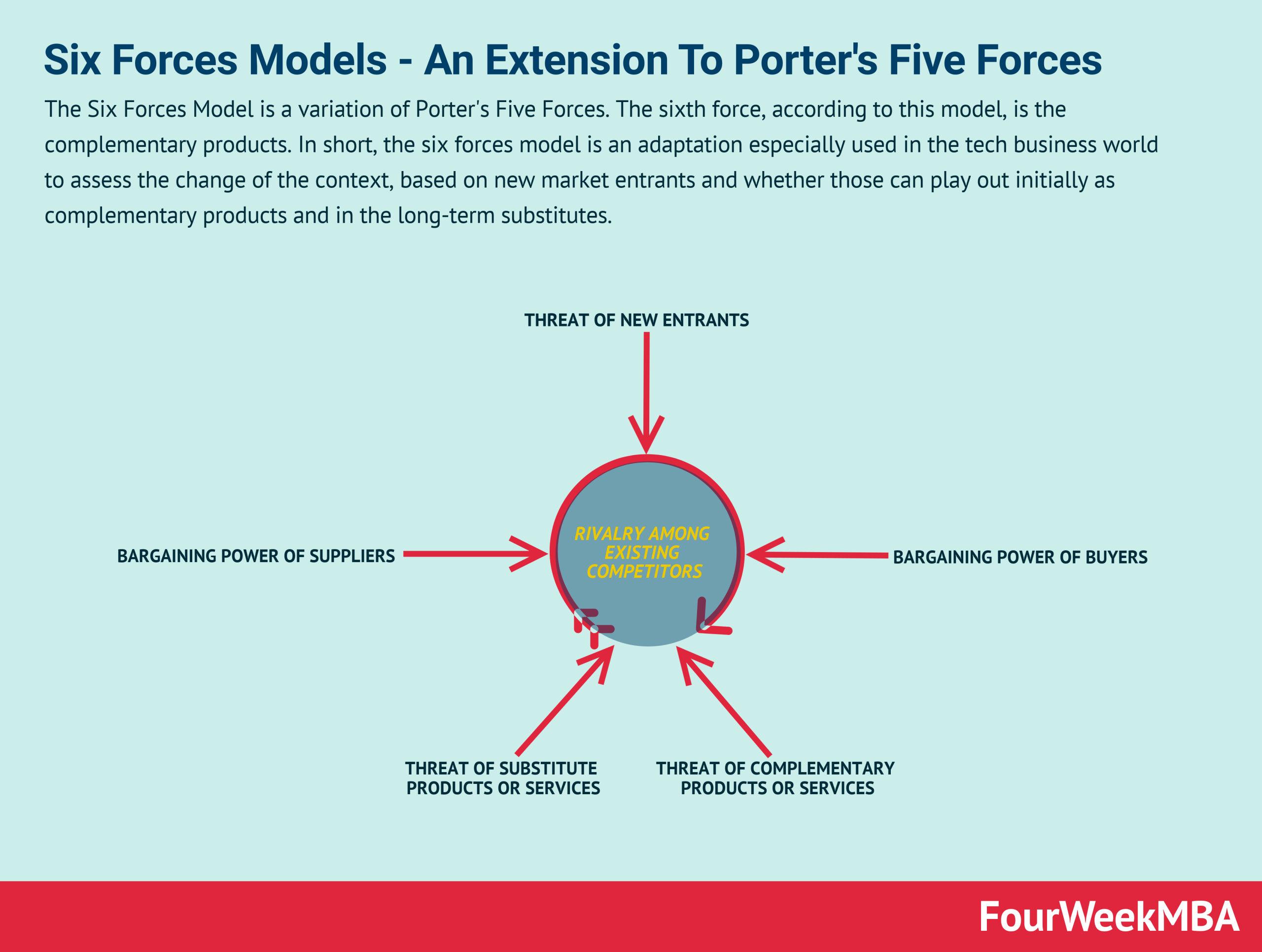 The Six Forces Model is a variation of Porter’s Five Forces. The sixth force, according to this model, is the complementary products. In short, the six forces model is an adaptation especially used in the tech business world to assess the change of the context, based on new market entrants and whether those can play out initially as complementary products and in the long-term substitutes.

Another important variation of Porter’s Five Forces Model is the Six Forces Model, where the sixth force is represented by complementary products. This force has been added throughout the 1990s, when different markets, especially in the tech industries had been reshaped by innovations, which were seen by consumers as complementary products first, then replaced completely existing products.

Indeed, Andrew Grove, former Intel’s CEO and the father of the OKR Goal-Setting System, in his book “Only The Paranoid Survive” highlighted how the sixth force – complementary products – was one of the key forces that determined a complete reshaping of the way of doing business.

And therefore, one of the forces that most (especially in the tech industry traveling at a faster speed compared to other sectors) had the ability to change business models, and leading to what Andrew Grove called a strategic inflection point. A point from which the way of doing business would never be the same.

This could become both a big threat for existing players, an opportunity for new entrants, but also a way for existing dominant players to redefine completely their business models. That is why, it makes sense, especially for companies operating in the tech business world, to map and analyze the context by adding this sixth force.

Started as a pay-later solution integrated to merchants' checkouts, Affirm makes money from merchants' fees as consumers pick up the...