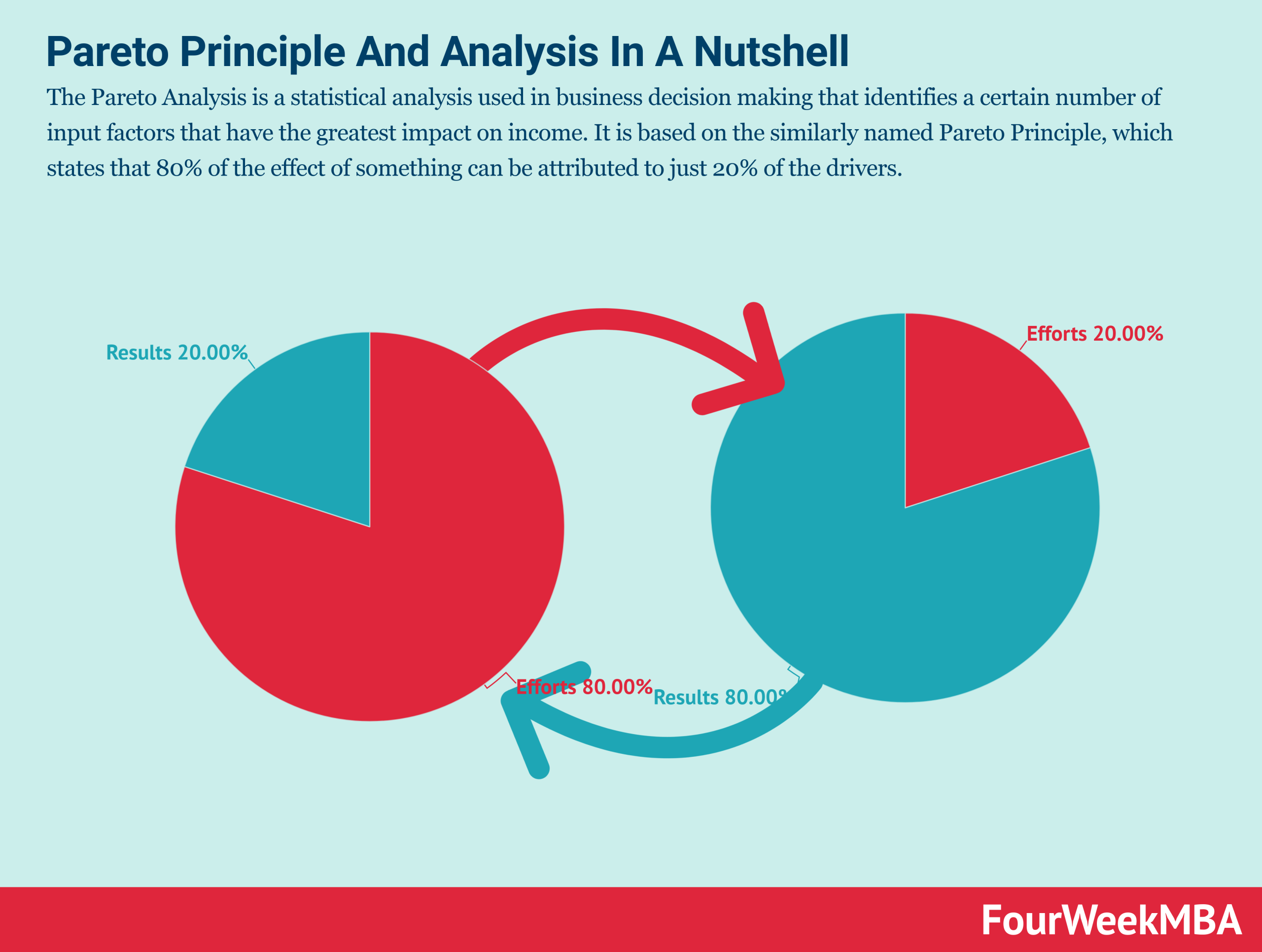 The Pareto Analysis is a statistical analysis used in business decision making that identifies a certain number of input factors that have the greatest impact on income. It is based on the similarly named Pareto Principle, which states that 80% of the effect of something can be attributed to just 20% of the drivers.

The Pareto Analysis was named after Italian economist Vilfredo Pareto, who noted that 80% of the total income earned in Italy went to 20% of the population. In a modern business context, the principle is evident in a variety of settings.

Although the applications of a Pareto Analysis are vast, certain principles will apply to most situations.

Following is a six-step process that businesses can use.

Start by writing a list of the problems that need resolving.

Then, identify the fundamental cause of each problem. Note that there could be multiple causes of a single problem.

In step 3, it is time to score each problem. The scoring method being utilized will depend on the industry and the nature of the problem itself. For example, a business trying to increase profits might score each problem based on how much it is costing them.

Indeed, cost is a common problem in business. But problems can also be scored based on duration or the number of times they occur in a specified period.

Group the problems according to the root cause. Perhaps a group is focused on customer satisfaction, while another on quality control.

Now, add the scores for each group. The group with the highest score is the top priority, as it is part of the 20% of factors causing 80% of the problems. Sometimes, two or even three groups may be causing the majority of problems.

Lastly, allocate resources to the problems with the highest scores and thus the most potential to impact on profits, customers, or sales.

Advantages of the Pareto Analysis

What Is The Buffet Indicator And Why It Matters In business

The Buffet Indicator is a measure of the total value of all publicly-traded stocks in a country divided by that...