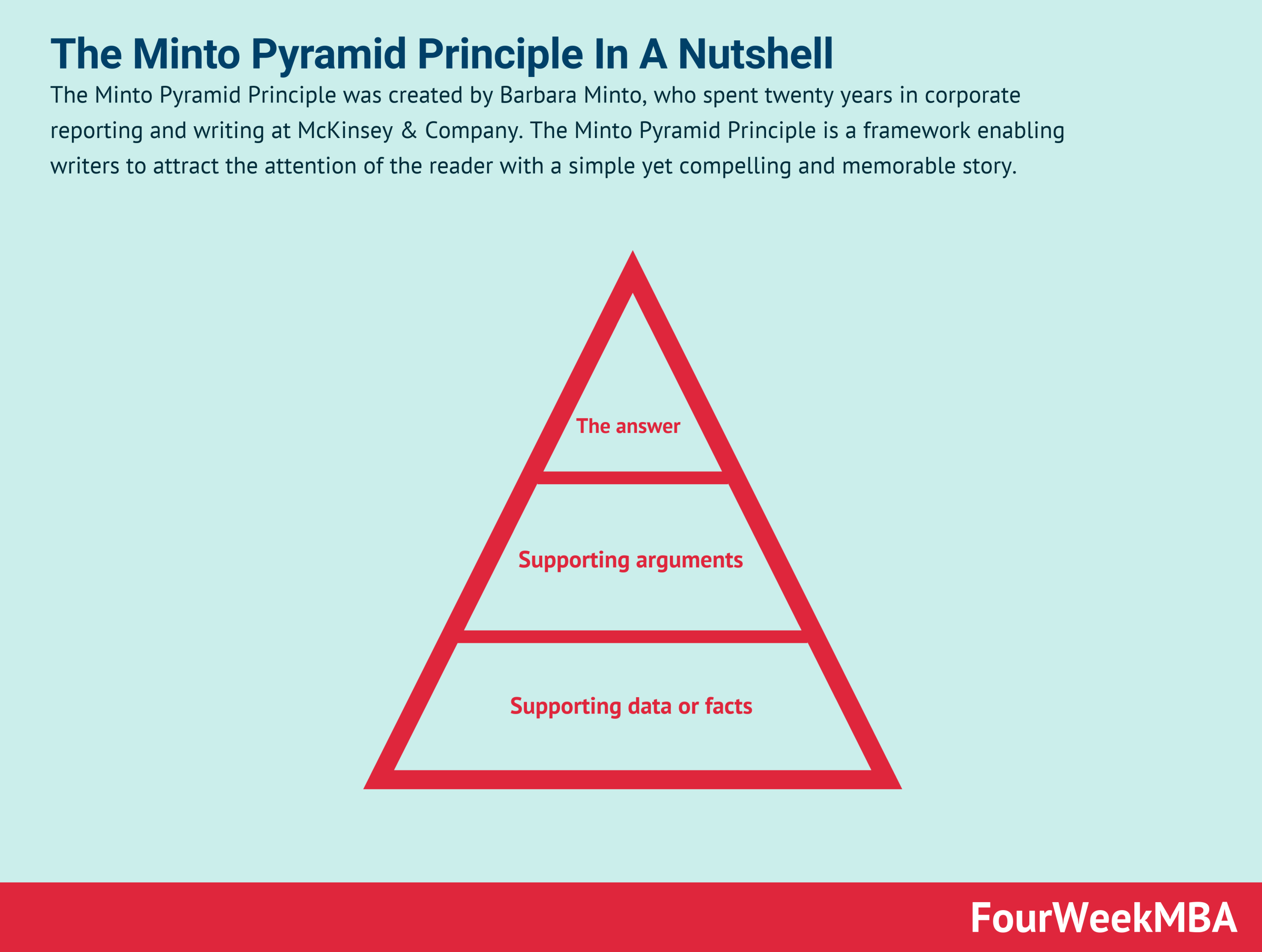 After she left the organization in 1973, Minto began her own consulting business to help business leaders write with conviction. Those lessons combined with her extensive corporate experience were then distilled into the Minto Pyramid Principle.

The principle is based on the premise that an argument is easier to understand – and far more convincing – when it is arranged in a pyramidal hierarchy. At the top of the pyramid sits the most important takeaway message of the piece, which is then followed by layers of evidence that flow in a logical order. Structuring the article in this way allows the reader to absorb a central idea and then be presented with information that supports it.

While the Minto Pyramid Principle is used to attract the attention of time-poor executives, it is arguably more effective as a persuasive communication tool. An entrepreneur may use the pyramid to win over prospective investors, while a leader may use it to communicate with project stakeholders during a proposal.

The three levels of the Minto Pyramid Principle hierarchy

The bottom of the pyramid comprises the data and factual information that support arguments. From there, the writer should move through increasingly abstract levels until they arrive at their core message.

Let’s take a look at each level below, starting at the top.

The answer is simply a clear, concise, and effective core message that has four components:

Supporting arguments should then be sorted, grouped, and summarised in a logical way. To facilitate this process, the Minto Pyramid Principle suggests “ideas in writing should always form a pyramid under a single thought.”

As a general rule, each single thought should be backed by three supporting arguments. Ideas at any level in the pyramid must also be summaries of the ideas grouped below them.

As the name suggests, the bottom of the pyramid houses the evidence, data, and other findings that validate the supporting arguments.

Where applicable, it may also be wise to include customer testimonials on this level.