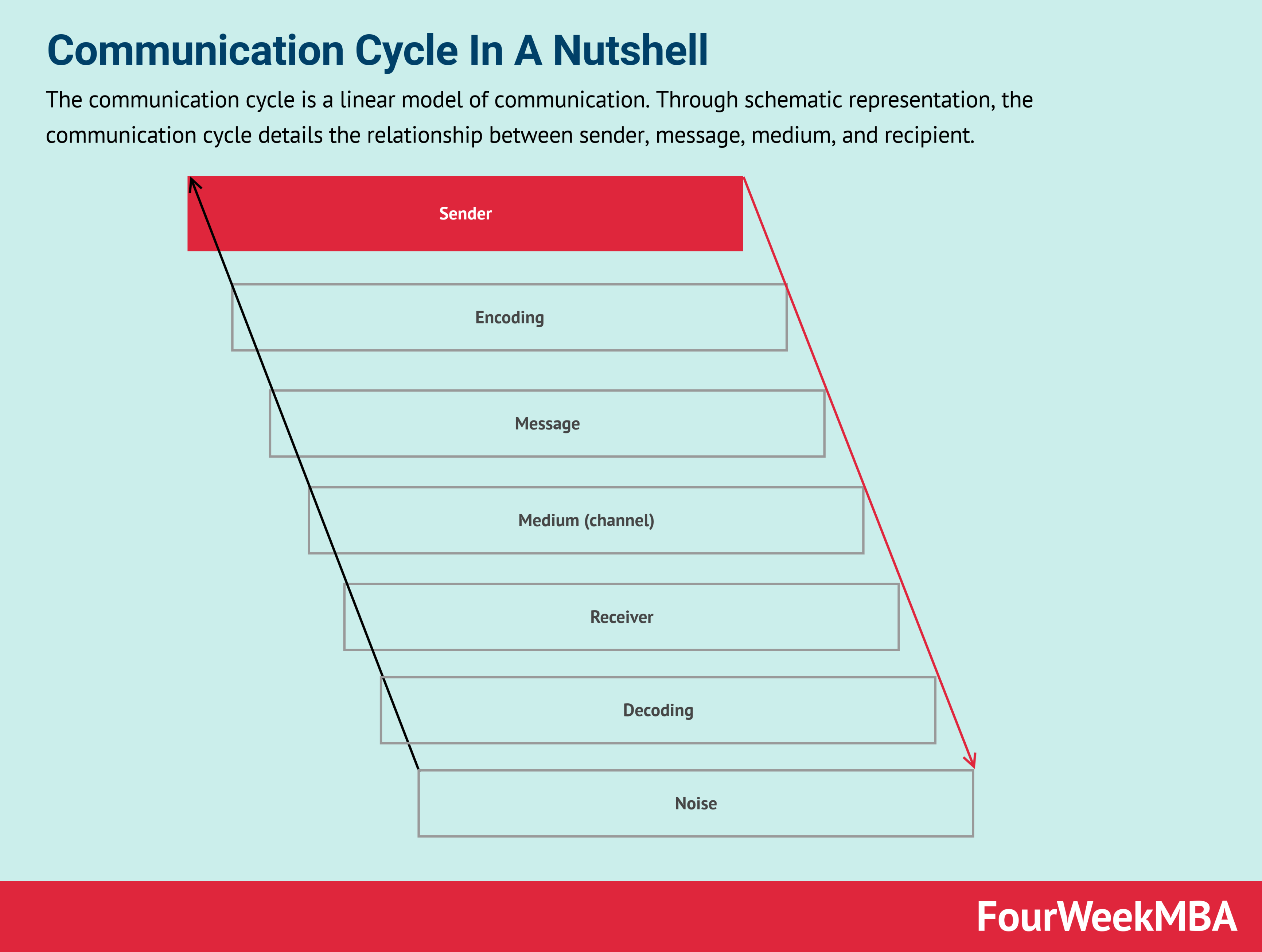 Linear communication models are especially useful in customer-centric business activities such as marketing, sales, public relations, and broadcast advertising. In fact, linear models may be effective in any scenario where message feedback from the recipient is quite separate from the initial communication itself.

These models also help companies determine how their promotional messages may be altered by their encoding process, choice of the transmission medium, and any potential noise interference.

The Shannon-Weaver model, the basis for all subsequent communication models, considers the communication process to be linear and one-way. Developed in 1949 by Claude Shannon and Warren Weaver, it consists of six elements:

Criticisms of linear models of communication

Although straightforward and easy to understand, there are obvious limitations to linear models of communication.

Communication theories proposed by Shannon and Weaver assume communication to be a one-way process where each person takes turns sending and receiving information. Modern scholars, however, tend to agree that communication is a more complicated and dynamic process where both individuals embody the sender and receiver role simultaneously. This is especially true during face-to-face conversations, where body language and gesturing complements spoken language as a means of transmitting messages. Theorist Norbert Weiner later added a seventh element to the Shannon-Weaver model to describe feedback, or the receiver’s interpretation of the transmitted message sent back to the sender. Many scholars saw this addition as an afterthought since the concept of feedback was foreign to Weaver he developed the model.

Furthermore, linear models fail to consider how context or an individual’s personal experiences impact communication. Some people may shout at the television during a sporting match a based on their personality and unique life experiences, while others may react calmly to the same footage. Of course, the television broadcaster transmitting the message is doing so to a large number of receivers and cannot possibly cater to them all.

Laswell’s model of communication, another linear communication model, seeks to address this limitation by deconstructing the elements of mass communication into five distinct components. These components help the receiver decipher the meaning of the message sent and the intention of the individual or company sending it.