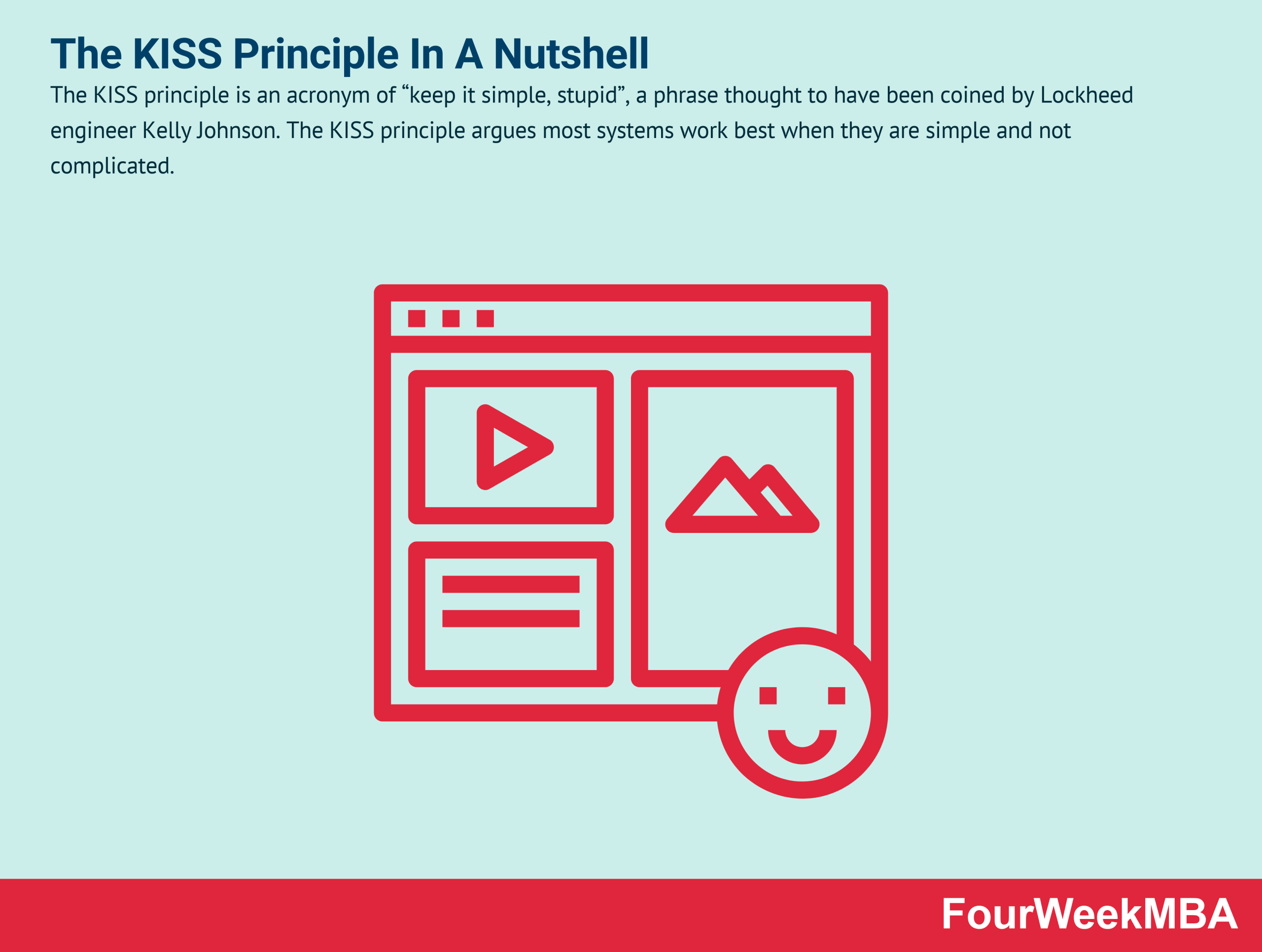 The KISS principle is an acronym of “keep it simple, stupid”, a phrase thought to have been coined by Lockheed engineer Kelly Johnson. The KISS principle argues most systems work best when they are simple and not complicated.

Johnson explained the reasoning behind his phrase with a simple story. While briefing aircraft designers at Lockheed, he told them that whatever they made had to be something a basic mechanic could repair in the field with limited tools. If Lockheed’s designs were not easy to understand, they would quickly become obsolete in the combat conditions for which they were made.

Today, many practitioners of the idea believe it may have been the first usability principle in product design. For a product to gain maximum market share, the vast majority of the target audience must know how to use it. What’s more, simple products tend to work better because they have fewer moving parts, so to speak. These concepts are as true for software engineering and mobile applications as they are for Lockheed fighter planes.

The KISS principle and consumers

When a consumer is weighing up a purchasing decision, they do not care how long the product was in development or how intelligently it was manufactured. Instead, their primary concern is whether they can use the product to satisfy certain outcomes.

Products with simple explanations also tend to sell better than those with more complex explanations. For product teams, simplicity is found by working backward from what the customer needs and omitting any feature that does not serve this purpose. Superfluous product design may be related to convoluted or excessive features, policies, procedures, steps, or systems.

The same argument can also be made for eCommerce companies. Website navigation should be as simple as possible and every barrier to the customer making a purchase should be removed.

Lastly, the KISS principle is crucial in software design, where function and instruction creep can make programs unmanageable over time. It is also important in designing a minimum viable product and doing the least amount of work necessary to prove or disprove a hypothesis.

Many of these points may seem counterintuitive to some organizations – but they are well worth keeping in mind.

Variants of the KISS principle

Although the modern KISS principle was developed around 50 years ago, similar ideas were common centuries earlier.