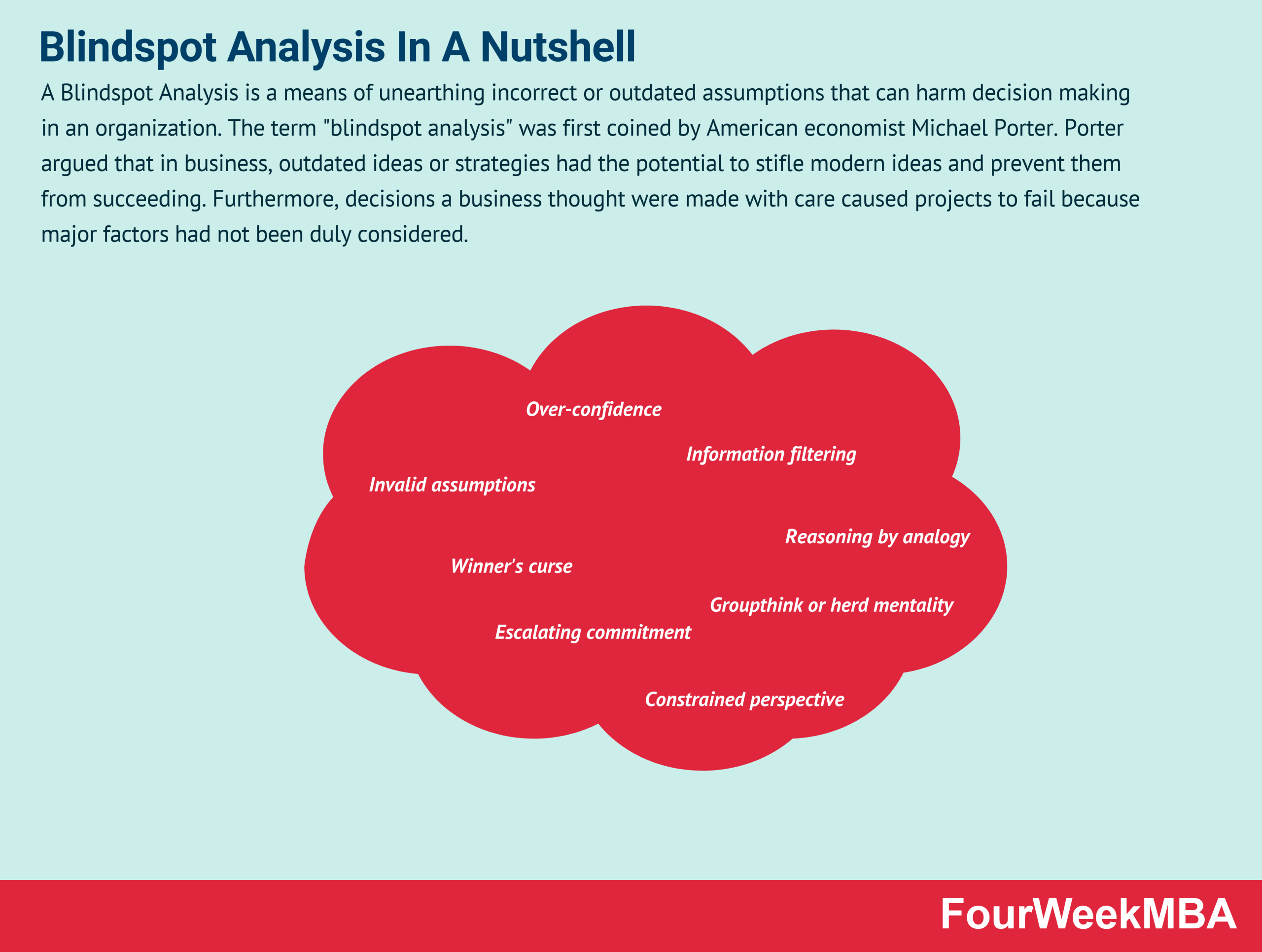 A Blindspot Analysis is a means of unearthing incorrect or outdated assumptions that can harm decision making in an organization. The term “blindspot analysis” was first coined by American economist Michael Porter. Porter argued that in business, outdated ideas or strategies had the potential to stifle modern ideas and prevent them from succeeding. Furthermore, decisions a business thought were made with care caused projects to fail because major factors had not been duly considered.

The Blindspot Analysis starts with a question: how can a business identify these factors if they are, by all accounts, hidden?

The blindspot analysis is a systematic decision making evaluation process. While most decision-making frameworks favor rational and objective action, a blindspot analysis uncovers process flaws caused by bias or misinterpretation.

How do blind spots occur in business?

Blind spots can only manifest in business in one of three ways, with management playing a key role in each:

Many businesses choose to simply run through the list of eight primary causes before making decisions.

For those who want a more methodical approach, however, psychologist and philosopher Benjamin Gilad developed a simple three step method.

Look at a previous strategic decision from the organizational perspective. What was the context of the decision? How was the solution argued? Which factors played a primary role?

Businesses can use Porter’s Industry Structure (5 Force Analysis) to identify change drivers that have a structural effect on the five competitive forces. Is the company in question overlooking one or more important aspects?

Look at an organization from the outside by researching publicly available information (preferably in a similar market or industry).

This so-called competitive intelligence can be found in interviews, speeches, public appearances, shareholder communications, and industry meetings. What inferences or assumptions do executives from these organizations make?

In the final step, compare results. A potential blindspot occurs when the analysis of Step 1 is contradicted by the results of Step 2.