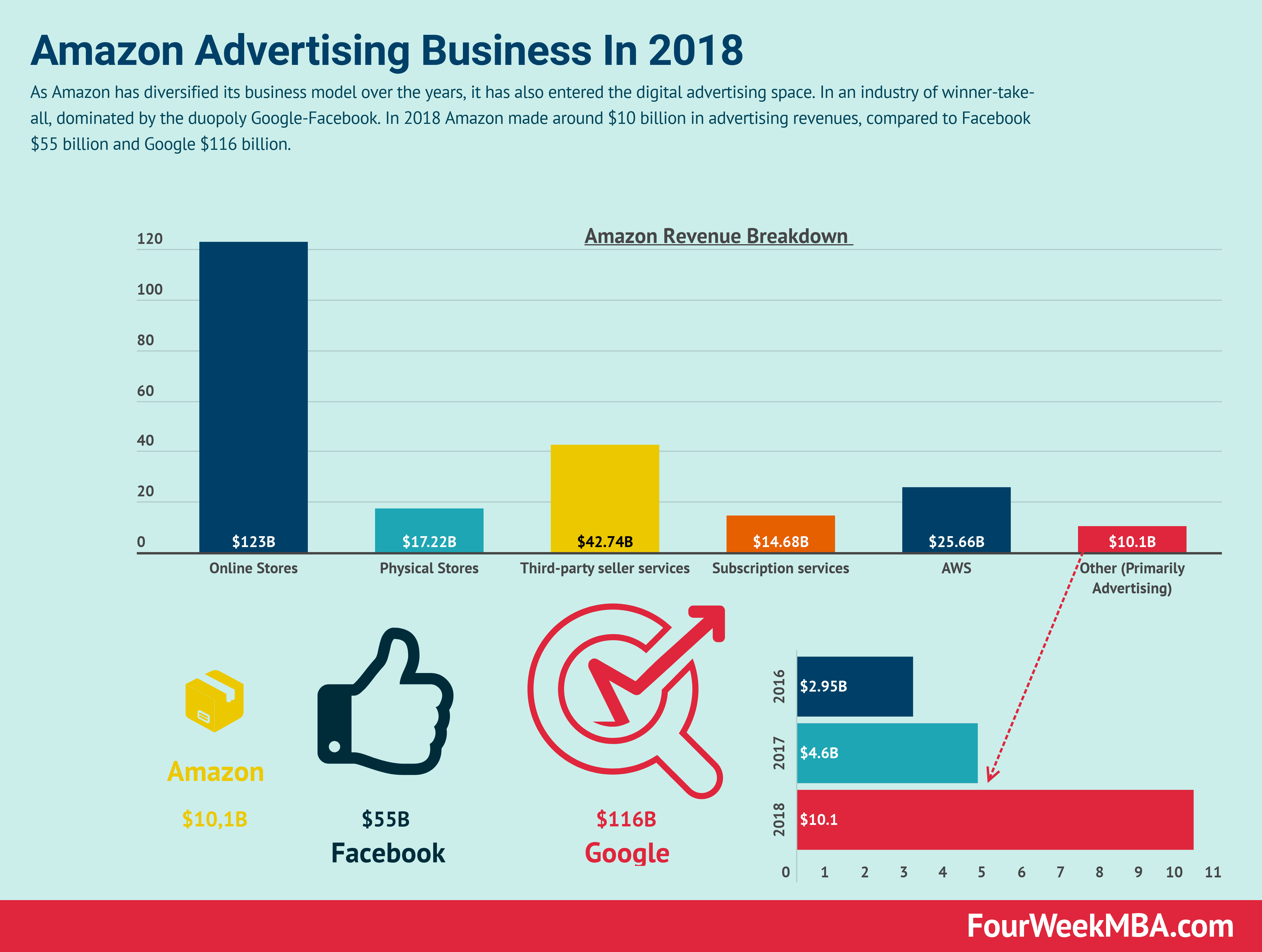 In 2018 Amazon made around $10 billion in advertising revenues, compared to Facebook $55 billion and Google $116 billion.

Compared to Facebook $55 billion and Google $116 billion for the same period, Amazon runs a diversified business model, with several revenue streams, it also gives the company more space to experiment with advertising.

In a digital advertising market dominated by Google and Facebook, there might be a third entrant. Conquering that place would a hard if a not impossible enterprise, for any company, except one: Amazon.

In a scenario, of the winner-take-all effect, the duopoly Google-Facebook control the market.

Just to give you a bit of context, you can appreciate from the infographics below how the digital advertising business looks like between the two tech giants.

How does Amazon stand in comparison?

I dived into Amazon financials and looked at an item called “Other revenues” which primarily comprises revenues from Amazon advertising business. And this is what I figured.

If we change perspective and look at the first nine months of 2017, compared to 2018:

Amazon vs. Google vs. Facebook: the advertising business compared

However, if we look at Amazon overall business model you realize that (as of now) advertising is a small chunk of its revenue:

It is also interesting to notice how Amazon is diversifying its revenues toward the physical store and how other parts of the business, like subscriptions and AWS, have a different logic compared to the core business.

Where online stores have a very low-profit margin yet operate with the logic of the cash machine.

Instead, Amazon Prime operates with the logic of a subscription business model. And AWS has still a different logic compared to other units of the business, yet it runs at high margins compared to the online stores.

Amazon would be what can be defined as a multimodal business model. Compared to Google which, as of 2017 still relies mostly on advertising:

Amazon has more space to maneuver and experiment with new revenue sources.

Will Amazon become the next giant to dominate the digital advertising space?