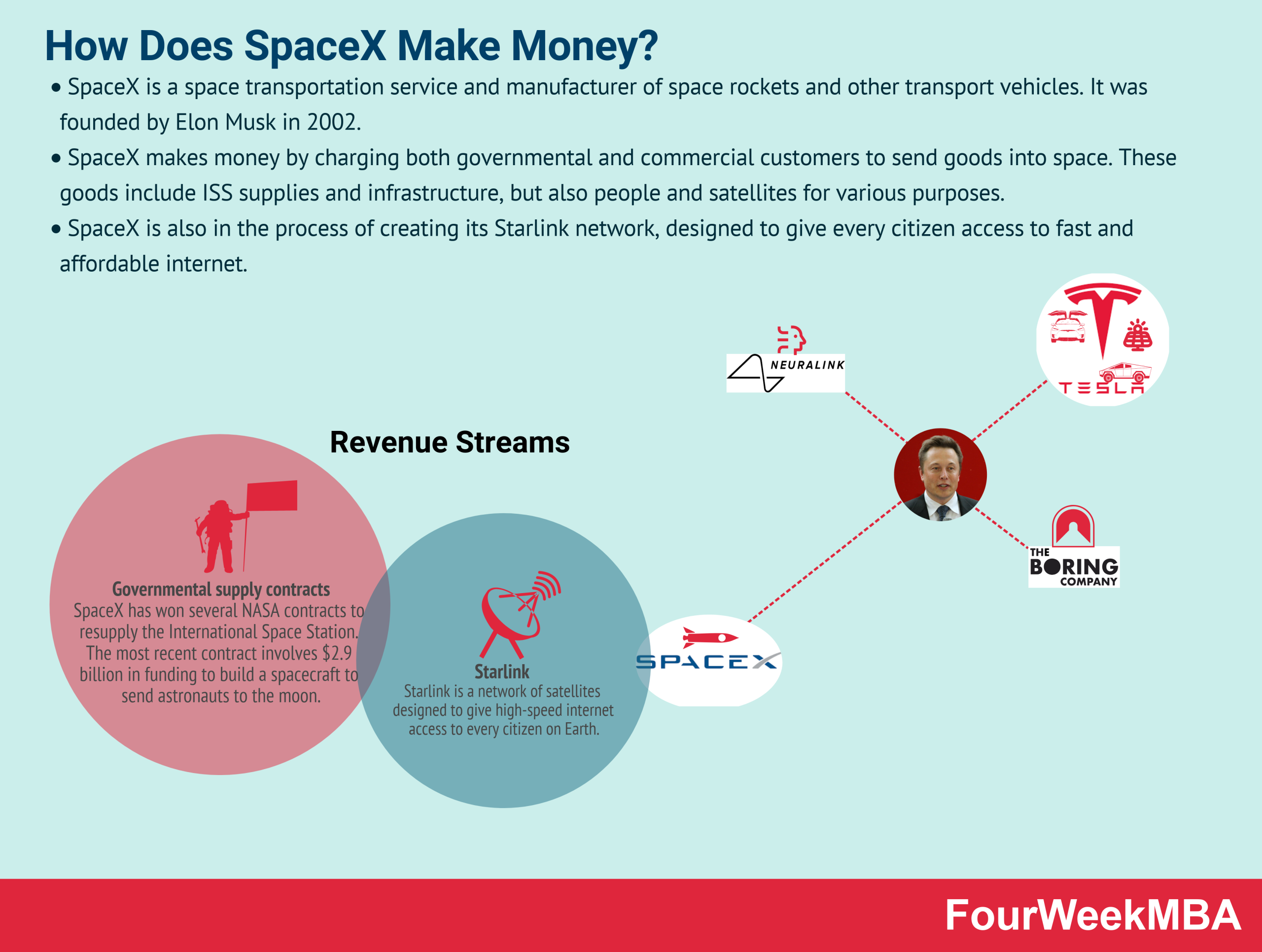 SpaceX was created to reinvigorate public interest in space exploration which Musk hoped would channel more funds to NASA.

In the early years, he made a failed trip to Russia after attempting to buy cheap rockets. During the flight home, Musk decided he could start a company and build the rockets himself. But this would only be achievable by using cheaper, off-the-shelf componentry incorporating the modular nature of software engineering.

Rocket engineer Tom Mueller joined SpaceX soon after the company was founded. By 2005, it had already amassed 150 employees. SpaceX now has an impressive list of achievements, becoming the first privately-owned company to launch, orbit, and then recover a spacecraft. It was also the first such company to send a spacecraft to the International Space Station (ISS) and re-use an orbital rocket.

SpaceX is now valued at $74 billion and continues to attract strong attention from investors for its visionary products.

SpaceX is essentially a delivery service. If an organization wants to send goods to the ISS or launch a satellite into orbit, the company uses its fleet of vehicles including the Dragon, Falcon Heavy, and Falcon 9.

As successful as SpaceX has been, it should be noted that it competes with several other companies for space delivery services. These include Boeing, Lockheed-Martin, and Northrop-Grumman.

With all of that said, let’s take a look at some specific SpaceX revenue streams.

SpaceX has won several NASA contracts to resupply the International Space Station. The most recent contract involves $2.9 billion in funding to build a spacecraft to send astronauts to the moon.

The company has also worked with the National Oceanic and Atmospheric Administration (NOAA), launching a satellite in 2012 to monitor global sea levels and oceanic circulation. The cost of this launch was approximately $82 million.

Similar contracts for the Air Force saw the launch of a GPS satellite in 2015 and in 2020, SpaceX won a contract to provide 40% of all U.S. military launch requirements.

In more recent years, SpaceX has made more money from commercial service deliveries. Each delivery using the Falcon 9 rocket is advertised at $62 million.

Starlink is a network of satellites designed to give high-speed internet access to every citizen on Earth.

Although the project is in its infancy, SpaceX has already secured government contracts to bring high-speed internet to rural U.S customers. Finance services firm Morgan Stanley estimate that the service will be offered for $50/month, giving SpaceX $24 billion in annual free cash flow by 2040.