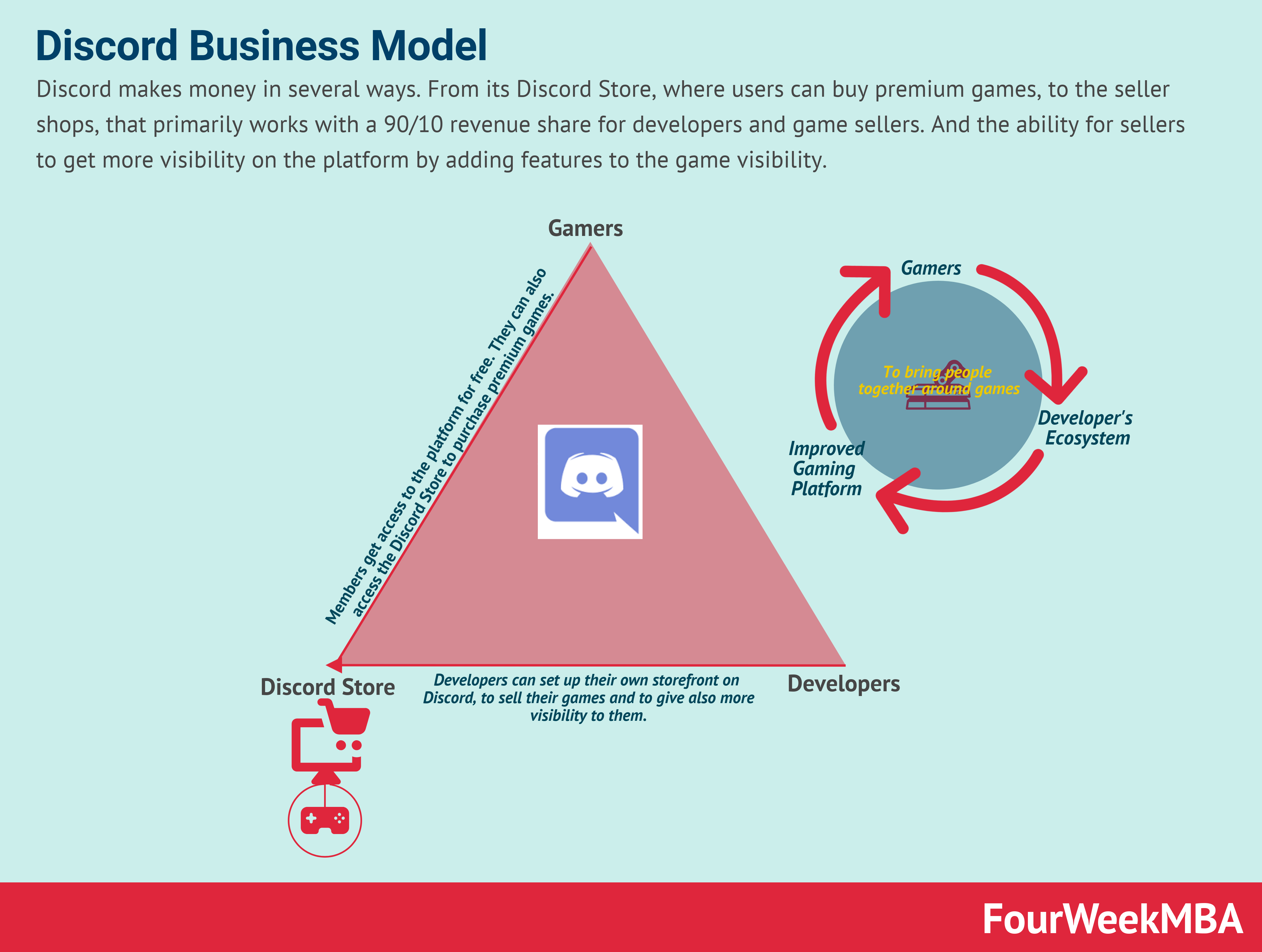 Discord makes money in several ways. From its Discord Store, where users can buy premium games, to the seller shops, that primarily works with a 90/10 revenue share for developers and game sellers. And the ability for sellers to get more visibility on the platform by adding features to the game visibility.

One of the first encounters of Jason Citron, with anything close to a gaming console, as he recounted, was the NES (Nintendo Entertainment System) as he played Super Mario Bros. thinking it was the most amazing thing he had ever seen.

A self-taught coder by age 13, he learned to code by developing small games. As he grew he kept playing any sort of video game, from Final Fantasy VI  to Earthbound. He spent hours and hours playing video games.

Inspired by his grandfather which ran one of the earliest electrician consultancies in the 1900s, and his father entrepreneurial roots, Jason started to fix computers to earn some money at the age of 13-14, when he would drop by the homes of elder people to explain to them how computers worked, from basic games to chat functionalities.

Until, at 16 he figured he could get paid to write code for their websites, and that became a real side hustle, which Jason brought on for a few years as a solo-business. Yet the transition from solo-business to entrepreneur wasn’t automatic.

The first company as an entrepreneur

Indeed, Jason Citron spent a few years as a game developer, working for other companies. From 2005-2007 he worked as a game programmer for several companies, until in 2007, he turned entrepreneur, by joining and founding YouWeb Inc., an incubator where he had the chance to focus full time on developing games to build a business out of that.

As he worked on developing a new game for YouWeb, that turned into a game called OpenFeint, a combination of role-playing-game and puzzles.

As Jason Citron would later recall, “This all happened in 2007/2008 when the mobile gaming landscape was totally different from how it is now.” In short, suddenly, the iPhone had transformed the gaming experience. Going from dumbphones to smartphones, the iPhone turned those mobile devices into a gaming console.

From game to platform

OpenFeint would transition from a game to a social gaming network. In the meantime, as it launched games like Aurora Feint and Tower Puzzles, the company had over a million players, but none was paying.

Then one day, brainstorming what to do with the technology built around OpenFeint, Jason Citron, and his co-founder, realized how on mobile devices it was still missing a similar mechanism to Xbox Live, which enabled players to interact and play together.

As they realized that they had built this technology as they built the first games, they transitioned OpenFeint into a social gaming platform, which would eventually take off, so much, that it had by 2008, 75 million registered users. As the OpenFeint software development kit was free, the company made money via revenue sharing, mobile storefronts, and game features.

That is how OpenFeint transitioned from games to becoming a social gaming platform, that later on would become successful in China and be acquired, in 2011 by a Japanese gaming company for $104 million in cash plus additional growth capital allocated to further grow OpenFeint.

A cross-platform strategy to thrive, nonetheless Apple as the main competitor

OpenFeint at a certain point thrived, also when Apple launched its own Game Center, as a direct competitor. Yet, OpenFeint used a strategy of working to help developers integrate within Game Center and other mobile gaming platforms (a cross-platform strategy).

Starting over: the failure that brought to Discord

With the money from the OpenFeint acquisition, Jason Citron built a game development studio, Hammer & Chisel, which would launch other Fates Forever, which Citron defined as “one of the first serious MOBAs on the iPad before Vainglory.”

And yet, it never became commercially successful. By 2015, however, thanks to the learnings in developing Fates Forever, Citron and his team had realized that “voice and text chat on mobile hasn’t really advanced over the past decade” and that there wasn’t a “reliable and secure way for teammates to communicate when playing team games.

From there, Discord was built, the rest is history.

“To bring people together around games“ this is how Discord announces its mission, and it further articulates: “Discord’s free voice and text chat is about making it easier for you to spend time with the people you care about, create these memories, and land a headshot or two.”

How does Discord make money?

Back in 2015, when Discord was launched, asked how it was going to make money, Jason Citron replied:

Our plan is to keep the functionality — the core usability — free. So everything you’re using right now will stay free. Voice, text, mobile, all stay free. Almost all the new features will be free. Deep integrations and overlays and slash commands and bots — all free.

Our plan is to sell optional cosmetic things. One example is what Stan just mentioned: TTS features like selling voice packs. Something like the Unreal Tournament announcer packs. Selling themes, sticker packs, fancy elaborate emoji, sound packs, different sound effects, etc, are still up in the air but it’s what we’re planning to do.

Backed by several investors, Discord raised over $200 million from venture capital firms, that go from Benchmark to Tencent which helped the platform experiment with several revenue streams.

By October 2018, Discord launched its store in Beta, giving the possibility to 50,000 users in Canada to purchase premium games:

As of today, sellers can also set up their own store and start selling through Discord:

Some of the features of the seller shop comprise:

Rich presence: advertising for sellers on the platform

Another monetization mode is that of giving visibility on the platform to game developers through:

How Does Honey Make Money? Honey Business Model In A Nutshell

Honey earns affiliate commissions from stores when users find savings, as the purchase is confirmed. Honey also makes money with...