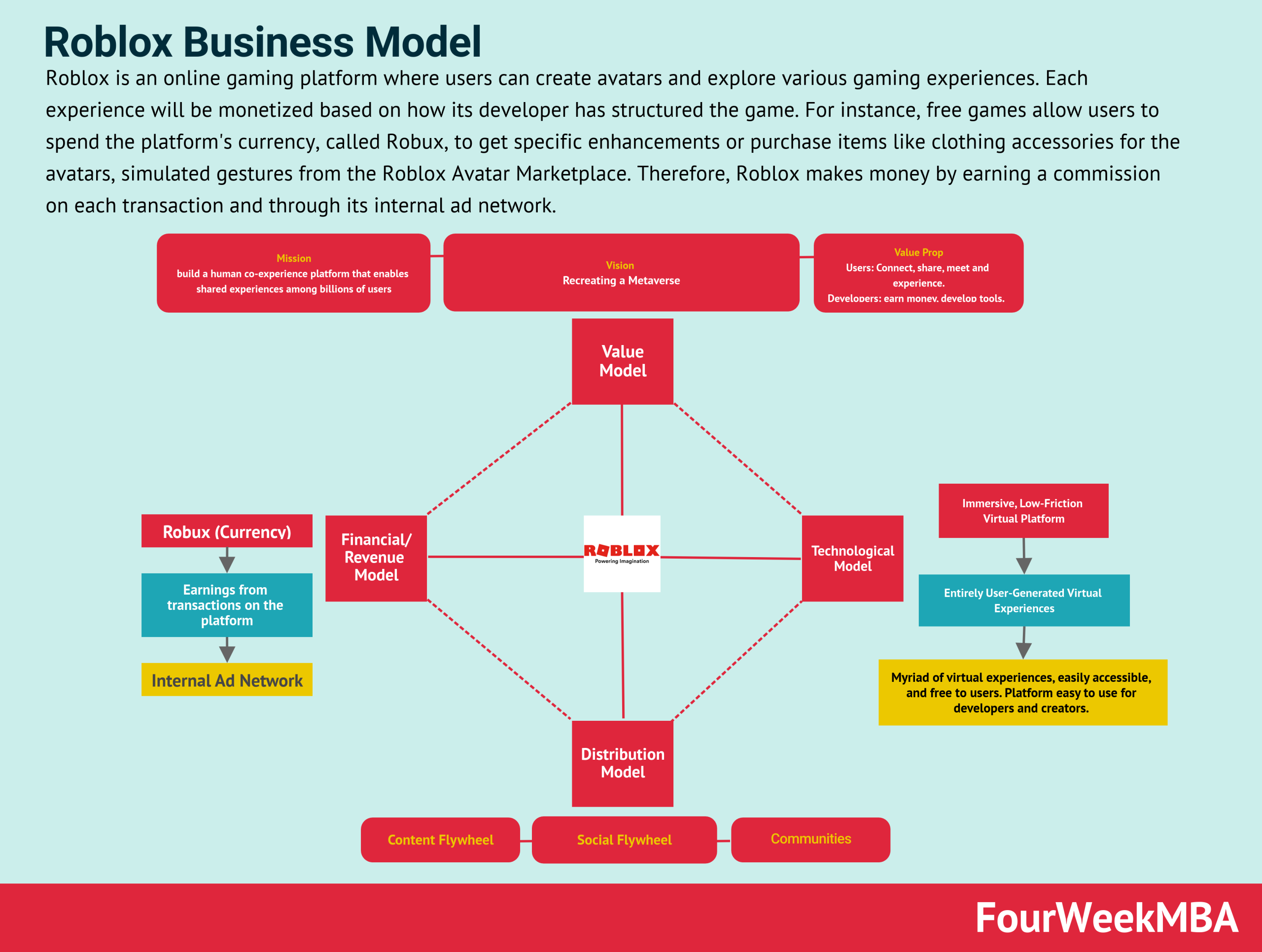 Roblox is an online gaming platform that generates revenues through its virtual currency, the Robux used to create avatars and explore various gaming experiences. Each experience will be monetized based on how developers have structured the game, thus making them purchase upgrades and more.

In 1989 David Baszucki and Erik Cassel programmed a 2D simulated physics lab called Interactive Physics. This experience would be the foundation of what would later become Roblox.

Roblox has over the years championed a new virtual reality category; they called “human co-experience,” a form of social interaction that combines gaming, entertainment, social media, and even toys.

This category also called metaverse is a virtual universe made of 3D virtual spaces.

This metaverse might have just become viable from an infrastructure standpoint as cloud computing, coupled with a high bandwidth internet and powerful portable devices, make it possible to build, access, and experience those virtual worlds.

Roblox value model is built around a virtual world made primarily of 3D experiences, entirely user-generated. Therefore, on the one hand, Roblox has to inspire users to join and continuously access those virtual realities.

On the other hand, Roblox also has to attract independent developers and creatives to keep building, publishing. And running their virtual experiences.

So that users will be prompted to use the Roblox currency, the Robux, developers will build viable businesses on top of those virtual realities, and Roblox as a virtual ecosystem earns a small percentage on each transaction.

Mission and vision and core values

Roblox’s mission is to “build a human co-experience platform that enables shared experiences among billions of users.”

Roblox long-term vision is to recreate a “metaverse platform supporting a broader range of positive educational and social experiences.”

As such Roblox focuses its efforts in a few directions such as:

Therefore one crucial aspect as the platform scales is to, on the one hand, keep developers motivated and, on the other hand, making sure that the quality of those virtual experiences remains high.

Thus, Roblox five core values are structured around these needs and they are:

As a two-sided platform, with its entirely user-generated content there are two core players:

Users can create their avatars to explore the different virtual worlds through Roblox and engage with other users. Therefore, in terms of value propositions, the more users will have a variety of virtual experiences, an engaged community, and several ways to personalize their own virtual reality the more those will become interesting for more users.

Value proposition to Developers and Creators

Since the virtual content on the platform is entirely user-generated, developers and creators are the platform’s most valuable users. In fact, they help the platform development in several ways:

These elements are the foundation of the success of the platform in the past and for future growth.

So how does Roblox incentivizes developers to create experience and creators to design avatars? Roblox focuses on developers’ and creators’ two core metrics: earnings and user engagement within the virtual experiences.

In short, as long as developers and creators will be able to earn from their work, and they will have an engaged community supporting them, the more the platform will develop.

In that respect, Roblox monetization is built on top of two marketplaces, one for users (to buy enhancements within experiences and avatars) and for developers (to buy tools and models developed by others).