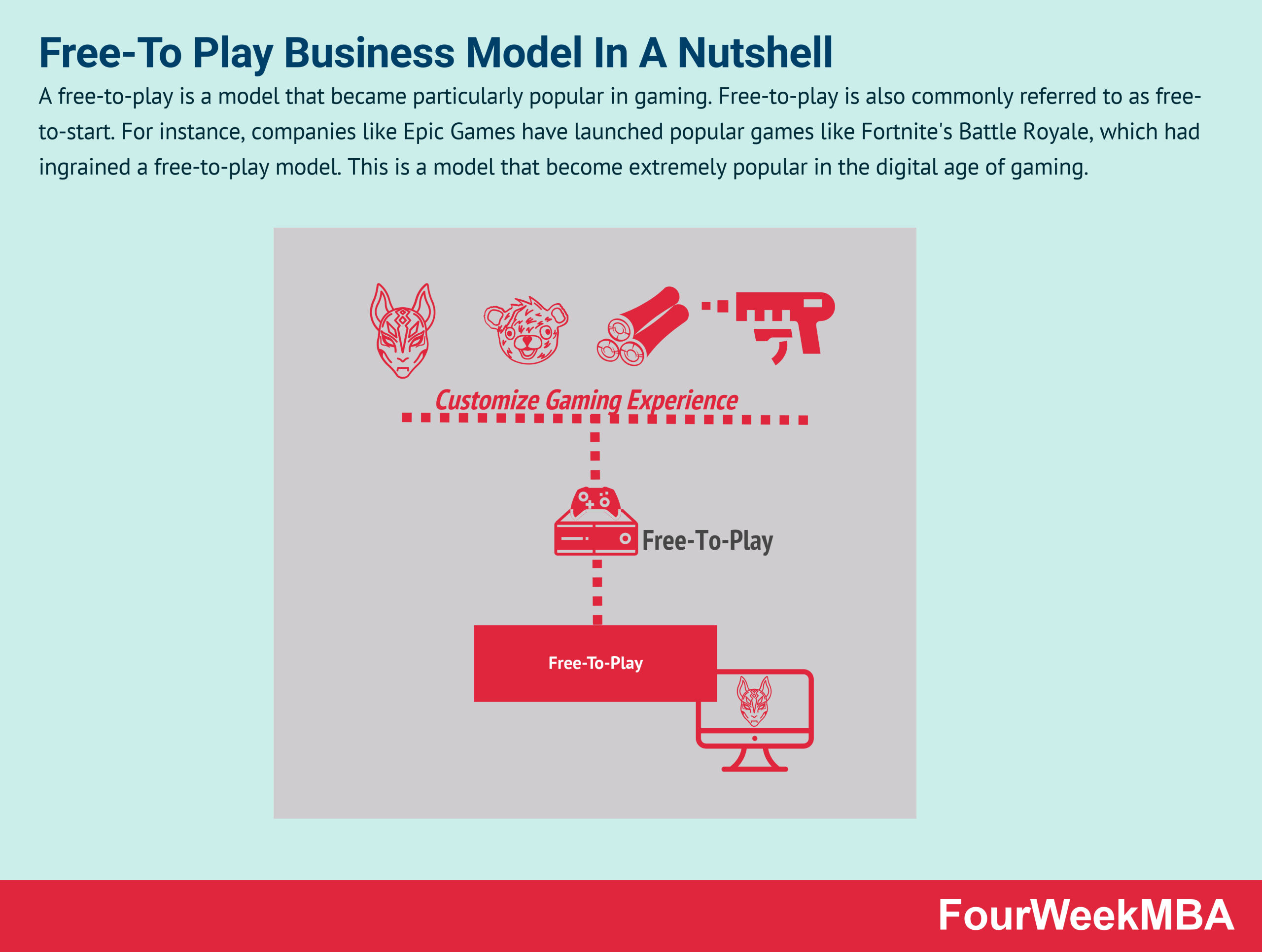 When did this all start?

The free-to-play model isn’t new, and it came from another model, made popular in gaming, throughout the 1980s: shareware.

The shareware model was officially born (at least its official name) in 1982, when Andrew Fluegelman created a communications program called PC-TALK. Fluegelman released the software by asking users to pay for it, only if they thought it was worth it.

For the nascent software industry, that way of doing business seemed a shared idea. Indeed, at the same time, in Washington State, another programmer, named Jim Button, created EASY-FILE. Button, similarly to Fluegelman released the software for free. And he asked users to either share the program or give a donation if they liked it.

By 1982, Fluegelman and Button met each other (through another user who noticed how they used a similar marketing and distribution model) and they agreed upon a set of joined actions to standardize their business models (like referencing each other’s program and by setting a voluntary donation at $25).

Though, they slightly changed the name for each model. Fluegelman called its model “Freeware,” Button, instead called it “user supported software.”

The concept of shareware still at the embryonic stage, would become a standard in a few years. As other programmers and entrepreneurs started to adopt this model, it consolidated. Perhaps, Bob Wallace, a former Microsoft employee, founded QuickSoft, and it offered it with a similar model.

In an in-depth article of IntoWorld in the 1980s, entitled “Software For A Donation” the protagonists of the shareware (then popularized as freeware) model were proposed as alternatives to large players, who were not interested in that sort of model.

While those companies never turned into multi-billion-dollar companies, they did show an alternative model for gaming. It would still take a few decades for this model to fully become viable.

Some major games like Fortnite, and companies like Epic Games have used it as their core model.

Therefore, Epic Games came up with the V-Bucks digital currency, which could be used only on Fortnite to enable several level of aesthetic customization to characters (or to buy ancillary things within the game). Given the massive adoption of Fortnite, this strategy has proved quite lucrative. The free-to-play model, executed in this way can be extremely powerful to gain traction, quickly.

However, to make enough money to sustain the operations, and be also profitable, it will require to be distributed to a large number of people, to become a hit. When it does, chances that gamers will want to customize their characters will improve dramatically, thus enhancing monetization. That’s become the game itself becomes a cultural hit.