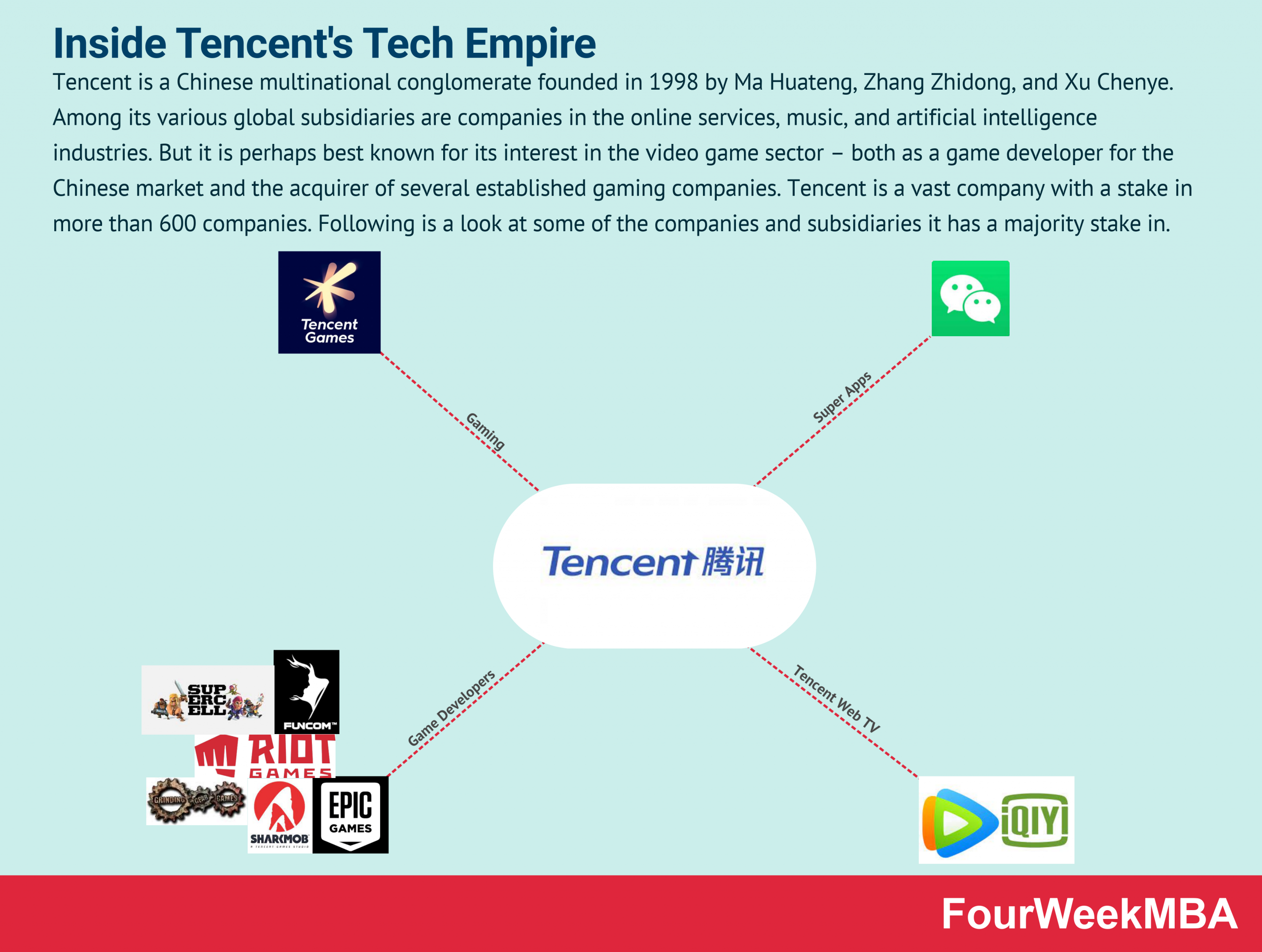 Tencent is a Chinese multinational conglomerate founded in 1998 by Ma Huateng, Zhang Zhidong, and Xu Chenye. Among its various global subsidiaries are companies in the online services, music, and artificial intelligence industries. But it is perhaps best known for its interest in the video game sector – both as a game developer for the Chinese market and the acquirer of several established gaming companies. Tencent is a vast company with a stake in more than 600 companies. Following is a look at some of the companies and subsidiaries it has a majority stake in.

The Tencent division operates game development studios in China and the United States. It produces mostly mobile and browser-friendly games for the Chinese marketplace.

Tencent launched its own gaming platform called WeGame in 2017, allowing gamers to host global games and get access to purchases, downloads, live streaming, and community services.

Tencent has also acquired several game developers over the years. In 2015, it gained total ownership over Riot Games – developer of League of Legends.

Epic Games – the creator of Fortnite – is also 40% owned by Tencent.

WeChat is a multi-purpose messaging, mobile payment, and social media app developed by the company in 2011. Seven years after its release, it became the largest standalone app in the world by total users.

The primary function of Tencent Music Entertainment (TME) is the creation of music streaming services specifically for the Chinese market.

Tencent Video is a Chinese video streaming website. The website is complemented by WeTV, the international version of Tencent Video.

In terms of the content itself, Tencent has a strategic focus on original content in the form of micro movies and homemade dramas. It also offers short-film contests and support plans.

Tencent Pictures is the film production and distribution arm of Tencent. Through subsidiary Tencent Penguin Pictures, the company has a focus on online content and feature film investment.

Tencent Pictures has been involved in several notable films, including Men In Black: International and the upcoming Top Gun sequel.

How Does WeChat Make Money? The WeChat Business Model In A Nutshell

WeChat is a "super app" or an app that can do many things, from messaging to mobile payments and social...