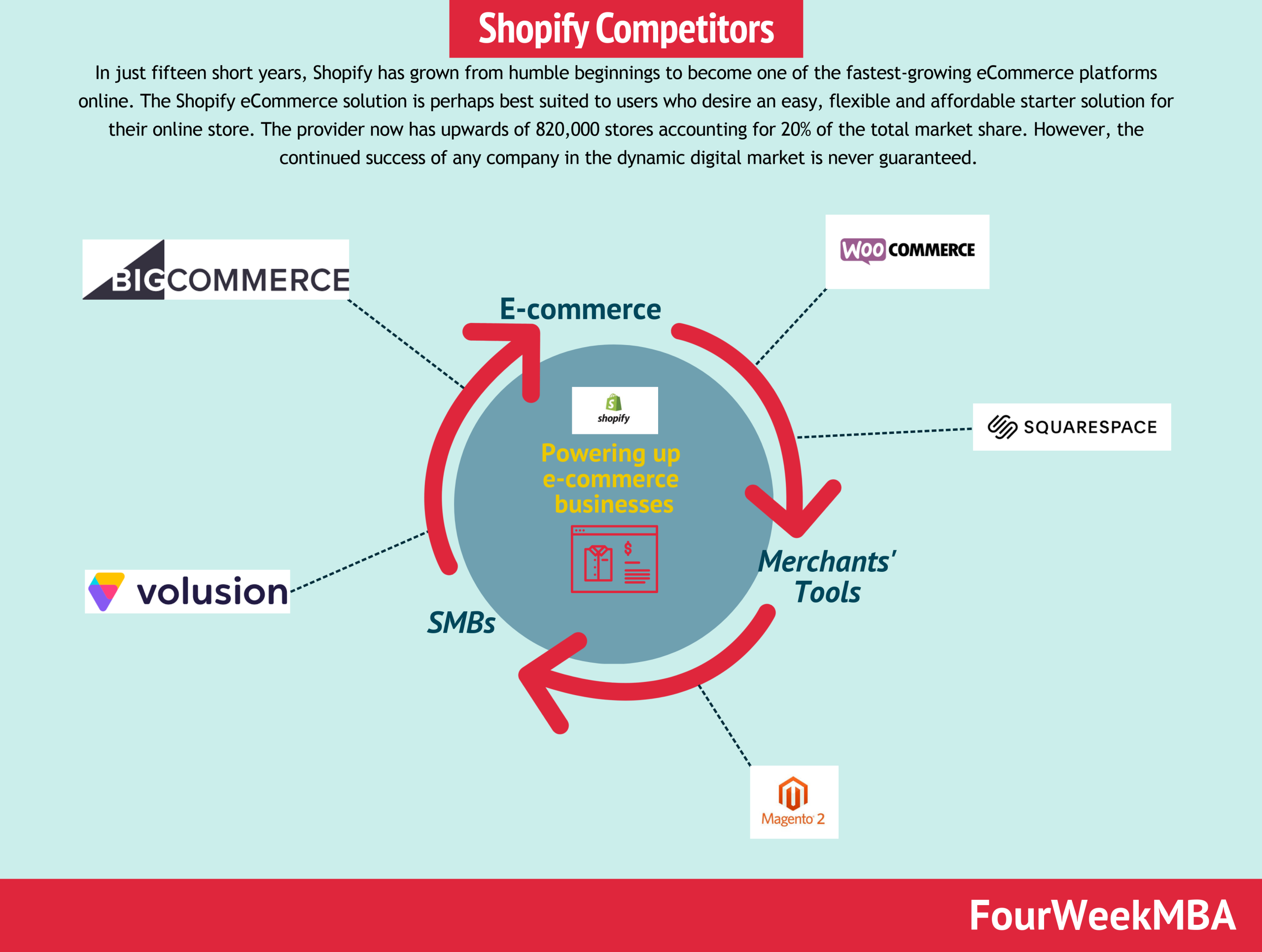 In just fifteen short years, Shopify has grown from humble beginnings to become one of the fastest-growing eCommerce platforms online. The Shopify eCommerce solution is perhaps best suited to users who desire an easy, flexible and affordable starter solution for their online store. The provider now has upwards of 820,000 stores accounting for 20% of the total market share. However, the continued success of any company in the dynamic digital market is never guaranteed.

There is only one platform that is more popular than Shopify, and that is WooCommerce.

The platform is a best-seller primarily because it is based on the similarly popular WordPress content management system. Users who run WordPress can easily install the WooCommerce plugin for free. Happily, there are no transaction fees either.

A key difference between Shopify and WooCommerce is that the latter requires the user to be responsible for site hosting, PCI compliance, and security. This makes it more suited to those who are prepared to hire developers to build or maintain their store.

Squarespace is quite similar to Shopify in the sense that both offer a hosted solution that is accessible to all – regardless of technical skill level.

Indeed, the Squarespace interface is sleek and minimalist and features drag-and-drop sections to get the look that users desire.

Originally, Squarespace entered the market as a website builder for creatives and other small business owners. Many of these individuals have stuck with the company while it has added increased functionality to its content management system.

The company also employs an aggressive marketing strategy, partnering with influencers and Squarespace advocates to offer promotional discounts on its plans.

Founded in 1999, Volusion has enjoyed a long and successful presence in eCommerce as a leading solution for small and medium businesses.

Volusion cannot compete with Shopify for the number of installations, nor does it have as large a community. However, it is a robust hosted solution backed by regular maintenance and a widely-lauded customer support team. The company also guarantees that the check-out system is secure and safe.

The Volusion platform can also compete with Shopify on customization, offering a range of eye-catching themes to attract and convert customers.

At the larger end of the market, BigCommerce is a significant Shopify competitor. It is a complete solution that is more feature-rich than the Shopify offering – especially where B2B eCommerce is concerned.

BigCommerce helps users build their store and get their products listed on popular networks such as Amazon, eBay, and Facebook. The company has also released a WordPress plugin, allowing merchants to sell their products with a focus on content. Importantly, this gives BigCommerce access to the highly popular WordPress CMS.

While it has not yet attained the popularity of Shopify or Shopify Plus, BigCommerce has grown rapidly in recent years and has attracted a significant amount of funding.

Magento was the popular choice in eCommerce platforms before Shopify and BigCommerce even existed.

It is a cloud-based, open-source platform with an impressive list of capabilities. Magento is fully integrated with Adobe Experience Cloud, enabling simpler content creation and analytics management.

A key strength of Magento 2 is that it is underpinned by a loyal and devoted following of developers. This makes it ideal for businesses who have unique or unusual content-driven commerce needs.