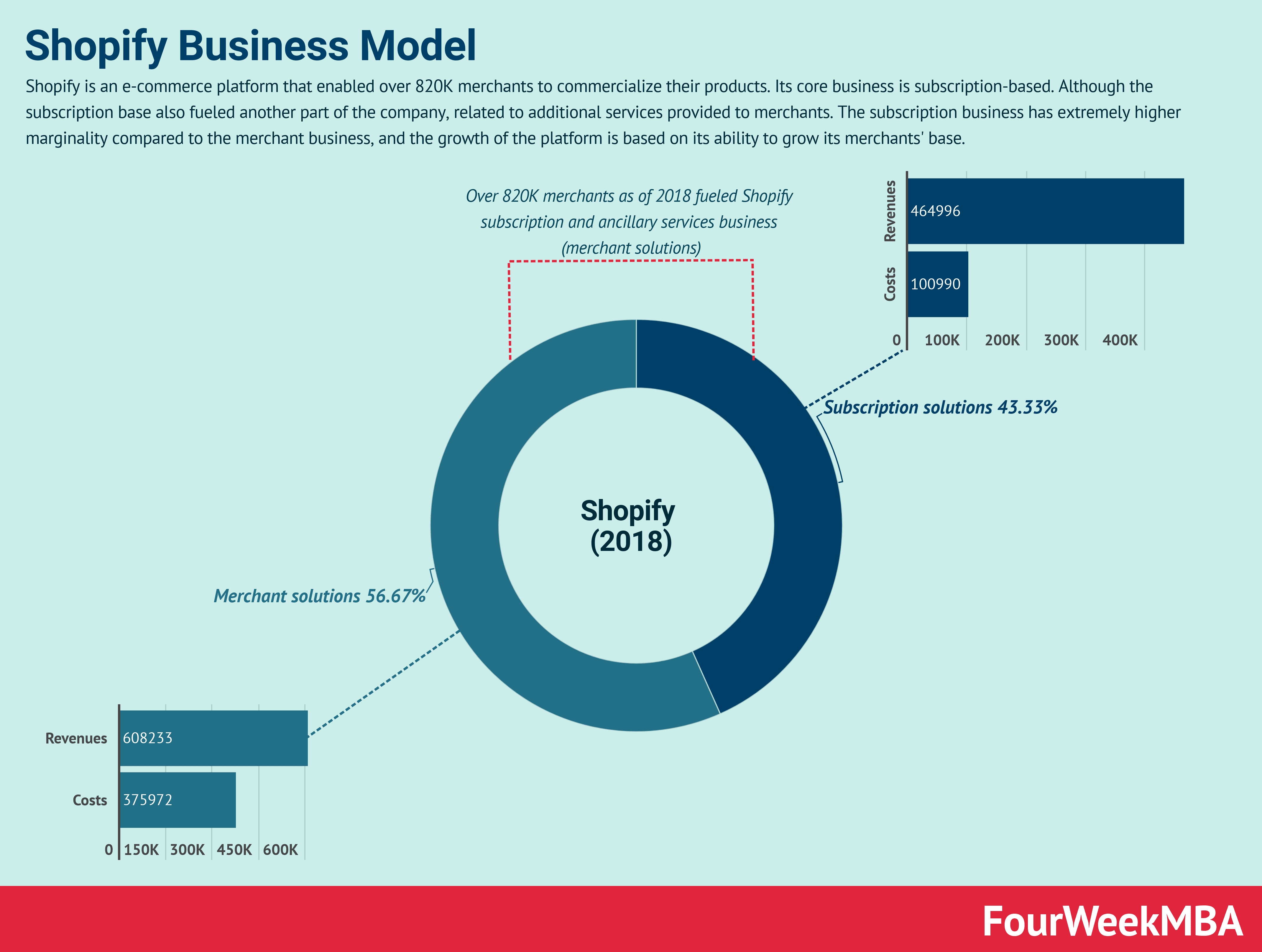 Shopify is an e-commerce platform enabling merchants to commercialize their products via a monthly subscription fee, and additional services provided by the platform. Its core business is subscription-based, even though in 2018, the company made over 50% of its revenues from another stream called merchant solutions.

Our mission is to make commerce better for everyone, and we believe we can help merchants of nearly all sizes, from aspirational entrepreneurs to large enterprises, and all retail verticals realize their potential at all stages of their business life cycle.

That is how Shopify emphasizes the core mission within its financial statements.

Shopify focuses primarily on small and medium-sized businesses, by offering several levels of subscription plans. The most popular is the plan that costs less than $50 per month.

However, as we’ll see the enterprise accounts are those driving the gross merchandise sales on the platform.

Three primary plans are at the core of Shopify subscription-based offering running with a 14-days free trial.

Most merchants subscribe to the Basic and Shopify plans.

At the same time, the majority of Spotify’s gross merchandise volume (the $ amount of products sold within the platform) comes from merchants paying for the Advanced Shopify and Plus Shopify plans.

And as reported by Shopify also the retention of the highest-priced tier (Shopify Plus) is higher, compared to the lowest tiers.

Shopify Plus is a service thought for enterprise customers, with larger volumes, which is several times more expensive than the advanced plan.

Shopify Plus is for merchants with higher-volume sales and it offers additional functionality, scalability, and support requirements, including a dedicated Merchant Success Manager.

That comprises brands like Unilever, Kylie Cosmetics, Allbirds, and MVMT. Shopify has around 5,300 enterprise accounts as of 2018, which are a key driver of both the company’s subscription and merchant revenues.

Enterprise contracts are also way more stable as the enterprise clients usually sign an annual or multiyear contract. And those plans automatically renew, unless notice of cancellation by the enterprise account.

Those consist of additional services offered on top of the platform.

As pointed out on its financial statements Shopify Payments is a fully integrated payment processing service that allows merchants to accept and process payment cards online and offline and is also designed to drive higher retention among merchant subscribers.

According to the company two-thirds of its merchants have enabled Shopify Payments.

In short, Shopify uses the merchant solutions revenues (which are higher than the subscription revenues in 2018) to have a higher retention rate for its subscription basis, which renews on a recurring basis.

Some of those key solutions (like Shopify Payments and Capital) sustain merchants’ activities, thus strengthening its core business.

Shopify defines its platform as a multi-tenant cloud-based system engineered for high scalability, reliability, and performance.

Shopify is hosted primarily on cloud-based servers. According to the company the key attributes and values of the Shopify platform can be summarized in:

Why The Ecosystem Matters

Open source has played a critical role in Shopify’s growth. Indeed, one of the key elements that make Shopify a compelling platform is given by its rich ecosystem of app developers, theme designers and other partners (digital and service professionals, marketers, photographers, and affiliates).

Key performance indicators are a few metrics that matter to the business and depending on the kind of business those might vary.

For instance, usually for a SaaS or subscription-based business, the key metric is the MRR or monthly recurring revenues. That’s because the core business is based on creating a recurring customer base.

For a platform hosting third-parties products and services, a key metric is called gross merchandise volume (GMV), or the $ volume of products sold through the platform by third-party sellers, or merchants.

Since Shopify is a hybrid between a subscription-based platform offering additional services, the company uses MRR and GMV as two key performance indicators (KPIs).

It is important to highlight that among the two, the GMV needs to be evaluated in accordance with the growth of the subscription base.

In short, Shopify core business is subscription-based, and its merchant solutions are a key ingredient to sustain the growth of the customer base, thus making the subscription service more valuable, by reducing the churn.

Let’s now break down the key elements of Shopify.